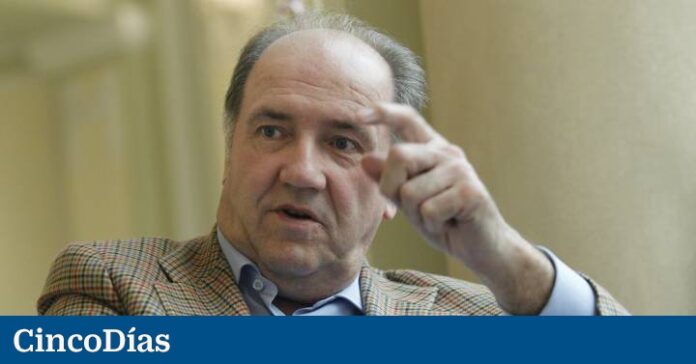 The winery group Vega Sicily It returned to record a record result in fiscal year 2019, something that it already did in the previous year, and which resulted in the approval of a record dividend for the company controlled by the brothers Marta, Elvira, Juan Carlos, Emilio and Pablo Álvarez Mezquiriz, sons of the late founder of Eulen David Álvarez.

Specifically, Bodegas Vega Sicilia recorded a net profit of 26 million, 5.6% higher than in 2018, as reflected in the individual accounts of El Enebro, the patrimonial company of Álvarez’s heirs and parent company of the group. Those of the winery itself have not yet been deposited in the Mercantile Registry.

These tend to stand out for the unique assessments that their administrators make of the economic or political situation in their management reports. In 2018, for example, it could be read: “We need new leaders with more talent, vision with perspective and service and good managers, not the best – what else would we like! – but simply good managers.” Or also a disquisition on artificial intelligence: “It will cause brain development in people because it will require minimums (technological interaction with people) that are higher than the usual ones in the world today.” We still have to wait for the reflections on fiscal year 2019.

Back to the results, the individual accounts of The Juniper do not detail the turnover of its main subsidiary, although it does reveal that it received a dividend of 40 million, for the 30 of the previous year, which is equivalent to an increase of 33% and which is also a new record. As this figure is higher than the profits for the year, it is deduced that this dividend was approved against the reserves of the company, as happened in the previous year.

This dividend of 40 million is the main income that El Enebro received from its subsidiaries in 2019, and that led to the end of the year with an individual profit of 38 million, 25% more. It is on this result that the family group establishes the distribution that finally ends up in the hands of its shareholders. Among them is María José Álvarez, president of Eulen and facing the rest of the shareholders of this company. It has approximately 16% of the shares.

Despite the increase in the base to be distributed, El Enebro continued with a policy of moderate distribution of dividends. These were from 550.000 euros, the same amount as in the previous year. As can be seen in the copy of the resolutions of the meeting held this past October, included in their accounts, 84% of the shareholders with voting rights supported all the items on the agenda. 16%, coinciding with Álvarez’s participation, did not.

At a consolidated level, which includes the activity of the rest of the group’s wineries, such as Alión or Pintia, or the meat business of Valleys of the Esla, El Enebro recorded a turnover in 2019 of 58.8 million euros, a slight decrease of half a percentage point compared to the previous year. 48% generated it outside of Spain.

In its management report, El Enebro claims to have “maintained its reputation, brilliant in this year, as a historical leader in the quality of Spanish wines, a fact that we have been proud of for a long series of years”.

Most of the income was generated by the wine business, with 49.7 million, slightly above the figure for the previous year. On the other hand, the meat business of Valles del Esla fell 4.5% to 4.3 million, while the real estate activity also fell, to 4.1 million.

The consolidated profit of the group was 18.6 million, 20% less due to the absence of extraordinary income.

Financing. The accounts of El Enebro show how just a year ago, in December 2019, the company signed new bank financing for a total of 80 million, considerably increasing its long-term liabilities. On the one hand, a bilateral loan for 30 million euros received from four financial entities, maturing in 2024 and payable in 10 semi-annual installments. And on the other, a mortgage loan for 50 million with maturity in 2019 to “finance the next investments in capex and their working capital needs.” Both loans were subject to “compliance with certain financial ratios as of fiscal year 2020”, and failure to comply would cause their early cancellation.