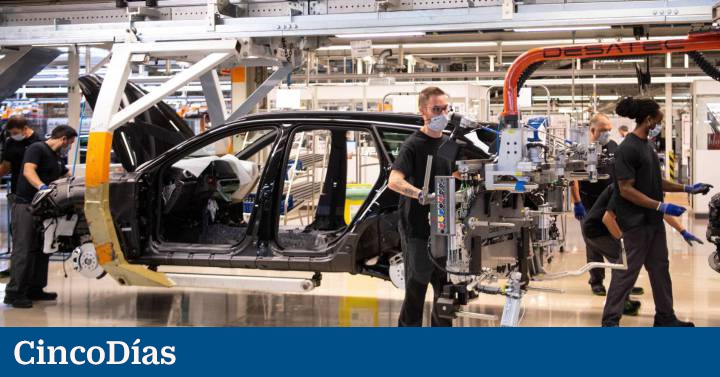 All the automobile groups in the world agree that the future of the sector lies in the electric vehicle. However, there is also unanimity in another aspect: to make an electric car, less labor is needed than for a combustion one, since it has fewer parts.

According to calculations that Seat has transmitted to the workers’ representatives in the framework of the negotiations for the new collective agreement for its facilities in Barcelona, the manufacturer will need 30% fewer man-hours to make electric vehicles in the future. This percentage will affect the production workforce, where Seat employs 8,000 people (the company employs a total of 15,000 in Barcelona). In this way, based on that percentage, the president of the SEAT works council, Matías Carnero, denounces that the future of 2,400 direct jobs is in danger.

“The company spoke of 30% less production labor (…) They will have to explain where they get the numbers. If not, things are going to get very complicated. When the company does not listen to us, we will have to seek mobilizations”, Carnero warns this newspaper. The company points out that while it is true that the motor industry in general will need 30% fewer working hours for the production of electric vehicles, “it does not mean that it results in a 30% reduction in the workforce [en Seat]”. “We are working to increase production volumes in the coming years and be able to partially offset this decrease. To do this, we want to focus on increasing the volume of our current and future models”, adds the manufacturer.

This explanation, however, does not convince the unions. “There is no relocation worth it, because there is a reduction in all areas in general and there is a general decline in all centers,” says Carnero.

Added to this is the uncertainty experienced by Seat Components, where more than 1,000 people work, a plant that is mainly dedicated to the manufacture of manual gearboxes, an element that the electric car lacks. From UGT they denounce that this plant (which is located in El Prat) is in danger of closing in the coming years if its production is not reconverted.

One possibility to ensure the future of this factory would be to assign it the production of the engines that will carry the electric cars that Volkswagen intends to make in Spain from 2025 in Landaben (Navarra) and Martorell. However, sources consulted by this newspaper estimate that the car giant will give these engines to a plant that the Volkswagen group has in the town of Györ, Hungary.

For its part, from the company they affirm that a final decision has not yet been made in this regard, which will be transmitted at the end of this month. “If Seat Components are not given motors, we will have to look for other alternatives”, explain company sources, specifying that “the company’s electrification plan contemplates the transformation of all production plants in Spain”.

Another of the points that has bothered the union representation at the beginning of the negotiations of the new agreement for the period 2022-2026, is that the company has proposed a wage freeze, something that the car company itself has confirmed. Currently, Carnero explains, the workforce is still waiting for the salary increase corresponding to the 2021 financial year, the year in which inflation has skyrocketed. The company, “to be more agile and efficient”, has proposed, in turn, an increase in the days worked by each employee year.

“In addition, we must take advantage of the next five years until the arrival of the electric car, to reorganize ourselves and ensure a progressive adaptation,” said the car company. The next meeting between union representatives and company management will take place on February 23.

“We must guarantee a framework of stability in this complex context, with the aim of reaching a collective agreement that allows us to continue advancing in our four priorities: electrifying Seat, promoting Cupra’s growth, strengthening the business model and transforming the culture of the company. company,” reported the carmaker.