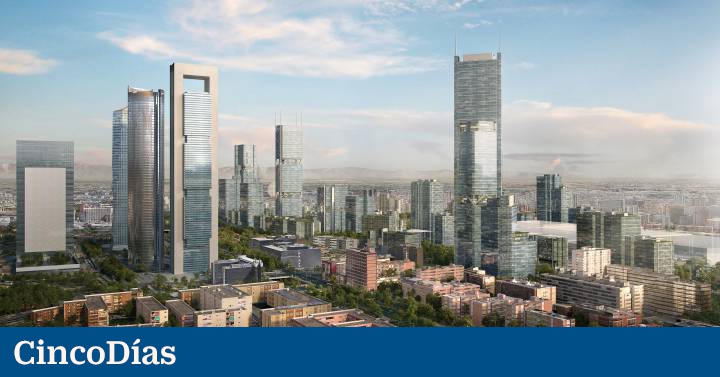 The Provincial Court of Madrid has overturned the appeal filed by Baraka Capital Group against BBVA and Distrito Castellana Norte for reversion rights of the expropriated land that gave rise to the Madrid Nuevo Norte urban project and for which compensation of 714 million euros was claimed.

This is stated in a sentence dated March 31 in which the appeal presented by the group led by the businessman is rejected. Trinity Casanova against the decision of the Court of First Instance number 40 of Madrid, of April 2021, which has already dismissed said claim.

Against the resolution, which imposes on Baraka Capital Group the procedural costs, it is possible to file an appeal to the Supreme Court. In their arguments, the magistrates allege that the expropriated did not transmit to the plaintiff “the right of reversal that was fully specified and recognized” either by the expropriating Administration or in the ruling of the contentious procedure that they could have raised to that effect.

Baraka was interested in the demand that it be declared that BBVA and DCN they were contractually obliged to pay the reversion rights derived from the expropriation procedure of the Chamartín and Fuencarral railway facilities, and they were sentenced to pay him the amount of 713.8 million euros, as the owner who claimed to be of those reversion rights.

The group led by Trinitario Casanova signed in 2018 with the former owners of the land an agreement on his reversion rights that he would make effective if he managed to be the owner of the land.

Baraka demanded that, as the holder of said reversion rights, the amount of 713.8 million euros to both entities, an amount calculated from the “loss suffered by the deprivation of their reversion rights derived from the aforementioned expropriation procedure of the Chamartín railway facilities and Fuencarral, given the impossibility of restitution in natura of the farms”.

Does not hold legitimacy

Now, the magistrates ratify the judgment of instance and point out that the appellant does not have active standing in the appeal, since he did not acquire any reversion right from the No Abuse Association, since it did not have any right of reversion that could be transmitted to Baraka. .

“The appellant cannot claim to obtain recognition of any compensation, in short, the reversal and its effects, by the indirect route that it seems to have promoted, that is, by using the civil jurisdiction in a forced and inadequate manner by alleging breach of the contract of adjudication by the entity DCN despite not having intervened in it as a party, and for which only the contentious-administrative would be competent, in view of the applicable legislation and jurisprudence,” the ruling states.

The reversion procedure ended with a final and final ruling and there is no other pending petition regarding the reversion rights of the expropriated parties, therefore, no reversion right could be transferred to Baraka.

Likewise, it is stated that another claim or request for reversal, once the one presented on October 29, 1999, that is, prior to the entry into force of the Building Regulation Law, had to be examined through the modification that this Law introduced of articles 54 and 55 of the LEF, which would imply being subject to the 10-year term that it contemplates for such purposes.