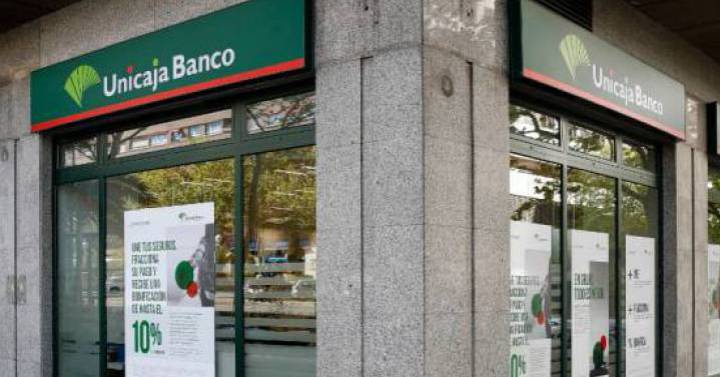 One hundred percent of the union representation of Unicaja Banco (CCOO, UGT, CIC, CESICA and CSIF) has called for this Friday what is, according to CCOO, the first labor strike of the entity, as a protest to the employment regulation file (ERE) that the bank intends to carry out.

The centrals have made this decision after not perceiving progress in the negotiations of dismissal and collective transfer in the meetings of November 23 and 24 and one week after the end of the period to reach an agreement on the ERE, which could affect 1,513 employees and at the closure of 395 offices.

The CCOO communication manager, Alicia Domínguez, has insisted to Efe that social work stoppages have previously been carried out, but this is “the entity’s first strike” and has slipped that they have a “good feeling” regarding the intention transferred by the workers to support the strike.

The UGT has encouraged the workers to back the strike with cuttings of press headlines in which there is news of a wide follow-up of other strikes in entities such as Banco Sabadell, Caixabank or BBVA, arguing that this method of protest “works”.

The CIC central, which includes SUMA-T, STC and SIBANK, has offered a series of guidelines for the follow-up of the strike, in which it explains to workers that they do not have to communicate that they endorse it or sign in at the office since , recalls the union, it is a fundamental right included in the Spanish Constitution.

CESICA, like the rest of the unions, has notified the entity that no delegate will be able to use union hours on the day of the strike to be in the same situation as the rest of their colleagues and calls on the staff to second it because ” deserves these layoffs that will affect many families. “

Until last week political representatives had remained on the sidelines of these negotiations, but this Thursday the counselor of the Presidency of the Board, Elías Bendodo, has expressed his “concern” about the evolution of these and has urged the parties to reach a agreement “least harmful” for workers.

In addition to the strike on the 26th, the unions have carried out a mobilization in front of the headquarters of the bank and the Unicaja Foundation in Malaga, and will concentrate this Friday in Seville, Albacete, Ciudad Real, Cuenca, León, Valladolid and Toledo for which the CSIF union considers the “worst ERE in the sector”.

This ERE negotiation is carried out after the merger of Unicaja Banco and Liberbank, which led to the creation of the fifth bank in the country, with a current volume of assets close to 110,000 million, more than 4.5 million clients and approximately some 1,400 offices.

The entity intends to terminate almost 2,700 employees given that to the 1,513 dismissals there are some 1,200 early retirements, 730 who were on leave of absence at Liberbank and 437 from the former Unicaja Banco with whom an agreement has been reached.