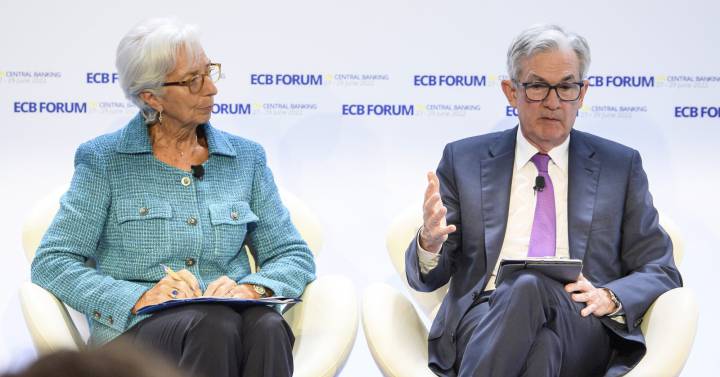 The anti-fragmentation mechanism that the ECB is preparing already has a name. According to several sources told the Bloomberg agency, the new tool will be called the Transmission Protection Mechanism, although the name is not definitive. The objective of this mechanism is to avoid deviations in the risk premiums of the member states that pose a risk to financial stability and the transmission of monetary policy, as happened in 2012.

Its announcement in mid-June served to calm nerves in the debt market, especially the peripheral one. Although in recent weeks all eyes have been on the program, at the June 9 meeting it was addressed in passing. This would help to understand why Christine Lagarde hardly provided details in her appearance before the media and called an emergency meeting six days after the commotion that the market was experiencing. Her approval is now pending. Investors priced the announcement of the details for next July 21. A forecast that is not yet firm.

Although the talks have continued their course, there are still fringes to be defined. ECB officials are confident that the reluctance shown by some of the member countries can be overcome, indicates Bloomberg. Earlier this week, Vice President Luis de Guindos said that he hopes an agreement will be reached.

One of the most critical of the measure has been the president of the Bundesbank. In line with what was pointed out in the previous meeting, Joachim Nagel has pointed out in recent days that it is practically impossible to decide whether a profitability differential is justified or not. “It would be fatal if governments took it for granted that the eurosystem will ultimately be willing to guarantee favorable financing conditions for member states,” he added.

According to Bloomberg, among the issues that are generating the most discussion are the eventual conditions that will be required of the countries that make use of the measure. Some critical voices have already emerged, fearing that this anti-fragmentation program will counteract rate hikes.

Francois Villeroy, a member of the ECB’s governing council, has reiterated that designing a mechanism to combat any unjustified deviation in the area’s debt markets is essential for the institution to keep inflation under control. “Transmitting monetary policy correctly is part of our mandate. Working on a mechanism that prevents market fragmentation is a duty of the governing council and not a concern to accommodate any particular state,” he said.

At last month’s meeting, officials’ discussions revolved around raising rates. According to the minutes, the underlying idea of ​​the talks on monetary policy is the need to act more aggressively than initially planned. The council members went on record that the motto of gradual increases does not mean that actions are slow.

Risks to the inflation outlook were seen “mainly to the upside” with some policymakers arguing that the criteria for rate hikes had long since been met. According to the minutes, many of the participants suggested that the delay in monetary normalization should be compensated by implementing a larger rally in July and more continuous hikes in the third quarter.

Although Lagarde anticipated an increase of 25 basic points for this month, the most aggressive members consider that this rise is insufficient. “Several members expressed a preference to keep the door open for a higher hike at the July meeting,” the minutes stated. Weeks after Guindos pointed out that in September the ECB could raise rates by another 25 points, it now seems more likely that by the turn of summer the rise will reach 50 basis points.