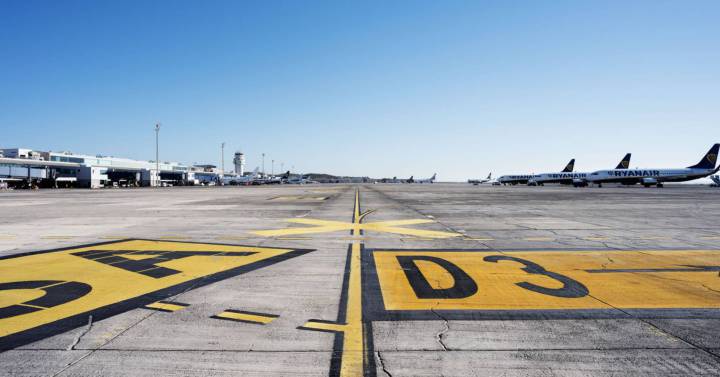 Everything ready for Aena start applying on March 1 the new rates corresponding to the 2022 financial year, which come with a reduction of 3.17%. The CNMC has given its approval to the fee structure that came out of the board of directors of the airport manager on December 21, as communicated this morning to the CNMV, and the decrease in the maximum adjusted annual income per passenger (IMAAJ) is the aforementioned 3.17% compared to 2021.

Based on traffic estimates for 2022, expressed in the Airport Regulation Document (DORA 2), the savings for airlines will be about 60 million euros regarding the 2021 rates. Aena’s management has avoided complaints and company sources state that Spanish airports gain competitiveness compared to its European peers. The CNMC has spoken of a “significant rate reduction, highest to date since the entry into force of the first DORA”, and added that the measure will encourage the recovery of traffic.

Aena will aspire to a maximum income of €9.95 per traveler once the supervisor has considered applicable rates that come out of a hard tug-of-war between the operator, the airlines, the CNMC itself and the Government. The 3.17% reduction is distributed linearly among the rates for all Aena airport services: landing, passengers, security, etc. In determining the IMAAJ health and operating costs have been taken into account in which the public company incurred due to the pandemic: €59 million in 2020 and €81 million in the first nine months of 2021. An acknowledgment, the latter, that has generated confrontation between the operator and the airlines.

Based on traffic estimates for 2022, the savings for airlines will be around 60 million compared to 2021 rates

The IMAAJ collects €0.80 per passenger for those 140 million in extra costs, supervised by the CNMC, motivated by measures ordered by the Government to control the pandemic at airports. Without that note in favor of Aena, the rate reduction would be 10.99%.

It is foreseeable that the prices of 2023 will maintain a certain impact due to the costs related to the Covid. And it is that, the fourth quarter of 2021 and 2022 in which Aena continues to dedicate resources to the control of positive cases and possible infections remain to be affected. It is conceivable that the invoice applicable to airlines, through tariffs, will already be less than this year.

The CNMC has highlighted this morning the “lack of agreement between Aena and the airlines on the moment of repercussion of these costs [derivados del Covid] to Aena’s rates”. Given the conflict situation, the decision has been to include them in the calculation of the rate variation corresponding to 2022 “In order to preserve tariff stability“says the supervisor.

In favor of Aena plays the section 2 of the first additional provision of Law 2/2021, which gives you the right to recover the costs for your collaboration with the health authorities. If the Government decided to subsidize or help Aena with this load, the airport manager would make the appropriate discounts to the airlines.

Regarding the one known as P-indexwhich includes annual price variations that affect airport activity and are beyond the manager’s control, was set at 0.40, which was already applied by Aena in its own rate plan.

just a year ago the Regulatory Supervision Chamber determined that the IMAAJ for 2021 was 10.27 euros per passenger (10.42 euros in 2019 and 10.27 euros in 2020). As for the P index, it was incorporated for the first time into the calculation of these patrimonial benefits in 2020. The company believes that this year’s 9.95 euros does not set a ceiling for the 2022-2026 period, despite the fact that DORA sets the rate freeze until 2026 as the maximum to which the company can aspire.

Confrontation with the airlines

The group that leads Maurice Lucena and the CNMC have also reported this morning the existence of a conflict procedure opened last February 3 by the association Iata and by Ryanairthe airline with the most traffic in Spain, on the modification of airport fees for this year.

The dispute is settled before the CNMC and does not affect the entry into force of the new price framework on March 1. In fact, Aena believes that “this procedure will not give rise to the modification of the rates approved by Aena and supervised by the Commission”, it has indicated in its communication to the CNMV.

The associations Iata and AIRin addition to IAG, Air France, KLM and Condoraddressed the Minister of Transport and the president of the CNMC in December showing their disagreement on the recovery in the 2022 rates of the costs caused by the Covid in 2021. Complaints were also added Lufthansa. In the opinion of these references from the airline sector, this allocation of costs should be limited to those of 2020. Ryanair went further and sent a letter to the CNMC Airport Tariffs Subdirectorate against the temporary imputation of the Covid-19 costs and the value applied to parameter B of the tariffs, which is the one that includes the incentives and penalties that appear in the DORA for the quality of the service provided.

The premiere of rates for 2022 is accompanied by incentives in search of traffic recovery in the summer season that begins on April 1. The first bonus will be applied to the increase in the volume of travelers, prioritizing the occupancy factor of the flights. And there will also be a second incentive for regular commercial helicopter operations originating from the Ceuta and Algeciras heliports for the summer and winter seasons.

Between the summer of 2020 and January 2021 the company has reimbursed incentives for €82 million. As good news, Aena revealed this morning that there are signs of a clear recovery in activity in the coming months: airlines have made capacity reservations for the summer season for 220 million seatswhich implies an increase of 3.6% compared to 2019.

The first major milestone for Aena prices between 2022 and 2026 came from the last Council of Ministers in September, when it was approved the rate freeze between 2022 and 2026a period that covers the second Airport Regulation Document (DORA 2). With this, the request for an increase defended by the public company was rejected, but the claim for reductions that came from the airlines was not granted either.

The decision of the Executive was adjusted to the Law 18/2014, which sets the interannual freeze until 2025 as the maximum to which Aena can aspire. The tariff proposal that Aena made before the General Directorate of Civil Aviation (DGAC) It was an increase of 0.52% per year between 2022 and 2025, based on the increase in the cost of security services by 210 million due to regulatory changes, and 3.29% in 2026. The CNMC responded by proposing an annual reduction of 0.44 % until 2026.

The rates that begin to apply on March 1 reflect a investments of 2,250 million until 2026450 million on average per year, at a time of uncertainty to estimate the rate of recovery of air traffic.