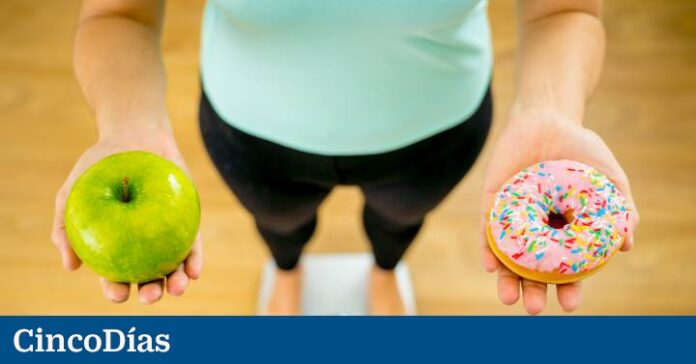 No kidding, the telecommuting fattening and, incidentally, seriously harms health. During the first two months of confinement, more than 45% of Spaniards gained weight and the majority gained between one and three kilos, according to a recent study by the Spanish Society for the Study of Obesity (Seedo).

“More three than one,” says Juana Carretero, vice president of the Spanish Society of Internal Medicine (SEMI). “Many of the patients who have come to my office in recent months have gained up to five kilos and not only because they have eaten more, but mainly because they have not exercised.”

Proof of this is that, according to the Official College of Nutritionists Dietitians of the Valencian Community, more than 70% of the consultations that these professionals have received in the last weeks of the first state of alarm has had to do with diet and weight loss , mostly among the group of women.

And, in fact, “women have been the ones who have been most affected, especially in the first phase of the pandemic”, affirms the nutritionist doctor Nicolás Romero. But, in the second wave, “overweight has tended to equalize by sex and age.” Although sources from the medical community maintain that the health of women has worsened compared to that of men due to their role as caregivers, despite the fact that men are biologically more susceptible to obesity and metabolic diseases.

This is not to be taken as a joke, considering that the obesity it is the cause of many other serious diseases such as diabetes, hypertension, cholesterol, COPD, stroke and heart disease, among others. And especially this year, in the middle of the pandemic, when overweight people have a 46% higher risk of catching Covid, a 78% risk of admission to ICUs and the risk of mortality is 48% higher, they indicate from Seedo.

“Teleworking will be beneficial for the economy, but not for health,” warns Carretero. In addition to the fact that “most of the patients with these pathologies have been poorly controlled during the pandemic due to the situation of the primary care centers.” And he adds that “working at home reduces mobility, prevents obtaining vitamin D and alters the circadian rhythms that regulate sleep.” “In a year we will see the consequences because there will be more episodes of stroke, heart failure, ischemic heart disease and knee osteoarthritis, among other pathologies,” predicts this internist at the Zafra Hospital (Badajoz).

The problem is that in Spain they do not want to recognize obesity as a chronic disease and patients look fat, not sick, Carretero warns. “Their lack of recognition also prevents these patients from easily accessing the treatments, which, above all, are not funded by the National Health System,” he criticizes.

Being overweight is becoming another pandemic, but a silent one. 23.6% of patients who attend internal medicine consultations suffer from obesity (defined as a body mass index greater than 30) and 60% are overweight, according to the Obemi study of the SEMI. Even more bloody figures in children, where one in four is overweight.

Romero insists that teleworking, which this year has been performed by three million Spaniards, has helped to detonate the four axes (hypertension, hyperglycemia, hypercholesterolemia and hyperadiposity). And he points out that, in addition to the lack of mobility, even if it is to go to the office, work at home “disrupts meal schedules, necessary to avoid gaining weight, and there is a tendency to reward food, usually ultra-processed, due to hunger emotional produced by anxiety, much more impulsive than physical ”.

A problem that could worsen, taking into account that another and a half million people could join telematic work shortly and the lack of mobility will increase the number of cases of overweight in the coming months, they calculate in the Official College of Dietitians and Nutritionists Valencian .

Abdominal fat is the one that must be controlled the most because it negatively influences metabolism and favors the development of cardiovascular diseases, diabetes, gout … In women, the abdominal girth must be below 88 centimeters and in men, under 102, advises nutritionist Nicolás Romero.

Having a body mass index less than 30 requires individualized measures depending on where the fat is accumulated, with exercise and without restrictive diets, suggests Juana Carretero, from the SEMI. Also take care of the telework environment, plan the menu, consume fruits and vegetables daily, legumes, eggs, fish, avoid ultra-processed foods and use the oven more, recommend Valencian dietitians.