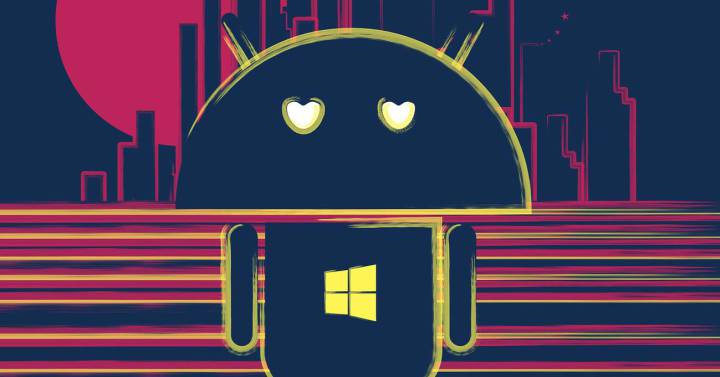 Little by little, the hidden novelties of the new version are revealed. android 13 which is now available to developers. And, it seems, there are some that Google has not talked about and that are very interesting. An example is the excellent virtualization options that the new version of the Mountain View company’s operating system has. And, these, have been discovered in a surprising way.

From the hand of Danny Lin a developer dedicated to exploring the possibilities offered by Android version after version, comes information that is as curious as it is surprising: there is the possibility of run the operating system in a virtualized way Windows on terminals that have the latest version of the mentioned Google work. And we are not talking about an old Microsoft distribution, no, but the latest one on the market. Quite a surprise!

As Lin has posted on his Twitter account, he has managed to install an ARM version of Windows 11 on his Pixel 6 (this is the phone you have for testing). And, best of all, is that the operation is complete and performance is not bad despite the fact that it has been necessary to make some adjustments so that the execution is complete -and, in addition, the graphic acceleration was not available-. The truth is that this is quite a surprise and makes it very clear that, despite the fact that nothing has been said by Google, virtualization has improved very significantly in Android 13.

Well, perhaps in this version of Google’s work this is not seen as something useful, but if it is possible to run different virtualized operating systems on Android, the possibilities of using this operating system are increased exponentially. An example of what we are saying is that the running cloud-based games and even natively include an additional operating system for use it professionally without having to use a computer at all.

Besides, if this is confirmed and the Mountain View company intends to fully exploit this possibility that we are talking about, everything that has to do with the tablets Android would change radically. Surely, more than one would be convinced to have one of these devices that, if necessary, would allow the use of Windows to be more productive -or perform more complex tasks-. The truth is that a huge range of possibilities opens up.

Well yes, apart from running Windows 11 on Danny Lin’s Pixel 6 he has also managed to launch different versions of Linux distributions. Therefore, it is very clear that we are talking about something that is nuclearly integrated into Android and not a casual combination. We’ll see if this can be put to good use immediately, but the prospects are excellent.

What to do if your firm is facing a lawsuit

Things To Consider Before Choosing an Alarm Systems for Home