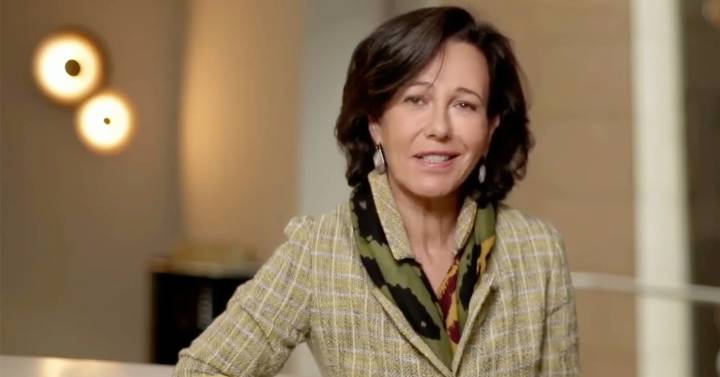 The large Spanish banks that are listed have begun to recover the payment of the dividend after the end of the veto imposed by the European Central Bank (ECB), given the economic uncertainty generated by the pandemic in March 2020. The first entity that has announced the remuneration to its shareholders has been Bankinter. It will do so on October 1. The second has been Santander, whose board of directors has approved a proposal to remunerate shareholders on account of the results of 2021 through a cash dividend and a share buyback for a total value of about 1,700 million euros, equivalent to 40% of the ordinary profit of the first semester of 2021. 20% of the earnings in cash, and the other 20% in repurchase of shares.

In this way, it will distribute a cash dividend of 4.85 cents per share as of November 2, and a share buyback worth about 841 million euros.

In the first quarter of 2022, it will announce another additional remuneration also charged to the benefits of 2021, subject to internal and regulator approvals, to be paid at the end of May, of another 4.85 cents per share and with share buyback.

If this second remuneration is approved, the final payment charged to the results of 2021 would amount to 3,500 million euros, equivalent to a profitability of around 6%, of which approximately 50% would be in cash and the other 50%, in repurchase of shares (3% of the total share capital in circulation in total), which at yesterday’s price of the share would amount to about 1,600 million euros.

The repurchase of shares has become one more way to remunerate the shareholder. BBVA, in fact, plans to carry out the repurchase of 10% of its capital, more than 3,700 million euros at the current price of the bank’s capital, which would pay with part of the capital gains obtained from the sale of its subsidiary in the United States. United.

If the bank’s earnings trend for the first half of the year continues, Santander will reward its shareholders with a total cash dividend for 2021 in line with the cash dividend paid in 2019 before the regulatory restrictions imposed on March 27, 2020.

Last year Santander paid a cash dividend of 2.75 euro cents per share, the maximum allowed due to regulatory restrictions, and which was equivalent to 15% of profit. In 2019 the payment was around 10 cents, and it would triple that of 2020, which was 2.75 cents (the maximum allowed by the ECB). The return of these payments occurs in the last part of a year in which the behavior of financial values ​​in the market is being very positive, according to analysts.

The bank expects to close the year with a fully loaded CET 1 capital ratio at the top of its target range of 11-12%.

Ana Botín, president of Banco Santander, explained that “the evolution of the business is very good and we are in line to exceed the profitability target on tangible capital (RoTE) for the year of 13-15%”, and added that at the bank “we see interesting opportunities to continue growing profitably and organically. The update in the shareholder remuneration policy reaffirms our confidence that investing in our own shares at their current valuation is an attractive opportunity to generate long-term value for our shareholders. We will continue to invest with discipline in businesses with high growth and high profitability ”.

A wide group of investors in the bank have shown their interest in receiving cash dividends, while others prefer to buy back shares.

The main advantage of a share buyback is that when the shares trade below their book value, as is the case with almost all banks, it is that the number of outstanding shares is reduced and the tangible value per security is increased. something that, in addition, has no tax effect for shareholders and allows an improvement in earnings per share and future dividends, with which companies do it to generate long-term value.

The bank had already indicated that it intended to restore a dividend of 40% to 50% of ordinary profit. Santander closed yesterday at 3.08 euros per share, with a fall of 3.83%. The group closed the first semester with an ordinary profit of 4,205 million euros (3,675 million of attributable profit).