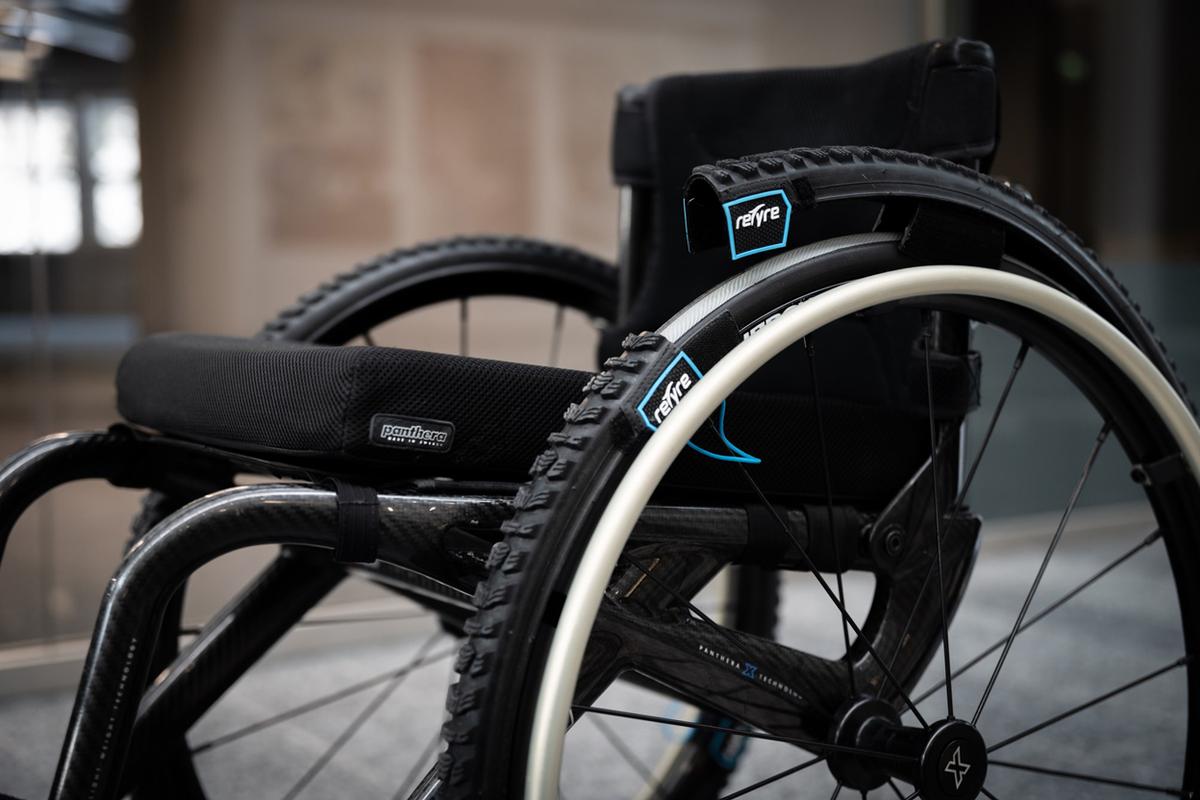 When wheelchair users are traversing loose or slippery surfaces (such as snow or wet sidewalks), it would help if their chairs had knobby, grippy tires. Well, that’s what the reTyre Traction system is claimed to give them, within a matter of seconds.

reTyre first came to our attention in 2018, when the Norwegian company introduced a setup that allows mountain bikers to quickly swap treaded “skins” on and off of an underlying smooth-surfaced base tire. In that way, they can use just the base tire for commuting, then add the skins when they want to hit the trails. There are also studded skins, for winter commuting.

The Traction system takes that same basic idea, but applies it to wheelchair tires. Whereas the original mountain bike setup utilizes tire- and skin-integrated zippers to attach and detach the skins, however, Traction takes a quicker, simpler approach that allows the skins to be added to third-party 24-inch tires.

For each wheel, users begin by popping a supplied clip onto the wheel rim, up from the underside (the spoke side) of the rim. Next, utilizing Velcro patches on both the sides of the clip and the ends of the skin, they attach one end of the skin to the clip. They then just roll their chair forward or backward – depending on which direction the skin is facing – rolling the skin onto the chair’s existing tire in the process. Finally, they Velcro-fasten the other end of the skin to the same clip they started at.

According to reTyre, the whole process takes about 30 seconds. And needless to say, it’s simply reversed for taking the skins off again. Those skins feature a tread pattern which is said to be specifically designed for wheelchair propulsion and braking, plus they’re made of a natural rubber compound that reportedly provides exceptional grip on slippery surfaces.

reTyre partnered with Swedish wheelchair manufacturer Panthera on development of the system, with the latter company now serving as the distributor. There’s currently no word on pricing or availability. In the meantime, though, you can check out the installation process in the video below.

What to do if your firm is facing a lawsuit

Things To Consider Before Choosing an Alarm Systems for Home