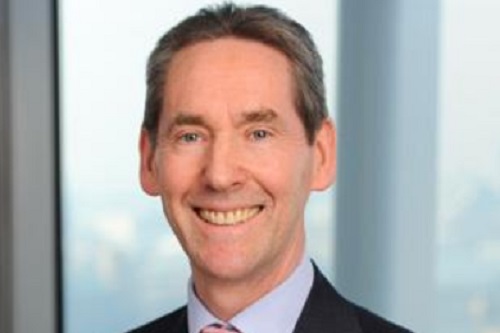 Hydrogen is seen by many as a cleaner alternative to traditional fuels. A growing hydrogen economy has the potential to cut global emissions. But how prepared is the insurance market for these new risks? Ian Robb explains.

Having been called ‘the fuel of the future’ for decades, hydrogen is finally living up to its epithet. In February this year, the proposal to build the world’s largest integrated renewable and competitive green hydrogen complex in Spain was announced. Scheduled to start production in 2025, the huge complex will use solar energy to extract green hydrogen from water, which can then be used to produce green steel, green ammonia, green fertilisers and other low-carbon and energy products. With hydrogen being touted by advocates as a cleaner alternative to fossil fuels, the Spanish plant is just one of many being proposed around the globe.

According to law firm Clyde & Co, energy insurers should be prepared for an increase in demand for insurance to ‘construct and operate electrolysis plants and pipelines for green hydrogen production and transportation’. But not all insurers are converts to the cause.

Hydrogen is one of the most abundant elements in the universe and its smallest molecule. On Planet Earth hydrogen is present not only in water but in fossil fuels like natural gas. Because of its high flammability, only very low levels of energy are required to ignite the gas. The small size of hydrogen atoms means it disperses in air differently to other gases so requires specific sensors to detect it.

While its value as an energy source has been understood for decades, the drive to achieve net zero CO2 emissions has led to a re-evaluation of hydrogen’s importance in the fight against climate change. The reason is that when hydrogen burns in air, it produces nothing but water vapour. When seen from this perspective, it is the cleanest possible, non-polluting fuel. But that’s not the whole emissions story. Although hydrogen burns cleanly, it cannot be described as a zero-emission fuel because of its production process. Most hydrogen used today is extracted from natural gas, a process that consumes large amounts of energy and generates CO2. Producers are proposing ways of capturing the CO2 but some commentators remain unconvinced that hydrogen is the panacea advocates would have us believe.

The move towards a more hydrogenbased economy is complicated. Hydrogen fuel cells can power vehicles but, when used on a large scale, modifications to petrol stations and gasoline infrastructure will be needed. Hydrogen can also heat homes and provide the fuel for some electricity generation but not without new boilers, pumps, sensors and storage facilities. Because it is so light and diffuse, hydrogen must be stored at greater pressure than natural gas or as a liquid in order to condense it sufficiently to, say, power a car for a lengthy journey.

Already, investment in plants to produce so-called green hydrogen – hydrogen derived from electrolysis of water using renewable power sources with no CO2 emissions – is booming in regions like the Gulf States and Australia. 20% of senior oil and gas professionals surveyed in 2019 said that their organisation was already actively entering the hydrogen market. By 2020, that figure had risen to 42%. These are major investments, with Saudi Arabia’s planned development in Neom announced last year to include a $5bn green hydrogen project, scheduled to come on stream in 2025, to produce feedstock for green ammonia that will be exported to global markets. The green hydrogen plant will use renewable electricity generated by four gigawatts of wind and solar energy. As a comparison, the UK’s current total electricity demand is around 40 gigawatts.

As is the case with most large infrastructure and energy projects, without insurance for their construction phase and eventual operation, the chances of them going ahead are negligible. Consequently, the insurance market’s willingness to get involved with hydrogen projects is critical – but it’s far from a given.

This is an important time to be underwriting these risks and helping countries cut emissions, but the reality is that not all insurers may have the risk appetite and expertise necessary to underwrite hydrogen production, even on a syndicated basis. At Liberty Specialty Markets, we see hydrogen as an attractive proposition while also recognising its importance in reducing emissions. Having been a leader in the global energy market for years, we believe hydrogen production risks are closely aligned to other risks we write and they do not fundamentally change our exposure. Certainly, our long-standing involvement with oil refineries has given us first-hand experience of the gas. Hydrogen is used in the refining process to lower the sulphur content of diesel fuel so is already stored on site.

As mentioned earlier, hydrogen is highly flammable – so much so that it can even ignite spontaneously, hence the risk of explosion is something to which we are highly attuned. That risk is heightened by the fact that hydrogen is the smallest molecule in existence so leaks easily through joints and any other weak spots.

But what’s really changing today is the sheer scale of the risk of planned hydrogen projects. For example, the technology behind electrolysers – the units in which the process of splitting water into hydrogen and oxygen takes place – is well known, but the electrolysers themselves have grown to the size of entire buildings or warehouse-like structures full of electrolyser modules. Plans for the world’s largest, to be built in Germany, will see green hydrogen produced for a range of industrial customers and refuelling stations by next year.

With so much activity in the hydrogen sector, our team has strengthened its technical expertise and is spending more time engaging with industry specialists. With new hydrogen-related risks emerging all the time, Liberty believes that partnering with external experts and our own customers will be pivotal to a successful underwriting strategy. At the time of writing, we’re already working closely with one external vendor to develop a hydrogen value chain risk assessment that identifies and analyses risk at every step in the hydrogen production cycle.

According to a report by Bloomberg Intelligence, it is expected that global annual investment in the hydrogen sector will average $38bn between 2020 and 2040, rising to $181bn between 2041 and 2070. But it’s important to remember that hydrogen is just one element in the process of energy transition. The growth in battery storage capacity and offshore wind are also helping the energy sector move at a pace I’ve not seen before in my professional career. There will undoubtedly be challenges but the direction of travel is clear. It’s up to the insurance market to ensure that the journey is as smooth as possible and hydrogen is given the opportunity to deliver on its promise of a greener future.

Hydrogen is produced in several ways, each with its own distinct environmental impact and risks.

Grey hydrogen is typically produced from natural gas, or methane, through a process called ‘steam methane reforming’, while brown hydrogen is produced from the gasification of coal. These are the most dominant hydrogen production methods in use today. Both are relatively cheap but emit large amounts of CO2.

Hydrogen is labelled blue whenever the CO2 generated from grey and brown hydrogen is removed using carbon capture and storage (CCS) technology. With abundant natural gas and coal available, blue hydrogen could help scale the hydrogen economy, but this is dependent on wider adoption of CCS.

Green hydrogen is produced by the electrolysis of water. It is the ideal long-term, low-carbon production method. The process is powered by zero-carbon electricity such as wind or solar power. Currently expensive, green hydrogen should become more viable as the cost of electrolysers and renewable energy falls.