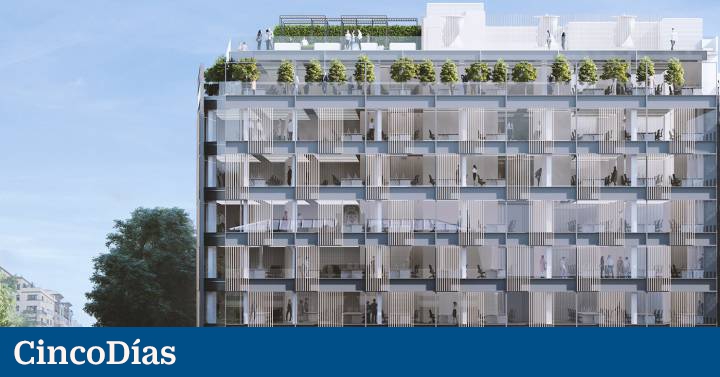 The American consultant mckinsey is negotiating the transfer of its corporate headquarters to the building that Colonial is renovating in the most prime area of ​​offices in Madrid. This is the property located at number 23 Calle Miguel Ángel, in the heart of the Almagro neighborhood, where the socimi is about to complete a reform of a green asset, practically carbon-neutral.

This is one of the jewels that Colonial is bringing to the market in its reform plan for various properties. In the last presentation to investors in February, the socimi indicated that it was in negotiations to rent 100% of the surface by Michelangelo. Mckinsey is expected to move into that building, although the parties have not yet signed the pre-lease agreement, according to market sources. Mckinsey and Colonial declined to comment.

The consultant will leave its current headquarters, at number 33 Sagasta Street, an asset that is also owned by the Catalan real estate company. Mckinsey, known as The Firm (or the firm), has around 415 employees in Spain, according to the latest accounts (those of 2020) presented in the Mercantile Registry.

This property was acquired by Axiare in 2015, for which it paid close to 60 million. When Colonial took over its rival, the asset became part of its portfolio. Along with the purchase price and the capex of the reform, the cost reaches 66 millionas can be deduced from the presentation to investors.

The design of the project, whose reform will end around May, is carried out by the studio Fenwick Iribarren. The property has 8,200 m² on seven floors, in addition to a 540 m² terrace and a commercial space. It has 70 parking spaces, another 13 for sustainable vehicles and for bicycles. The building will be considered as Nearly Zero Emissions Buildingmade with low-carbon construction materials, water-saving systems, wind turbines and photovoltaic installations, according to its website.

Colonial currently has a pipeline of nine assets under renovation, totaling 189,000 m² and for which it allocates an investment of 1,200 million. Another of his jewels, near there, will be that of Velázquez 86, whose works are also scheduled to be completed in the first semester.