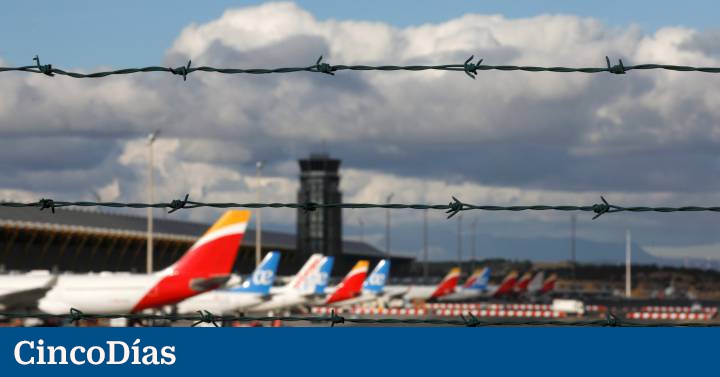 When it has just turned two years since it was agreed, the purchase of Air Europa by Iberia It does not stop getting complicated, as the CEO of IAG has acknowledged to the media this morning, Luis Gallego. “Right now I am more pessimistic than optimistic,” he declared.

The European Commission has until January 4 to decide on this integration in the airline sector after Iberia sent on October 27 a series of measures to facilitate competition, specially in domestic routes and to America, and pave the operation. “The remedies that we have presented are more generous than initially expected given the market context and that all companies are now smaller, “Gallego observed. Iberia had an agreement with World2Fly, of the Iberostar group, to transfer assets from the long-haul business and another with Volotea to give you several routes and slots in Spanish airports.

If the acquisition goes ahead, Iberia will take over its eternal rival in a more indebted situation and practically in technical bankruptcy if you do not receive assistance again. “Finding the balance is difficult between remedies requested by the EC, the debt and payment commitments, and the agreements with Globalia [matriz de Air Europa]. Now we have to review the operation so that the balance is positive for all “, explained the CEO of IAG, referring to practically the squaring of the circle.

The group’s management continues to believe that the sum of Iberia and Air Europa is positive for both IAG and the hub Madrid-Barajas and customers. After the last price cut by Air Europa, for which 500 million plus the debt would be paid, the penalty clause for 40 million is maintained if the agreement is broken. In this regard, Gallego has asserted that IAG would be willing to pay it if taking Air Europa does not offer advantages. In fact, he has also indicated that there are alternatives in the market to continue developing IAG: “The best option is Air Europa, but if it does not come out we will see others,” says the chief executive of the holding company.

Failure to go to public rescues, as Lufthansa or Air France-KLM did, leaves IAG free to hunt for opportunities. All in all, the repayment of debt will be a priority, while there could be capacity to buy airplanes and analyze growth opportunities. Asked about an alleged interest in Easyjet, Gallego has avoided commenting.

Iberia looks strongly at the end of the year

The Spanish Iberia has been the only IAG airline, and one of the few European ones, that has covered the third quarter with operating profit before exceptional. It earns 21 million and its operating margin is 2.5%. The president of the Spanish, Javier Sánchez-Prieto, has affirmed that the situation of positive performance can be repeated in the fourth quarter in view of the reserves.

Vueling, for its part, reached operational balance during the summer, and its president, Marco Sansavini, expects that the end of the year will also be better than the comparable period: “Our activity is more seasonal and we are improving compared to the periods comparable “.

IAG estimates that it will lose around $ 3 billion at an operational level this year and its CEO anticipates that in 2022 the benefits will return. “We have been able to cut losses by half and generate positive cash flow without counting on the North Atlantic business,” Luis Gallego remarked, “in the opening of flights to North America we have reserves for 100% of capacity in November and December and very good expectations for the summer “.

The return of Level and a more efficient British

Good market expectations, with the expected recovery in long-haul flights and the business flight segment, makes IAG think of growth from the highest possible efficiency. British Airways finalizes an agreement with its cabin crew (TCP), after doing so with the pilots, to fly from the London airport of Gatwick in a format similar to that of low cost. It is scheduled to depart with three aircraft, but Luis Gallego assures that BA’s service attributes will be maintained. Rates and labor costs, as well as rotations, can make a difference.

Another business that points to a certain reactivation is that of the low-cost long-haul business that the airline embodies. Level. This has been losing positions in Europe during the crisis until it entrenched itself in Barcelona-El Prat and the objective is to operate from the Catalan airport with ten aircraft. Vueling will play an essential role as a feeder, as will the disappearance of Norwegian’s long haul.