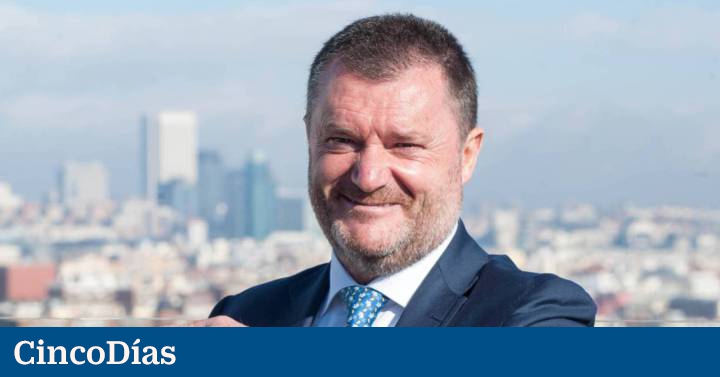 Lenovo, the world’s largest PC manufacturer, closed its second fiscal quarter (July to September) with revenues of 17,869 million dollars (15,460 million euros), 23% more than in the same period of the previous year, exceeding slightly estimated by analysts, who expected $ 17.3 billion, according to Refinitiv data. The company’s profit shot up to 512 million dollars (445 million euros), 65% more, which made it the best quarter in its history, and this despite the problems that the industry is experiencing due to shortages of semiconductors.

“Throughout the last quarter, both our net profit and our revenues have reached new highs and we are on the right track to double our net margin in three years. At the same time, our investment in R&D has increased by almost 60% and, looking forward, we will continue to advance our goal of doubling R&D spending to drive our services-led transformation, ”said Yuanqing Yang, Senior Advisor. delegate and president of Lenovo. Pre-tax profits were $ 742 million, up 58%.

The company highlighted that the demand for PCs and other smart devices continues to be high, mainly due to the recovery of the professional segment, with market reports pointing to a year-on-year growth of 18% in commercial PCs (excluding Chromebooks) during the last quarter, in addition to a forecast of increased demand due to the launch of Windows 11. Lenovo said it expects PC demand to be in line with industry assessments of 340-355 million units annually over the next few years. Likewise, he highlighted that the global smartphone market continues to present good growth opportunities, as does the Internet of Things (IoT) market, which is expected to have a compound annual growth of around 11% until 2025.

Lenovo has remained a leader in the PC business although its growth has slowed after five consecutive quarters of double-digit growth, according to Gartner. In the third quarter, its global market share grew 1.8% to 23.7%. The company said it will continue to invest in the premium segments to drive higher profitability and raise the median sales price.

The technology company said that the global shortage of semiconductors will persist in the first half of 2022. And, although it indicated that it has been able to respond better to the market than other rivals by securing more supply of components, it acknowledged that the lack of chips is “causing delays in the fulfillment of orders for PCs, smartphones and servers ”. The company’s shares fell 2.35% today, due, according to Guotai Junan analyst Gin Yu, to concerns about a lack of chips in the IT industry. Still, the company’s stocks have risen more than 70% in the last year.

In Spain, the CEO of Lenovo Iberia, Alberto Ruano, pointed out at a press conference that supply problems are especially noticeable in laptops and smartphones, and said that the company still has orders to deliver both in Spain and Portugal, where the demand for these devices remains strong despite the increased presence in the world of work. According to preliminary data, Lenovo ranked second in PC shipments in Spain in the quarter ending in September, with a market share of 24.8%.

Ruano, who assured that his objective for the coming quarters is to regain leadership in both countries, also indicated that Lenovo will not make discounts on the Black Friday nor at Christmas, due to the lack of equipment. According to the manager, the campaign of the Black Friday was born to liquidate inventory and continue selling, but now “the availability of the product commands. And everything in the stores is for sale ”. Ruano has also confirmed that Lenovo will raise prices to compensate for the third year warranty and the new requirements for availability of parts for repair imposed in Spain.