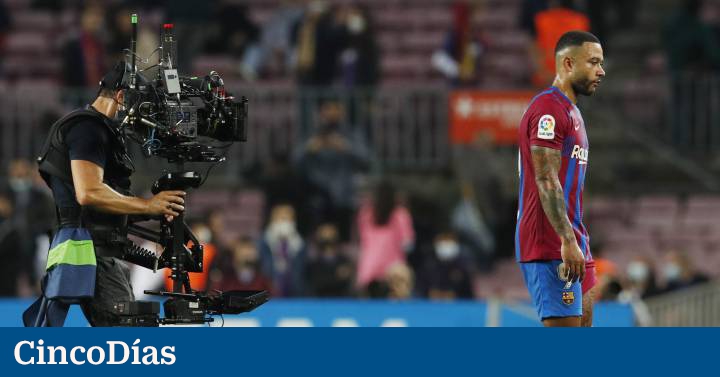 LaLiga opened the last wednesday the process of receiving offers for emission rights in Spain since 2022. And it did so by maintaining the bulk of the conditions that it transferred for analysis to the National Commission of Markets and Competition (CNMC), including those that the regulator, In a non-binding report, he asked to review or even eliminate them, considering them contrary to competition laws or what is contained in the Royal Decree 5/2015, which regulates centralized sales by LaLiga.

The main point of friction was the duration of the contracts to broadcast the first division matches. LaLiga, with the aim of attracting more operators and that they can make their investment profitable, includes the possibility of extending them up to five years, for the three fixed that governed until now. The CNMC requested its elimination and follow the criteria of previous processes, understanding that it contravenes European legislation. LaLiga defends the opposite, and as it has already advanced after knowing the Competition criterion, it has maintained this possibility in its definitive specifications.

However, this was not the only point of disagreement. In its report, the CNMC pointed out that LaLiga “assumes non-exclusive rights and reserved rights that do not find support” in decree 5/2015. For example, that the figure of producer of the matches be reserved. The employer maintains in the specifications that “the audiovisual production of all the matches and summaries” that it markets “will be carried out by LaLiga or whoever it designates”, and that it will be the one who assumes the production costs.

The CNMC considers that the norm only allows it to establish a pattern of production and realization, although LaLiga relies on the intellectual property law, which in article 120.2 establishes that the “natural or legal person who has the initiative and assumes responsibility for said audiovisual recording ”will have the status of producer.

Competition also questioned that LaLiga claims ownership of the previous and post-matches, by forcing the acquiring operators to reserve advertising space for their sponsors, since they do not contract advertising with brands that conflict with them, for example. Something that remains in the final conditions.

There also persists, although nuanced, the option for LaLiga to add additional value to a proposal that meets all the technical and distribution requirements, and “better accredits the business strategy to be developed.” In the draft delivered to the CNMC, that premium was 15% of the value of the offer, a percentage that in the final version drops to 10%

The employer has modified the part related to reserve prices, that is, the setting of a global minimum value and for each lot that, if it is reached by an offer, it would be automatically accepted. Finally, LaLiga only maintains a global reserve price. The CNMC considered a “clear quantification problem” to set the reserve price for each lot, and this possibility has been eliminated from the prospectus.

What is maintained is the fact that the lots put up for sale, and which the CNMC valued positively for their variety, are aimed exclusively at pay television operators. Competition also asked to include free-to-air televisions, something that has not been addressed.