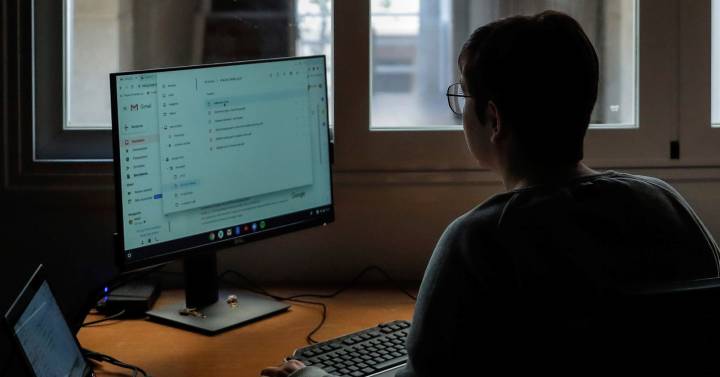 Teleworking decreased in the third quarter as the vaccination of the population progressed and the data on Covid infections and hospital pressure stabilized. Almost 1.6 million employees worked from home on a regular basis (more than half the days) between July and September, representing 8% of the total, the lowest percentage since the start of the pandemic. It is one of the conclusions of a report published by the National Observatory of Technology and Society (ONTSI), dependent on the Secretary of State for Digitization, based on data on telework from the INE’s Active Population Survey.

Despite the decline, the adoption of common teleworking in Spain is consolidating compared to the pre-Covid era. In fact, the proportion of employed persons who telework in Spain increased by more than three percentage points over what existed in December 2019, which was 4.8%.
The drop is observed not only in regular teleworking but also in employees who work from home occasionally, a rate that drops to 4.7% from 5.3% in the previous quarter, after several periods of growth since March of 2020.

By age, in all age groups a reduction in teleworking was observed in the third quarter compared to the previous period. The groups that work the most from home are the 25 to 34 age group (8.4%), followed by the 35 to 44 age group (8.3%). According to the study, these groups are the most involved with childcare. In contrast, those who work the least from home are the youngest, people between 16 and 24 years old (3.9%), and the oldest, those who are 55 and over (7.7%).

Precisely this argument can also explain the gender gap: 8.3% of women teleworked more than half of the days, 0.6 percentage points more than men. Regarding occasional teleworking, there are no differences by sex, for both men and women the percentage of employed persons who worked occasionally was 4.7% of those employed.
There are also differences by geographical areas. Madrid, with 16.6% of those employed teleworking, doubled the national average. Behind are Catalonia (9.9%) and Asturias (6.6%). On the other hand, the communities in which teleworking is less common are Ceuta (1.3%), Melilla (3%), Extremadura (3.7%) and Cantabria (4.2%).

The report also looks at telecommuting from a business perspective. With data from the first quarter of 2021 from the INE’s ICT use and electronic commerce survey, the document points out how tools such as videoconferencing, cloud services and virtual private networks have allowed staff to continue working from home in a pandemic . The companies best prepared for the smooth shift to work from home “were better able to maintain production levels despite confinement and social distancing measures.”

The Covid pandemic was therefore the trigger to promote teleworking. However, “it will be necessary to continue analyzing the evolution of this trend to be able to affirm that this practice has come to stay,” the study concludes.