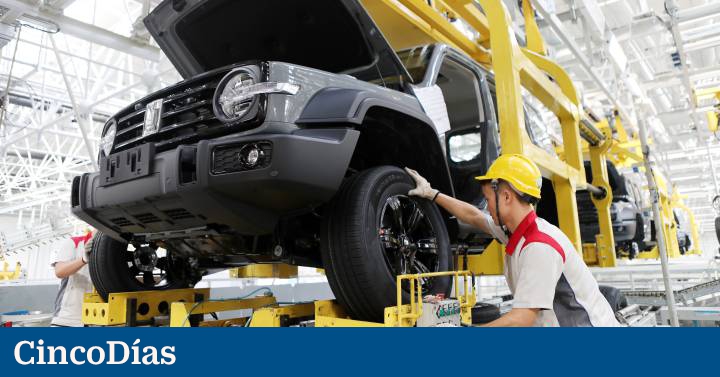 Great Wall Motor (GWM) is the best placed company to take over the plants that Nissan will cease to operate in Barcelona as of December 31 The Chinese giant made its candidacy official at the eleventh meeting of the work commission made up of the company , unions, Government and Generalitat of Catalonia, and that is advised by KMPG.

GMW is also considering the possibility of using the Montcada i Reixac center and is studying an initial investment of 150 million. But what are the numbers that support the Asian manufacturer to be chosen?

Sources close to the negotiations explain to Five days that the project proposed by GWM is the “most similar” to the activity that Nissan has developed in Barcelona up to now. They also underline that, thanks to its size, the company has a “great power of attraction” so that suppliers and companies related to the automotive industry can set up shop in Barcelona.

The Chinese multinational is dedicated to the design, development, production, sale and distribution of automobiles and has production centers in China (7), Malaysia, Thailand, Tunisia, Bulgaria, Russia and Ecuador. In addition, the company’s global R&D distribution spans Europe, Asia, and North America, with R&D centers in Japan, the United States, Germany, India, Austria, and South Korea.

On the other hand, it has been exporting vehicles since 1998, with 500 distribution networks in more than 60 countries and selling a total of 700,000 vehicles abroad. Currently, it covers the markets of Russia, Australia, Central and South America, Asia, the Middle East and Africa. In Europe it has recently landed. In 2020, it was the seventh Chinese company in the sector with the highest turnover and ranked one of its electric models as the tenth best-selling worldwide.

In recent years, the debt incurred by GWM with respect to equity [38,52% en 2020 frente al 14,04% en 2019] It has grown considerably motivated mainly by the purchase of new plants and their consequent international expansion. According to the same sources, a priori, “it does not seem that it is a serious problem”, since the company has sufficient liquidity and its expansion is translating into an increase in income and profits thanks to the growth experienced by its sales, which will allow you to deal with the debt incurred.

Likewise, as a consequence, it has also seen the return on equity, as well as the gross margin and the Ebitda margin, but always maintaining positive levels.

In 2018, it reached an agreement with BMW to create a joint venture for the production of the Electric Mini in China. The two companies announced an investment of 650 million euros through the joint venture Spotlight Automotive Limited for the construction of a plant in the city of Zhangjiagang, with a production capacity of 160,000 vehicles per year.

The proposal of the Catalan electric motorcycle manufacturer Silence and the Barcelona Decarbonization Hub (D-hub) led by the Catalan QEV Technologies are classified as “complementary projects”, while the project of the Belgian Punch is not going to be negotiated at the moment and it will remain in reserve.

According to the unions, the negotiation phase should be “fast” and an agreement should be reached by the end of October, although the work commission will meet again in early November. On his side, the project of the Belgian Punch has been practically ruled out. It had offered to produce 46,000 vehicles at the Barcelona plants by 2025