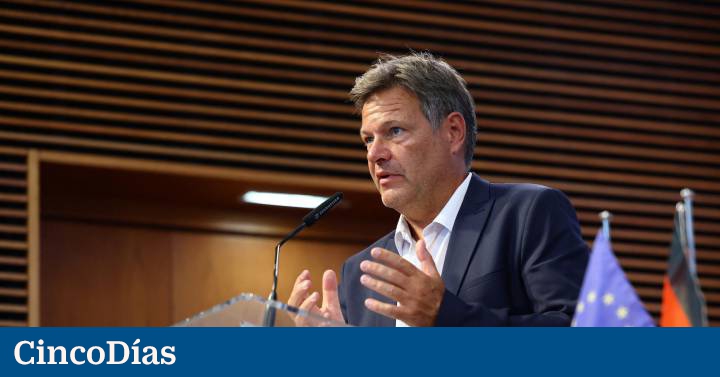 The German government has reached an agreement with energy companies to import liquefied natural gas through two new terminals, in an effort to ease the supply crisis that is crippling the economy. The Minister of Economy, Robert Habeck, has signed the pact with the companies Uniper and RWE, which will operate the floating terminals of Brunsbuettel and Wilhelmshaven, for the “temporary supply” of liquefied natural gas (LNG), as reported on Tuesday in a release. The two companies will also partner with EnBW and Verbundnetz Gas Aktiengesellschaft to purchase the LNG.

The infrastructure is essential for Germany to increase imports of the fuel, after Russia halted flows through a key gas pipeline in late spring. LNG shipped from around the world – from the United States to Qatar – has helped Europe reduce its dependence on Moscow and fill up warehouses to prepare for winter.

“Germany will be able to receive gas for the winter through the new terminals,” Habeck told reporters in Berlin. “The country is in talks with Qatar about the supply,” she announced. Germany does not yet have any import facilities of its own and, until now, has relied on neighboring countries to buy LNG.

But European terminals have been operating near full capacity since Russia cut off flows to the region after being sanctioned for its war in Ukraine. In May, Germany signed contracts to charter four floating terminals to import LNG in partnership with German utilities.

The Brunsbuettel facility will be commissioned by the end of the year, according to RWE. Construction of the Wilhelmshaven terminal has started and it is expected to come online this winter, according to Uniper. Germany’s rush to build these facilities marks a shift in energy policy after years of resistance to expensive LNG supplies from the United States.