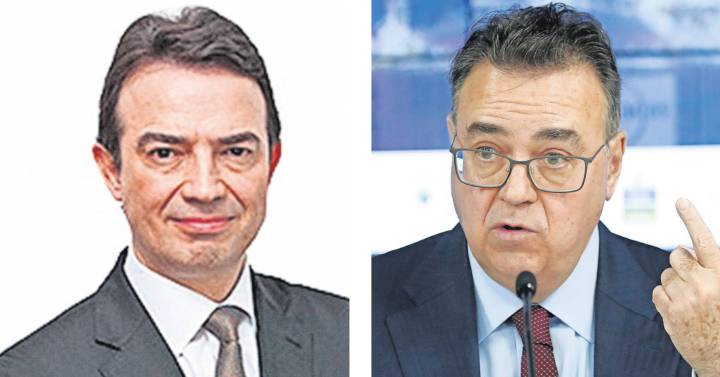 Change in the leadership of Enagás. As announced by Cinco Días last week, Gonzalo Aizpiri has been appointed CEO of the energy company, assuming the role of chief executive of the gas system manager. Antonio Llardén will remain as president, but he will cease to carry out executive functions, as the company has informed the CNMV. A measure that he assures is part of the best corporate governance practices. Until last week, Aizpiri was Director of Communications, Institutional Relations and Presidency, and a member of the Executive Committee of Repsol.

In addition, the company will propose several changes to the board of directors at the next shareholders’ meeting. Aizpiri himself will replace Marcelino Oreja, who has been CEO of the firm since 2012, although as the second executive behind Llardén, who has not left the board. Yes, four positions leave the highest government body: Ignacio Grangel, Antonio Hernández-Mancha, Isabel Tocino and Gonzalo Solana, in addition to Oreja himself. They will be replaced by David Sandalow, María Teresa Costa, Manuel Gabriel González Ramos, and Clara García Fernández-Muro. They were all independent and their position expired in 2022, after being appointed in 2012. Likewise, Ana Palacio will be re-elected.

A member of the Socialist Party of Catalonia (PSC), Antonio Llardén joined Enagás in April 2006, two years after the arrival of Jose Luis Rodriguez Zapatero to the government. Aizpiri has held various positions in the oil company, in addition to having held positions in the Community of Madrid and the Ministry of the Environment. He will be appointed, indicates the communication to the market, at the proposal of Llardén.

SEPI has a stake of barely 5% in Enagás, and has a gold share that limits the political rights of other shareholders to 5%. Thus, its council is, within the Ibex 35, the one with the highest proportion of members who have held political responsibilities: the five directors who leave the governing body have passed through public administration under popular governments and were appointed during PP governments. The same happens with the former minister Ana Palacio, although she will remain in the post. In addition, two former PSOE ministers also sit (Jose Montilla and Jose Blanco), as well as the academic Christopher Gallegoclose to United We Can.

This politicization will be diluted, even only partially, with the appointments. Only two of the four new directors have this profile. María Teresa Costa has been president of the CNE and socialist deputy, and Manuel Gabriel González, member of the PSOE Executive and Government delegate in Castila-la Mancha. On the contrary, both the American David Sandalow and Clara García come from the academic world, although García is currently a director of the ICO.

Enagás, in addition to changing the hierarchical structure and having a non-executive chairman of the board, the company will have more than 40% women on the governing body and 70% independents. The changes must be ratified at a shareholders’ meeting, which will be convened shortly.