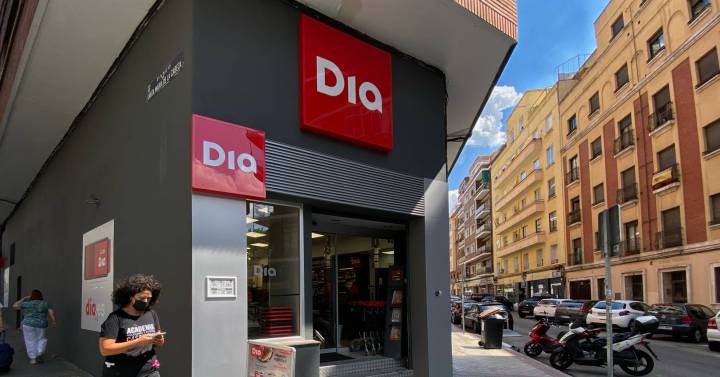 Grupo Dia reduced its losses by 0.1% during the first half of this year, to 104.7 million euros, due to the improvement in the financial result due to the increase in income derived from the net monetary position in Argentina and an increase in financial income.

Likewise, net sales grew by 8.5% compared to the first half of 2021, despite a 4.3% reduction in the number of stores, as reported by the company on Thursday, which highlighted the positive growth in Argentina, Brazil and Spain, with the weight of own brand and sales through franchises on the rise.

The group increased like-for-like sales by 2.6% compared to the same period in 2021, highlighting the good performance experienced in the second quarter, with positive growth in all the markets in which the group operates.

Between January and June, gross profit improved by 5% during the first half, while other cost items were increased by higher operating costs and leases and higher restructuring costs due to the closure of 121 stores in Brazil and 113 in Spain, thus reducing the gross operating result (Ebitda) by 13.7%, to 123.2 million euros.

However, in the current “complex” economic environment, marked by inflation and higher prices for raw materials, fuel and energy, Dia has focused its efforts on managing adjusted Ebitda, which reached 51 million euros in the first half of the year and maintains the margin at 1.5%, despite the extra cost in energy and diesel.

In this scenario, the frequency of your store visit has increased, but the amount of purchases you make is less. This can be seen, according to Dia, in the 5.7% increase in the number of tickets between January and June, compared to the same period in 2021, with a 2.9% reduction in the average basket, a usual behavior in periods of uncertainty like the current one.

Sales in Spain increase by 0.3%

Specifically, in Spain, net sales increased by 0.3% with 3.9% fewer stores and positive like-for-like like-for-like sales of 2.4%, highlighting the strong recovery experienced in the second quarter of the year that reached levels of 6.6% compared to the first quarter of the year with a fall of 1.8% due to a complicated comparative base since the first twelve weeks of the year 2021 still had mobility restrictions due to the Covid- 19 that favored the sale.

Likewise, the adjusted Ebitda has improved by 30 basis points in terms of margin to 2.1% on net sales despite the increase in energy and diesel costs, as well as the operating expenses derived from the remodeling of stores ( in total 43.7 million euros).

Isolating these effects, the adjusted Ebitda would have risen to 88.3 million euros, which represents a margin of 4.2%.

On the other hand, the group’s financial debt increased by 71.9 million compared to December 2021, to 476.1 million euros.

The firm has attributed this increase, mainly, to the 134.3 million euros invested in the semester, of which approximately half correspond to planned investments within the store remodeling program that the company is carrying out.

“The first half of 2022 has presented us with a complex economic scenario, marked by inflation and the rise in the cost of raw materials, fuel and energy. Despite this, the progress made up to June, the positive assessment of our customers and franchisees, and The support that our shareholders showed at the ordinary general meeting held in June, indicate a clear turning point for the company, as we can see in a very relevant piece of information: Spain and Argentina (which already represent 80% of the group’s net sales). are growing”, said the executive president of Grupo Dia, Stephan DuCharme.

“The execution and results of your plan allow us to affirm that we have entered the consolidation phase of these advances. Brazil and Portugal are working on the development of their business models and achieving significant progress that also brings them closer to the completion of their plan for transformation,” he added.

At the end of June 2022, the company had 1,775 stores operating under the new store model and representing 46% of our proximity network at the group level (excluding Maxi stores in Spain and Portugal, La Plaza and Clarel).

By country, Spain has 1,297 stores operating under the new model, Argentina has 366 and Portugal, 112 establishments.