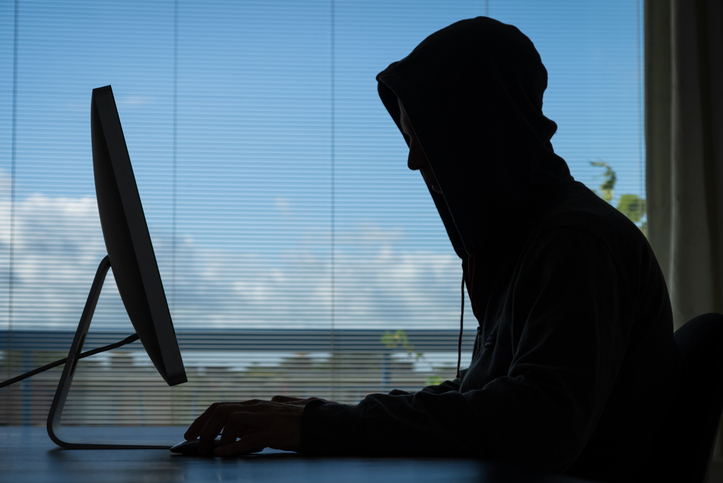 Authored by Pool Re

Our new cyber terrorism series explores how terrorist organisations are harnessing the Internet to radicalise and train potential recruits, disseminate illegal content, facilitate communication, and incite acts of terrorism. The first article examines the role of the internet in the radicalisation process and what threat this poses to the UK.

In December 2021, Damian Hinds MP, Minister for Security and Borders, said that COVID-19 lockdowns may have worsened the terrorist threat to the UK due to the potential for increased online radicalisation. According to Hinds and others supportive of his position, the isolation experienced during the lockdowns exacerbated feelings of loneliness and vulnerability, which could be exploited by bad actors.

Alternatively, it could lead to these individuals seeking out information leading them to extremist ideological content. When coupled with a significant increase in time spent online and a surge in terrorist propaganda on social media sites in this period, it is possible that more people have fallen into the radicalisation process.

The argument put forward by Hinds is plausible. However, research into the lockdowns’ effects on terrorist propaganda and recruitment is still relatively nascent and the process of radicalisation – both online and offline – is complex. This in turn impacts the public’s perceptions of the threat it poses.

Radicalisation is a process through which an individual comes to support and embrace extremist ideologies. Often, the process is understood in academic and policy circles as a series of steps that an individual goes through before they join a terrorist organisation, embracing its ideology and committing attacks.

The time it takes for an individual to become radicalised varies hugely and is dependent on various circumstances. While there are many models of the radicalisation process, Western security agencies, notably in the US and UK, tend to simplify the process into four stages. Individuals begin at a stage of pre-radicalisation, before self-identifying with a movement’s extremist ideology and potentially becoming indoctrinated. The final stage of this process involves the individual planning or committing acts of terrorism.

While these models provide a good overview of the process, in reality radicalisation does not happen in a neat, linear form. Individuals can go back a stage as easy as they can go forward a stage, and they may skip stages. Individuals may even accept a terrorist group’s belief structure, but never take action to advance its cause. They may also be stopped by family, friends, or state authorities before they reach the point where they become involved in participating in attacks.

The role of the internet

While it is tempting to believe that radicalisation online functions differently from its more traditional counterpart, most research indicates that the internet simply helps to accelerate the process of recruitment for terrorist groups. Individuals interested in knowing more about an organisation can acquire information quickly, either from sites established by the group themselves or through the ubiquity of terrorist propaganda on open social media platforms.

Mainstream platforms like Facebook have moderation policies that prohibit terrorist propaganda and use mechanisms to remove any that they detect. The UK government is planning on introducing more stringent regulations through the Online Safety Bill on the obligations of social media platforms to remove harmful content.

Nevertheless, the sheer volume of terrorist propaganda available is demonstrated by the 9.8 million articles that were removed from Facebook in the third quarter of 2021. The actual volume is likely much higher due to pieces that go undetected.

Additionally, the use of encrypted messaging platforms such as Telegram and Signal also help to facilitate the grooming of potential recruits and access to extremist content without police detection. These platforms increased in popularity due to the use of end-to-end encryption, which prevents data from being easily read by anyone other than the sender or recipient.

Groups such as Islamic State (IS) take advantage of Telegram’s end-to-end encryption, conducting both open and encrypted recruitment campaigns and sharing propaganda in countless channels. Similarly, following the insurrection at the US Capitol building on 06 January 2021, Telegram reported that far-right activists created some 90 million new accounts. IS have been one of the most prominent threat actors using social media to recruit and promote their beliefs. The group has lured recruits through propaganda glorifying their attacks or advanced arguments demonising Western states for persecution of Muslims and justifying their actions as just retaliation.

Far-right extremists have also capitalised on social media as a recruitment tool. Using encrypted chat rooms and alternative message board sites such as Reddit and 8Chan, these groups have spread racist, sexist, and other prejudiced hatred among members and potential recruits. Additionally, Neo-Nazi organisations have used the chat features on streaming platforms, notably Twitch, to reach out to young people in spaces that have been traditionally unpoliced.

The amplification and affirmation of this rhetoric has helped to create an echo chamber, building and reinforcing their worldview among those in these spaces. This in turn has sped up the radicalisation process.

The threat in the UK

The apparent increase in online radicalisation during COVID-19 lockdowns means there is likely a number of individuals who are currently in the process of being radicalised. In particular, young people who spend a great deal of time online and are often unsupervised, are at greatest risk of being targeted by terrorist and extremist groups.

In the medium term, it is possible that these individuals could reach the final stage of radicalisation and plan attacks, either alone or with others. It is also possible that some could do so without detection, through the anonymity of encrypted chat rooms and the use of alternative social media platforms with less counter-extremism measures.