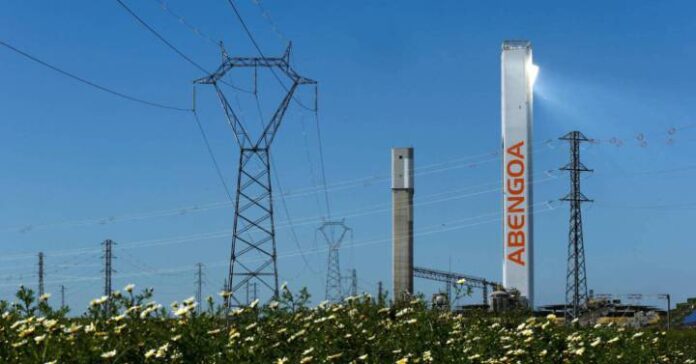 The minority shareholders of Abengoa, represented by the AbengoaShares platform, took over the management of the company this Tuesday after the approval at the shareholders’ meeting of their proposal for the board of directors, compared to the option raised by the former leadership.

In mid-November, the former Abengoa leadership decided to call an extraordinary meeting to request approval for the appointment of a new board of directors made up of Francisco Prada, Joaquín García-Romanillos and Alejandro Sánchez-Pedreño, all of them experts in bankruptcy law.

However, given this proposal, the shareholders critical of Abengoa’s management promoted an alternative candidacy made up of Margarida Smith, Jordi Sarriá and Juan Pablo López-Bravo, which was also submitted to a vote on Tuesday by the shareholders’ meeting and finally has come forward.

As sources present at the meeting have informed Efe, the proposal has gone ahead with a majority similar to that of the November meeting, that is, about two-thirds of the capital present or represented at the shareholders’ meeting.

The election of the new board is especially relevant because it is interpreted that it will shape the future of the company and comes after last week the candidate chosen by critical shareholders to preside over the company, Marcos de Quinto, withdrew from the project after criticism received. for your proposal.

De Quinto had been signed by the shareholders grouped in AbengoaShares who promoted the removal of the Abengoa board of directors chaired by Gonzalo Urquijo for disagreeing with his management and with the restructuring that he agreed to in August, with which the banks and various funds were taking control of the company.

These shareholders, some 1,350 who make up around 14% of Abengoa’s capital, then proposed a board headed by De Quinto, but at the same meeting in which the previous team was dismissed, their appointment was vetoed considering that the candidacy had not been been submitted on time. In any case, De Quinto went to work to reach an agreement and still aspired to chair Abenewco, the subsidiary that brings together Abengoa’s main businesses.

All this until last week, when it decided to withdraw from the project because of the agreement reached, which consisted of going ahead with the rescue proposed in the summer and compensating shareholders with shares in the increase in the value of Abenewco. An option that did not completely convince critical shareholders.

They demand a minimum price in the sale of Abenewco or a price determined in the exchange of obligations at 3-5 years, since the agreement, subject to various conditions, would only entitle them to 12 of the increase in value from 270 millions.

Predictably, after the election of this new board of directors, the highest management body of the company will meet today to appoint the former president of Amper Clemente Fernández as a director, ready to take the reins of the company.

The idea is that one of the three new members of the board of directors presents his resignation so that the other two can elect Fernández as a director by co-option, a preliminary step for his election as Abengoa president.