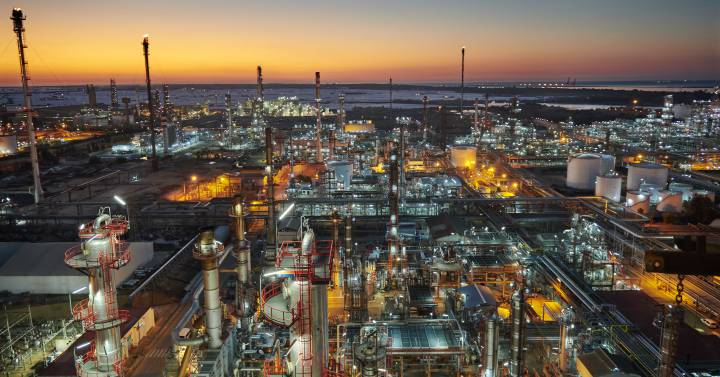 The challenge of Cepsa to achieve in Spain a production of 800,000 tons of sustainable aviation fuel per year (SAF for its acronym in English), in the year 2030, is endorsed by an investment plan in ecological transition of 8 billion, in which biofuel is one of the pillars of development. But it is also supported by a commercial strategy that will lead Cepsa to distribute SAF for third country airlines in which there is no regulation that forces its consumption and, therefore, lacks a favorable framework for investment in production, as is the case in Latin America.

The company has signed commitments at the beginning of the year with Iberia, Iberia Express, Binter and Air Nostrum to guarantee the supply of SAF, and is open to new agreements with the rest of the aviation sector. Its current share in the distribution of kerosene is 35% in Spain, with 2.5 million tons out of a total demand in 2019 of 6.9 million tons, and its claim is dispute the leadership in the biofuels market in the aforementioned 2030. The two great rivals are Repsol and BP.

Cepsa advances in the tests at its two Andalusian refineries, in Palos de la Frontera and San Roque, to launch into the production of fuels with 5% SAF. First, it is testing the reactors in order to determine, by the end of the year, the most efficient way for an optimal production process.

The head of Business Development at Cepsa, Javier Criado, trusts in an agile implementation of the manufacturing phase of this sustainable fuel. It is a chemical analog of kerosene that does not require the adaptation of aircraft engines or change in transport through the pipeline network of Exolum, which connects the refineries with the airports. “In this first phase, with SAF at 5%, large investments in the refineries are not required, despite the fact that adaptations have to be made,” explains Criado. It will be in a second stage, when it goes beyond 5%, when an effort of hundreds of millions of euros will be required in industrial plants close to the aforementioned Exolum network and powered 100% with green hydrogen.

The SAF is called to cut aviation emissions by 80% without the need to renew the current fleets. ATR it has announced short-haul aircraft capable of flying by 2025 on 100% sustainable fuel; the objective of Airbus speaks of 2030 for larger aircraft. Everything will depend on a homologation that until now allows a 50% mixture with kerosene.

The legislative drive will play a determining role in the coming months. The European package of measures Fit for 55seeking a 55% reduction in net greenhouse gas emissions by 2030, requires the use of 2% SAF in 2025, 5% in 2030 and 63% in 2050, as established by the initiative RefuelEU Aviation. Javier Criado believes that “there is no doubt that the Spanish refineries will be ready in 2025 to meet the 2030 target”.

The escalation in the manufacture of SAF is also awaiting the determination of products and residues that will serve as raw material. Discarded the derivatives of crops for food, it is tried with used oils, energy crops (oleaginous for non-food use such as jatropha, carinata or camelina), forest remains or with the recovery of waste.

The industrial sector demands aids to launch production at competitive prices, and also technological neutrality so that biodiesel enters fully into land transport and multiplies the potential demand. The focus is on heavy vehicles, in which diesel could be replaced by 80% without modifying engines, until biogas and hydrogen become more widespread in the longer term.

In a forum on sustainable aviation held last week in Valencia, the president of the Airline Association, Javier GandaraI affirm that the price and the lack of the SAF are barriers to its take-off. And the president of Air Nostrum, Carlos Bertomeu, called for aid so that its use can be generalized within the framework of the necessary reduction of emissions in aviation. This mode of transport produces 2% to 3% of global emissions and pursues its net decarbonization by 2050.

The main kerosene distributors, as well as the largest European airlines, try to pull the supply and demand of sustainable fuels based on imposing objectives above what the regulation requires.

Repsol has launched several batches of SAF in Spain from biomass and waste. In October 2020, it announced the construction of the first advanced biofuels plant in this country, which will come into operation in 2023 in Cartagena (Murcia). Its capacity will be 250,000 tons of biofuels per year.

BP In Castellón, it has the first refinery in the world that received, in October last year, the CORSIA certification (Carbon Compensation and Reduction Plan for International Aviation) for the production of aviation biofuels. The SAF will be obtained from the processing of renewable oils. The plant has as its goal its transformation towards net-zero emission energy production in 2050.

IAG committed last year to operating a minimum of 10% of its flights with fuels from sustainable sources. The group will order one million tons of this type of aviation fuel per year, reducing carbon emissions by two million tons by 2030. It will also extend its commitment to zero net CO2 emissions to its supply chain.

Ryanairleader by volume of passengers in Spain, expects to reach a percentage of substitution of kerosene of 12.5% ​​in 2030.

KLM, which operated its first blended biofuel flight in 2011, announced in January that it was beginning to add 0.5% SAF to aircraft starting in Amsterdam. It covers this effort with surcharges on the price of tickets ranging from one to 12 euros, depending on the type of flight and its distance. This airline and other partners of the Clean Skies Tomorrow alliance have the challenge of reaching 10% substitution in 2030.