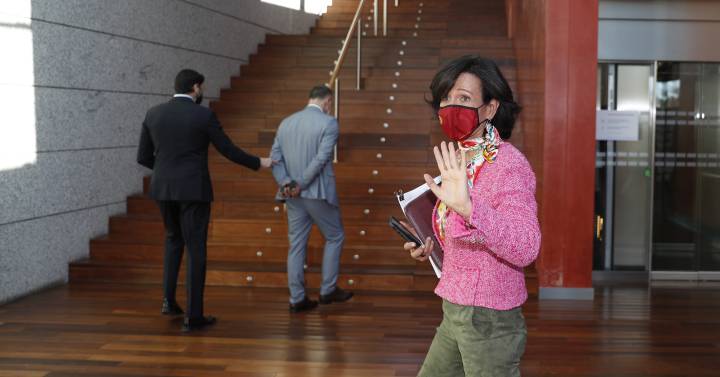 The variable remuneration plans that Banco Santander approved in 2016 and other more recent ones, up to last year, materialize. This Thursday, the president of the entity, Ana Botín, and another 16 directors of the bank have informed the CNMV that they have received 2.86 million shares of the entity, valued at around 10 million euros.

In the communications registered with both the CNMV and the London Stock Exchange (LSE), it is specified that 17 members of Santander’s leadership, including its president, have received income from shares for payments under plans that, depending on the case, they began in 2016. They also include the immediate payment of the variable part set in 2021.

Ana Botín has received 454,453 shares, with a market value of 1.53 million, while the CEO, José Antonio Álvarez, has 303,733 shares in his account, with a current valuation of just over one million euros.

The president of Banco Santander, Ana Botín, received a total remuneration of 6.81 million euros in 2020, 31.5% below the 9.95 million she earned in the previous year, after having decided to reduce by half his fixed salary and bonus for the Covid-19 pandemic.

The reduction in the total remuneration of Ana Botín in the year of the outbreak of the pandemic was 31.5%, with 6.81 million compared to 9.95 million a year ago, when adding other concepts, such as contributions to pension plans, insurance or diets.