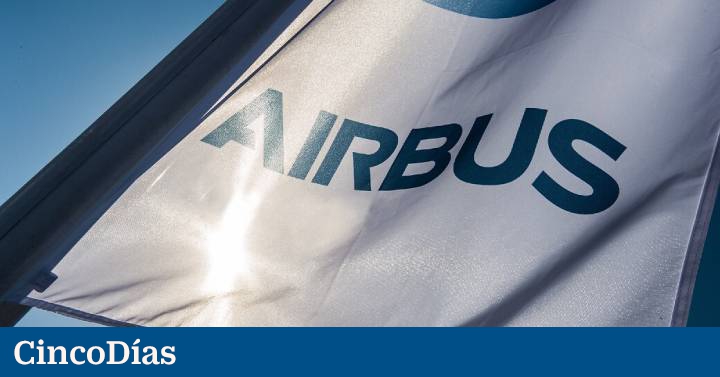 The European aircraft manufacturer Airbus earn money again and concluded 2021 with a Record net profit of €4.2 billion (5.36 euros per share), from losses of 1,113 million in the previous year. The stabilization of the company after the worst moments of the pandemic has led to the proposal of a dividend of 1.5 euros per share which will be paid on April 21.

In the presentation of annual results, a guide has also been provided on what is expected of this year. The industrial giant foresees a much calmer 2022, “without disturbances in the world economy, in air traffic, in the company’s internal operations or in its ability to deliver products and services,” it said in a statement. His estimates go through delivery of 720 commercial aircraft this yearan increase in adjusted EBIT to 5.5 billion and free cash flow remaining at 3.5 billion before corporate transactions and customer financing.

The CEO, William Faury, has described 2021 as a year of transition: “After dealing with the pandemic, we turned our attention to recovery and growth. Thanks to the resilience and effort of our teams, customers and suppliers, we have obtained excellent results in the year”. The executive highlighted this morning “a higher number of commercial aircraft deliveries, the good performance of our Helicopters and Defense and Space activities, as well as our competitiveness and cost containment initiatives”.

Airbus Helicopters registered 414 net orders (268 units in 2020), reaching a contracting ratio over sales for the period of more than 1 both in units and in value. These include 52 H160 helicopters, of which 30 constitute the first batch of the H160M military version of the French joint light helicopter programme. The volume of deliveries was 338 helicopters (300 in 2020).

orders received in Airbus Defense and Space they increased to 13,700 million euros (11,900 million in 2020) in value, which implies a contracting ratio over sales for the period of around 1.3. These figures include key orders in the Military Aircraft activity, such as the in-service support of the German and Spanish Eurofighter fleets, as well as a good rate of export of the C295, A330 MRTT and the A400M transport aircraft.