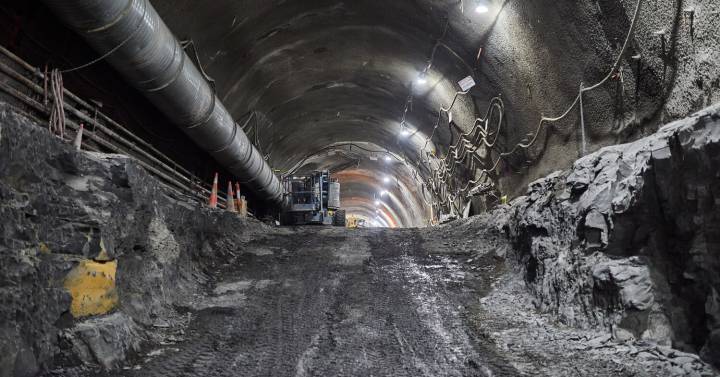 The Asia-Pacific area has become a target for the industrial subsidiaries of ACS beyond the presence of the group through the local etching and before the closing of the sale of a good part of the French business Vinci. The technology and systems integration subsidiary SICE your first rail contract in New Zealand after signing recent awards in Australia.

The Spanish has been hired by Link Alliance, consortium in which it is immersed Vinci Construction, for the supply of the project’s tunnel ventilation control systems City Rail Link, in Auckland. For the company it is a springboard to export its experience in railway infrastructure to Oceania after having equipped more than 400 stations around the world.

Citi Rail Link is New Zealand’s biggest bet on rail, with a budget of 4,400 million New Zealand dollars (about 2,600 million euros). The tunnel under downtown Auckland will be 3.45 kilometers long and up to 42 meters deep. Its mission will be to transform the current Britomart transportation hub into a two-way station, doubling its capacity.

In addition to ventilation technology, SICE will install the electrical cabinets required by the tunnel and the communications network. With the equipment already in operation, the ACS firm aspires to stay in charge of maintenance for two years.

SICE’s presence in New Zealand was until now limited to the installation of traffic control and communication systems on motorways. Among its references are the equipping of the Waterview tunnel, in Auckland, or the participation in the construction of the highway between Puhoi and Warkworth.

In recent weeks, SICE has expanded its portfolio with the supply of solutions for the control and management of operations in the first phase of the M6 ​​motorway, in New South Wales (Australia), valued at more than 2,500 million Australian dollars (1,570 million euros).

Experience on the ground has been essential for the signing of this last contract. The M6 ​​will connect underground with the M8 through the WestConnex junction, in which SICE also provides its Sidera operations management and control system. The latter is found on Australian roads such as the M4, M5 and M8 or the Pacific Highway.

Already in Europe, this reference in the area of ​​ACS industrial services comes from being placed in Norway with the contract for the implementation of electromechanical and safety equipment on the E6 motorway, between Ranheim and Vaernes (23 kilometers), where three double tunnels totaling more than 14 kilometers are planned.

The goal is to consolidate itself as an essential player in terms of control and security for tunnels in the Nordic countries, where it has worked for three years in Sweden and Denmark.

The award in E6, one of the most relevant contracts for the ACS subsidiary in the last 25 years, includes the design, supply, testing, installation and commissioning of technical systems such as the control and communications network, radiocommunications, the meteorological station, the electrical supply system, lighting, ventilation or traffic systems, among others. SICE will work on this project in Norway over the next four years.

Solera.The centennial SICE joined Dragados in 1992 and 11 years later ACS Servicios Industriales. It has 2,500 employees and a presence in some thirty countries, making it one of the division’s most international references. The latter grows in promising offshore wind projects in Scotland, or in the integration of technological systems in Oceania on the verge of passing into the hands of the French conglomerate Vinci. After that, seller and buyer will have collaboration spaces, especially in the development of the basket of renewable assets.

References. SICE has installed technological systems in suburban networks such as those of Madrid, Valencia and Seville, in the Santiago Metro (Chile) and in Mexico City. He has also participated in the internal transit system of the King Saud University of Riyadh (Saudi Arabia). Currently, it works on the red line of the Jerusalem light rail (Israel), in the southern corridor of Miami-Dade (USA), in the Eglinton Crosstown of Toronto (Canada), lines L2 and L4 of the Lima Metro (Peru) and the extension of line 2 in Santiago (Chile).