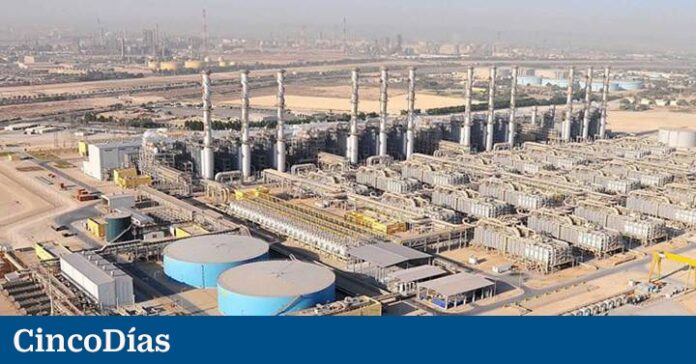 The infrastructure group Acciona, in consortium with RTCC, has been awarded the design and construction of a new desalination plant in Saudi Arabia. The commission, valued at 384 million dollars (315 million euros), part of the Saudi public firm Saline Water Conversion Corporation (SWCC). This is the fifth installation of this nature to be carried out by Acciona in that country and the third commissioned by SWCC.

The project Shuqaiq, on the Red Sea coast, will be based on the technology of Inverse osmosis and will have a capacity of 400,000 cubic meters per day. The aim of this new desalination plant is to address the lack of drinking water in southwestern Arabia.

Acciona and its partner will be in charge of the marine works, the civil works of the plant, the supply and installation of electromechanical and electrical equipment, the start-up, and the pre and post treatment systems. The project calendar sets the start-up in 2023.

When Shuqaiq 1 enters service, Acciona will have supplied infrastructure for the daily supply of 1.8 million cubic meters of desalinated water through reverse osmosis in Saudi Arabia.

The company that presides Jose Manuel Entrecanales this afternoon has highlighted its degree of implementation in one of the areas with the greatest water stress on the planet. The latest figures available from Aquastat set the average water availability worldwide at 7,453 cubic meters per capita per year, a figure that plummets to 736 cubic meters in the Middle East.

Acciona’s projects in Saudi Arabia include a contract of 530 million for the design, construction, operation and maintenance of the desalination plant for 25 years Shuqaiq3, currently under construction and expected to be completed in 2021. By then it will provide 450,000 cubic meters per day of capacity (equivalent to the consumption of a population of two million people).

Other recent awards have been the desalination plant Al Khobar RO2, in Khobar, on the east coast of the country. This turnkey contract is valued at 460 million euros for an installation that will exceed 630,000 cubic meters of daily capacity.

Before, in July 2018, it won the contract to run the desalination plant Al Khobar RO1, of 210,000 cubic meters per day and close to Al Khobar RO2, for an amount of 200 million. And the Spanish company has designed and built the seawater desalination plant Al Jubail RO4 for Marafiq, 100,000 cubic meters per day, which serves both the city and the attached industrial complex in the east of the country.