Though “buy now, pay later” (BNPL) still accounts for just a small portion of the industry, the pandemic-fueled e-commerce boom could see this alternative model grow 10-15x its current volume and reach as much as US$1 trillion in gross merchandise volume (GMV) by 2025, according to Bank of America estimates.

E-commerce volumes have jumped forward an estimated 4-6 years due to worldwide lockdowns, pushing consumers and merchants to look to BNPL to alleviate financial pressure and meet online shopping demand, respectively.

Fintech and payment research firm Kaleido Intelligence estimates that BNPL transaction value surged 292% between 2018 and 2020 amid the surge in e-commerce activity.

Sweden’s Klarna, for example, reached US$53 billion in sales in 2020, rising by 46% year-on-year. 2020 saw the launch of its BNPL offering in four markets, namely Australia, Belgium, Spain and Italy. Four further market launches are planned for 2021.

Klarna claims 87 million international active consumers and over 250,000 merchants, making it the market leader. The company is close to raising a new round of funding that could lift its valuation close to US$50 billion, sources told Reuters last months. The fundraising is expected to be its final private round before the fintech giant, Europe’s most valuable startup, sets the stage for a stock market listing, sources said.

Australia’s Afterpay doubled its 2019 sales to reach US$11.1 billion in 2020, making it the world’s second largest BNPL provider. The firm was last valued at about US$30 billion, thanks to rapid expansion in overseas markets including North America and the UK. Afterpay has over 13 million active users, up 80% from last year, with North America being its biggest market. It is reportedly contemplating a US listing.

This year, Afterpay launched in parts of mainland Europe and plans to move into Asia. Its self-branded savings accounts linked to Westpac Banking Corp are expected to live later this year.

Affirm began trading on the Nasdaq stock exchange in January 2021. The firm has been on an acquisition spree, snatching up Canadian BNPL leader PayBright, and Returnly Technologies, a leader in online return experiences and post-purchase payments.

Similarly to Afterpay, Affirm has plans to launch a payment card which it claims will be the first US debit card to have direct access to “pay-over-time” functionality. 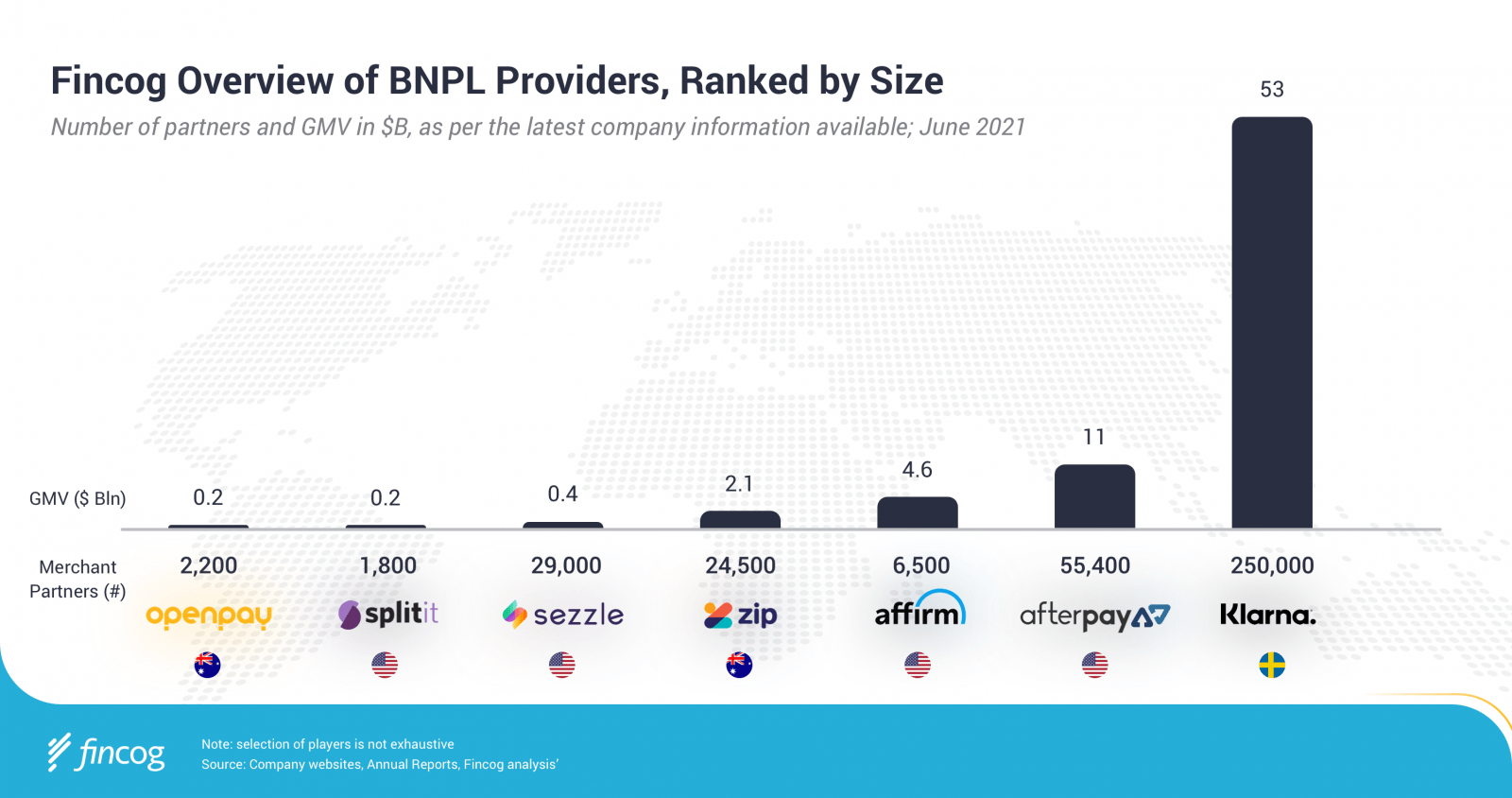 While leaders like Klarna and Afterpay have successfully expanded across multiple geographies, BNPL remains largely balkanized with local startups rapidly rising in popularity.

Funding trends are evidence of that, with a number of notable BNPL deals taking place in Q1 2021 in various regions, according to the State of Fintech Q1 2021 Report by CB Insights. BNPL deals that quarter included Scalapay (Italy; US$48 million), Butter (UK; US$21.7 million), Twisto (Czech Republic; US$19.5 million), Tamara (Saudi Arabia; US$6 million), ePayLater (India; US$2.5 million), and Motito (Ghana).

Leading BNPL players in Asia include hoolah and Atome, both from Singapore, as well as BillEase, Jungle and TendoPay from the Philippines.

Hoolah told Yahoo Finance Singapore in October 2020 that transaction volumes had increased sevenfold over the past six months as e-commerce boomed. Merchants too are eagerly adopting BNPL options, with the firm recording a 280% jump in its number of partnered retail stores between October 2019 and October 2020. 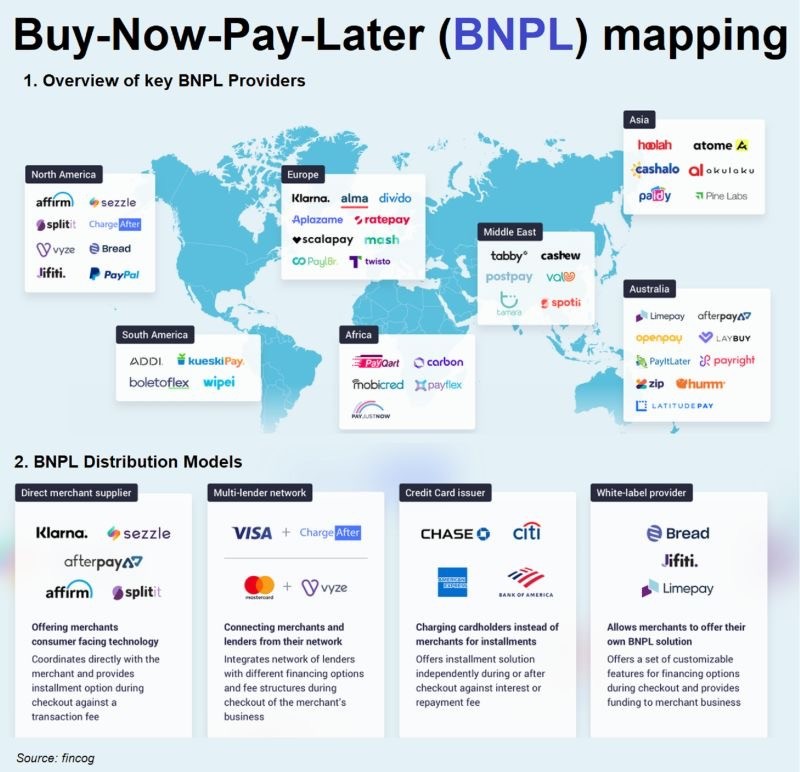 In addition to Singapore, hoolah also operates in Malaysia and Hong Kong, and is working towards expanding into other Asian markets.

In the Philippines, young startup Plentina raised a US$2.2 million seed round earlier this year, which it said it will use to onboard more merchant partners in its home country and expand in Southeast Asia and other regions.

Since launching in October 2020, the Plentina app has been downloaded more than 30,000 times. The startup has inked partnerships with the likes of 7-Eleven Philippines and Smart Communications, a telecom provider with more than 70 million prepaid subscribers.

With interest from investors and consumers in BNPL continuing to grow, fintech consultancy firm Fincog expects the sector to expand further as venture capital (VC)-fueled BNPL providers compete to capture market share. This will eventually lead to exits and consolidation with a number of winners emerging in different countries and regions, the firm says.

While BNPL growth potential is undeniable, its effects on society at large still remains a question for many, detractors are concerned about the effects it will have in driving unhealthy consumerism while proponents of BNPL believe that its a more sophisticated form of credit and effective tool to help consumers manage their cashflow.

Join our webinar on 30th June as we debate the merits BNPL and its role in society. Register here 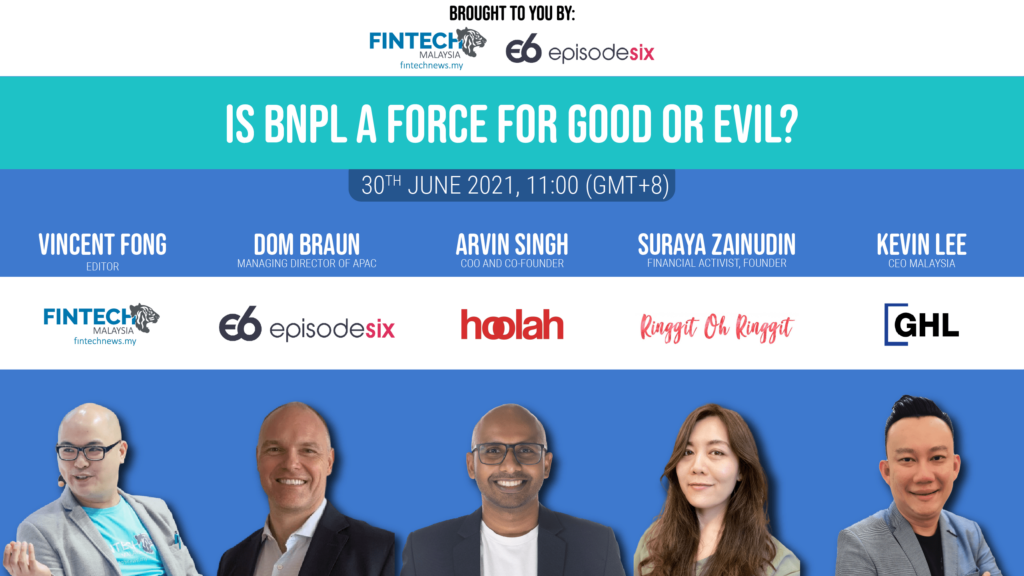 This ethical hacking course could give your cybersecurity career a boost