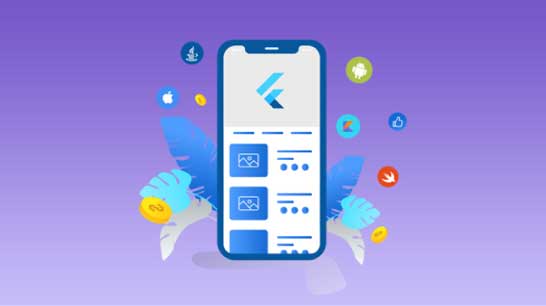 Google created an amazing free and open-source mobile UI framework, Flutter, which was released in May 2017. It is a cross-platform toolkit that intends to build beautiful and native applications for Android and iOS from a single code base by using a reactive and modern framework. This means any app development company can use one programming language and one codebase to create two different apps for Android and iOS.

It stands for Software Development Kit, and it’s a collection of tools that helps to develop your applications. This incorporates tools to compile your code into native machine code (for Android and iOS)

A framework or a UI library is a collection of reusable UI elements like text inputs, buttons, sliders, etc. You can personalize these elements according to your need.

Flutter doesn’t use OEM widgets but offers its own ready-made widgets to design your iOS and Android application.

To do app development with Flutter, one needs to know Dart, which is a fast, object-oriented programming language that is easy to learn and was created in October 2011 by the mighty tech giant Google. It focuses on front-end development, and an app development company can easily use it to create mobile and web applications.

Flutter is a cross-platform UI tool that allows apps to interface underlying platforms directly as well as allow code reuse for operating systems like Android and iOS. The platform aims to share as much code as possible and enable developers to deliver high-performance applications that feel natural on different platforms and embracing differences where they exist. 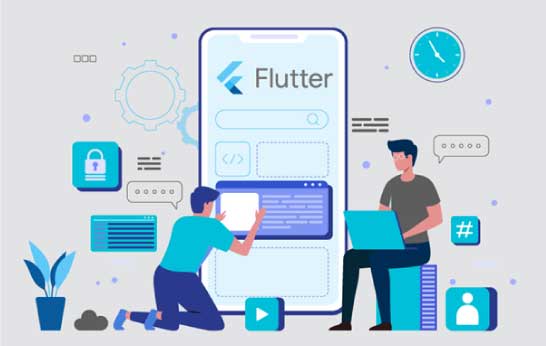 During the development, Flutter applications run in a VM, which offers a Hot-Reload of changes without requiring a complete recompile. For the release, the apps are compiled straight to the machine code, whether it is ARM instructions or Intel x64, or JavaScript if you are aiming at the web.

Flutter is constructed as a layered, extensible system that exists as a sequence of independent libraries where every layer depends on the underlying layers.

Each and every app development company must consider using Flutter for its innovative features and qualities. Such as –

Flutter framework is combined with UI rendering components, navigation, management, device API access, testing, and independent libraries. This helps to decrease the use of third-party libraries. It is a faster and dynamic mobile app development utility. The Hot-Reload feature makes stuff easy while improving or experimenting with the application’s look as it takes few seconds to add features and fix bugs.

It is the best platform for start-up MVPs because it requires less investment to develop a mobile application with Flutter; one developer is enough to create your MVP. Flutter works in ace and by using its widgets you can create beautifully personalized UI for your customers.