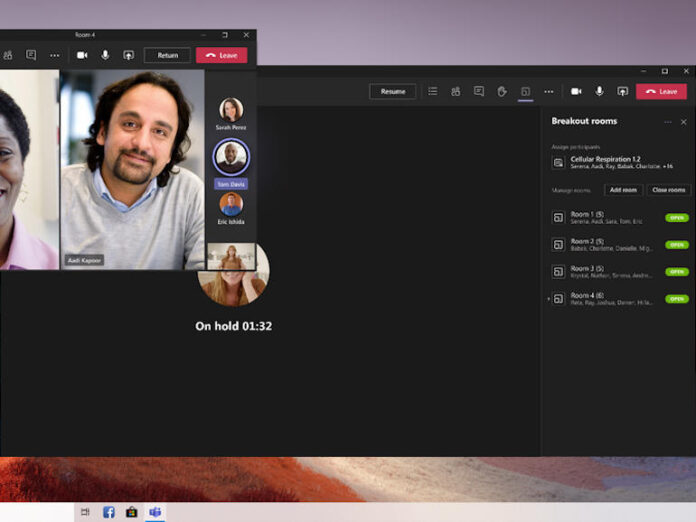 Microsoft’s 49-person Large Gallery and its AI-powered mode for putting remote people in the same virtual room are coming to web users on Google Chrome and Microsoft Edge browsers.

Until now, the two features have been limited to the Teams desktop app but they’re becoming available on the browser version of Teams. Microsoft unveiled Together Mode in July as part of its answer to workers across the world staying at home during the pandemic.

Together Mode uses artificial intelligence to, for example, display multiple people on a video call in the same virtual auditorium.

Large Gallery displays 49 participants on a single screen – a feature that was sorely missed during the early phase of pandemic lockdowns as schools were shut across the world.

The Large Gallery and Together Mode are available in Teams for the latest versions of Google Chrome and Chromium-based Microsoft Edge. Microsoft notes that virtual desktops like VMWare, Citrix are not fully supported.

On top of this, Microsoft has announced general availability of its breakout rooms feature, which allows organizers to split up participants in a Teams meeting into smaller groups. It was first made available in September at the Microsoft Ignite conference for IT pros.

According to Microsoft, a meeting organizer can create up to 50 breakout rooms and choose to automatically or manually assign participants to rooms.

The organizer can start a breakout room in a Teams meeting or a Teams channel meeting. This gives users more choices about how to hold a meeting.

Microsoft notes some limitations, such as the the meeting organizer only being able to start a breakout room from the Teams desktop client. However, participants can join from any device, be it desktop, web or an Android or iOS phone or tablet.

SEE: WFH and burnout: How to be a better boss to remote workers

It’s going to be a handy feature for schools, which Teams didn’t fully support during the first wave of the pandemic and lockdowns in the first quarter of 2020.

Microsoft notes that teachers can push students into a breakout room and then pull them back to the main meeting, without students needing to do anything.

Twitter surges on report that Dorsey will step down as CEO