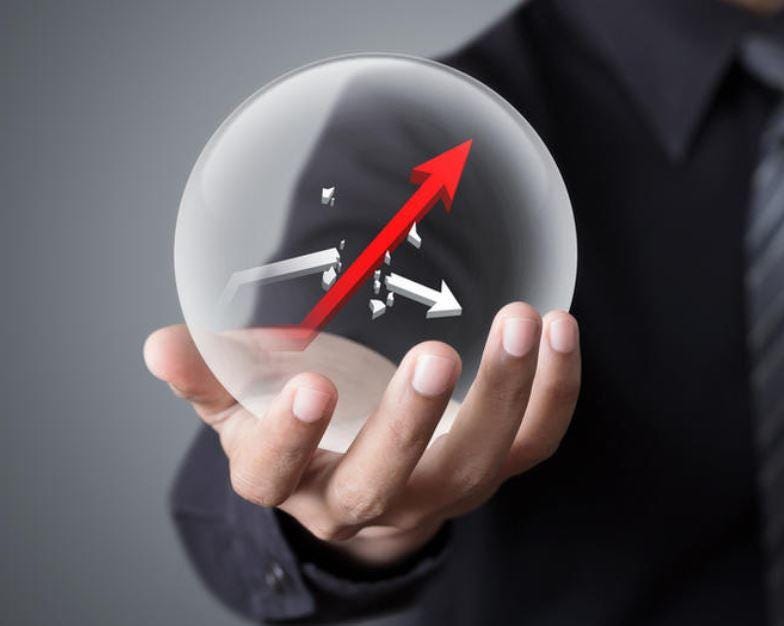 The predictions business seems more precarious than usual this year. As 2020 has shown quite clearly, attempting to predict anything makes zero sense any more. However, I’m not done with dusting off my crystal ball and trying to ascertain which technologies — announced and not — are likely to get their days in the Redmond sun in the coming year.

I’ve settled on five Microsoft areas that I’ll be watching closely in the new year. I’m choosing these five because I think they’ll have the biggest potential impact on business users in 2021. (I’m sure there are also a number of Microsoft gaming announcements that could be big in 2021, but — happily — that’s outside my main focus here on ZDNet.)

My five, in no particular order:

MetaOS for the Mobile Masses

Microsoft has an evolving strategy and foundational layer in the Microsoft 365 cloud space which is somewhat better known internally than externally. That initiative is known as “Meta OS” (and also sometimes as “Taos”).

MetaOS is meant to be a single mobile platform that provides a consistent set of work and play services across devices. It’s not an OS the way Windows is an OS, but it does consist of a number of layers or tiers, including the Office substrate and Microsoft Graph, and an application model that includes work Microsoft is doing around Fluid Framework (its fast co-authoring and object embedding tech); Power Apps and Visual Studio dev tools.

I think in 2021 we’ll hear more about how Microsoft is looking at apps as a set of single-task products and services (think Planner, Stream, Tasks, Lists, Files, Whiteboard, Notes). Fluid Framework plays a big role here. This strategy and its rollout could have big implications for developers, consumers and firstline workers.

Microsoft founder Bill Gates had a vision of enabling users to have information come to them instead of having to seek it out. His Comdex 1990 keynote was even titled “Information at Your Fingertips.” Decades later, Microsoft is finally getting closer to making this idea a reality via its universal search technology.

From 2018 to 2020, Microsoft teams were putting the pieces in place for a unified search experience across Windows, Edge and its existing Office apps. Microsoft Search is the company’s unified Intranet search offering, meant to exist alongside Bing, Microsoft’s web search technology.

Microsoft Search and the underlying Microsoft Graph API are meant to help make sense of users’ work life (documents, the entities, the people they work with regularly, etc.). Bing’s main focus is to provide an understanding of the world outside an organization, with acronym and entity extraction, machine reading comprehension, computer vision and other tools and technologies, officials say.

In 2021, Microsoft will be actively seeking ways to get more users to “turn on” unified search and use it to get work results wherever they are — in an Office app, in the new Edge browser, or even inside Bing. Unified search dovetails nicely with Project Cortex, Microsoft’s knowledge-management technologies. And, like MetaOS, unified search is meant to be people-centric and not tied to any particular device.

Microsoft was the first of the major cloud vendors to embrace hybrid. Although some officials called out PCs and servers as examples of “intelligent edge” devices, Microsoft’s embrace of that definition will likely become more prominent in 2021 and beyond.

When many think of “edge” devices, they immediately think of Internet of Things (IoT) products. But Microsoft has been growing its portfolio of what constitutes an edge device over the past couple of years. Ruggedized PCs like Azure Stack Edge Pro and Pro R, are edge devices. Any kind of device with onboard AI-processing capabilities qualifies as an intelligent edge device. Even the recently announced Azure Modular Datacenters — which are datacenters inside shipping containers which can operate without Internet connections, intermittently connected and/or permanently connected via satellite — also are edge devices.

Microsoft has yet to announce its AWS Outposts competitor, which is codenamed “Fiji.” I’m expecting this could be a 2021 announcement. Fiji is meant to provide users with the ability to run Azure as a local cloud, managed by public Azure and delivered in the form of racks of servers provided by Microsoft directly to users. Fiji also fits into the Microsoft intelligent edge family.

Microsoft is expected to announce in the spring of 2021 its Cloud PC desktop-as-a-service offering. Cloud PC, codenamed “Deschutes,” is built on top of the existing Windows Virtual Desktop service. But unlike WVD, Cloud PC will be a flat-rate subscription service, not a consumption-priced service.

Cloud PC will be an option for customers who want to use their own Windows PCs made by Microsoft and/or other PC makers basically like thin clients, with Windows, Office and potentially other software delivered virtually by Microsoft. It may debut alongside Windows 10X, providing the first batch of 10X users a way to run their existing Win32 apps (since the first version of 10X won’t include Win32 container support, our sources say).

Depending on how the various Cloud PC plans are priced, this service potentially could become a strong member of the Microsoft 365/commercial cloud stable of services.

Since Chief Device Officer Panos Panay took over more of the Windows team earlier this year, Microsoft’s message is Windows is BACK, baby! In 2021, Panay and team are hoping to prove the company has decided to invest more in making Windows great (again?) with a variety of efforts, including the 21H2 “Sun Valley” UI refresh; more work to make Windows 10 on ARM viable; and the launch of Windows 10X, a new Windows 10 variant meant to be simpler, cleaner and more manageable.

Microsoft’s original plan was for 10X to debut as the OS for dual-screen and foldable Windows devices. The new, post-COVID plan calls for 10X to debut on new single-screen PCs, including clamshell laptops and 2-in-1s, among other form factors. Microsoft officials publicly deny that 10X is the company’s latest attempt to compete with Chromebooks, but sources say this is definitely the sweet spot for 10X devices. Their initial target markets include education and firstline workers — the same customer groups on which Microsoft focused with Windows 10 in S Mode (and which officials also refused to say publicly was a Chromebook compete effort).

Microsoft officials have not made 10X available externally to Windows Insider testers. Word is 10X will only be available on brand-new (not for existing) PCs and could begin shipping on those devices starting this spring. Windows 10X is expected to run on Intel-based PCs at launch, but Microsoft has been testing 10X internally on Arm devices, sources say, so maybe it also will be available on new Arm-based devices at some point in the future.