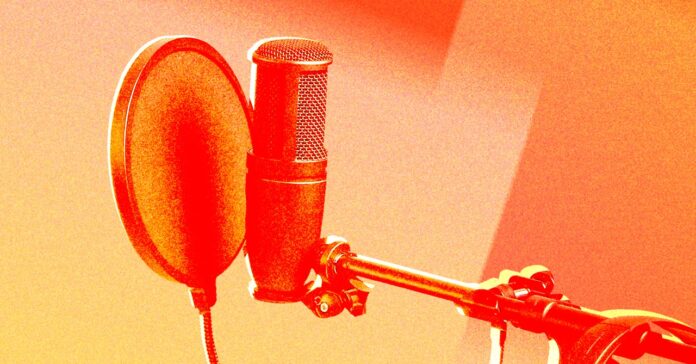 Earlier this year, just as quarantine boredom began to set in, Alex Marshall got an invitation to test a new app. Marshall, an investor at First Round Capital, hadn’t seen any of her friends or colleagues in months. But when she downloaded the app, called Clubhouse, she could hear many of their voices, as if they’d suddenly showed up at her house to hang out.

Marshall was one of Clubhouse’s first 100 users, and she quickly got hooked on the app, which works like an audio chatroom. She joined rooms with friends and strangers and, on one occasion, the rapper E-40. Sometimes, she and her partner, who is also a VC, would be sitting on opposite sides of their apartment only to discover each other in the same Clubhouse room. “It felt like a cocktail party where you could walk up to a group and eventually jump into the conversation,” she says. For a while, “it was my favorite place on my phone.”

Clubhouse’s timing couldn’t have been better. Audio-social apps have launched before, but never in a time of mass social isolation and screen fatigue. Clubhouse’s rising star, even in closed beta, pointed to something special about the medium. There was no scrolling on a screen, so you could participate while driving or washing the dishes. The rooms were open and transient, so you could wander in on a whim, rather than needing to call a specific person, like on FaceTime or Zoom (and hope they pick up). You could sit back and listen, or you could jump in and wax poetic. And because you could hear everyone’s voices, the interactions with complete strangers could feel oddly intimate—like listening to a podcast where you could talk back.

Clubhouse isn’t the only app trying to win your ears. Discord, which launched in 2015 and has 100 million users, decided this year to pivot from an audio platform for gamers to an audio platform for everyone. Twitter is developing its own version of sound-based social, called Audio Spaces. Other audio-first upstarts have also appeared, many of them with names that sound like alternative file formats: Wavve, Riffr, Spoon.

So begins the war of the voices, to see which platform—if any—can rise to mainstream status and shape the future of social networking. Social media has a way of disrupting established media. In the early 2000s, online tools atomized news publishing, as newspapers and magazines ceded ground to professional websites and amateur blogs and, in 2006, a new “microblogging” service called Twitter, where anyone could share their thoughts with the world, 140 characters at a time. Audio is tracing a similar trajectory. For years, AM and FM radio stations were broadcasting’s primary gatekeepers. Then podcasts appeared, and everyone from former NPR hosts to Joe Rogan started to make and distribute their own shows. Now, the emergence of audio social networks makes it even easier for anyone to broadcast their conversations to the wider world.

While the pandemic perfectly teed up an audience for these new social networks, some analysts believe the plot was already set in motion. Podcast listenership has steadily risen in the last decade; a third of Americans have listened to one in the past month, according to the Pew Research Center. Streaming music platforms, like Spotify and Apple Music, have also grown, with increasingly personalized options for finding new music.

It’s easier to integrate all of this content listening into daily life, thanks to the popularization of smart speakers, headphones, earbuds, and other audio hardware. “We have headphones for different occasions, speakers for different rooms throughout the house. Consumers have really geared up on the audio products,” says Ben Arnold, an industry analyst at market research firm NPD. In 2020, the sale of bluetooth headphones, speakers, and soundbars totaled $7.5 billion—a 20 percent increase from 2019—according to NPD’s research. The emergence of digital assistants on so many of these devices has trained consumers to look at headphones or speakers as two-way devices. People listen to their speakers, but they also talk back—and the widespread adoption of bluetooth headsets has made it less weird to walk around doing that.

Google Ads vs. Facebook Ads: 5+ Benefits for Your Ecommerce Business