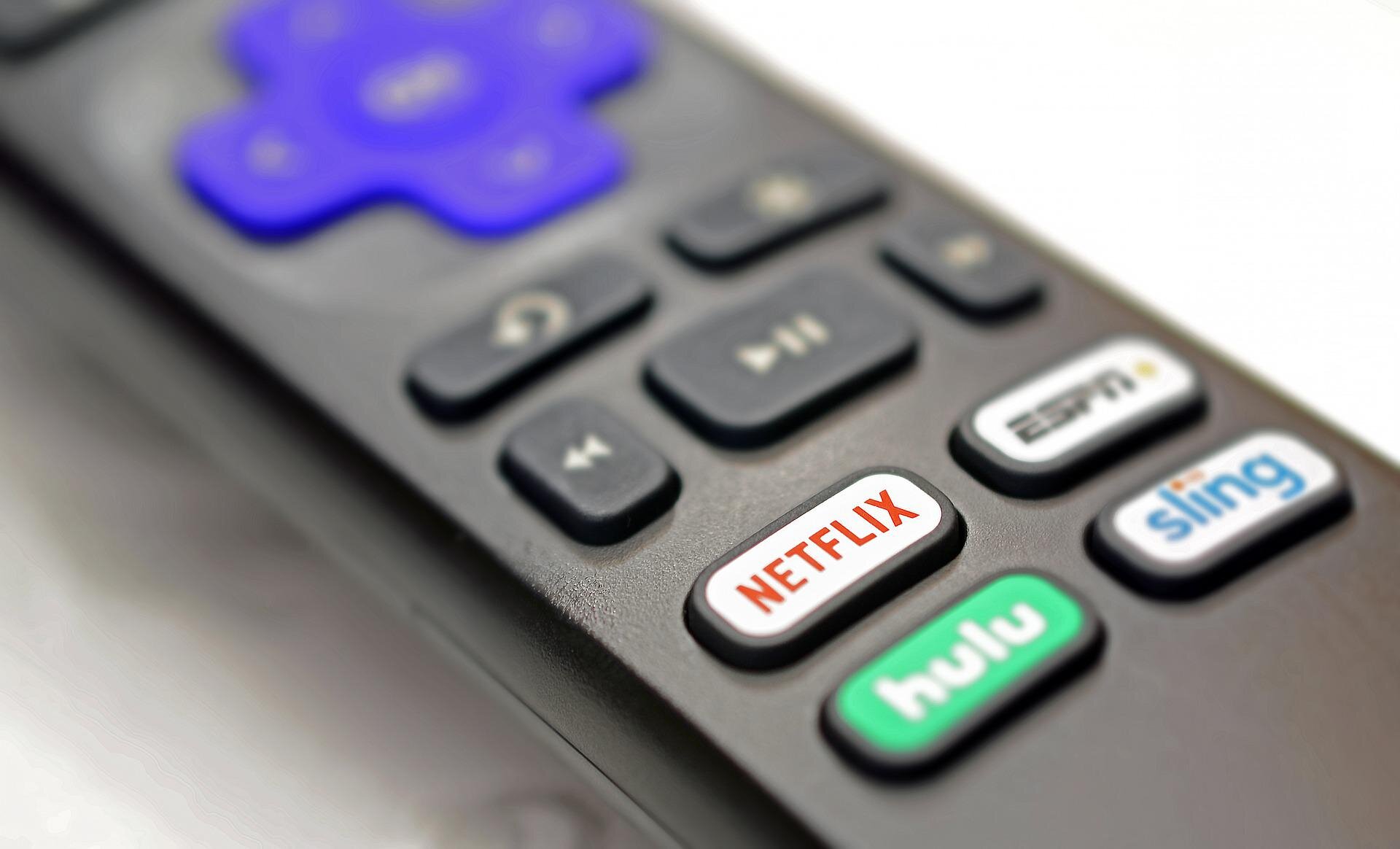 While Netflix is reeling over subscriber losses due to increased competition and consumer sensitivity to inflation, free, ad-supported streaming services are on the rise, offering thousands of programs and films in every genre and hundreds of channels at no cost.

The two largest players—Paramount Global’s Pluto TV and Fox Corp.’s Tubi—were prominently featured at their parent companies’ upfront presentations for advertisers held last week in New York. The media companies will be selling ad time for their services with their other networks.

Amazon also is aggressively moving into the field by rebranding its IMDb TV service as Freevee and developing exclusive original content for it—including a spinoff of the popular Prime Video police drama “Bosch”—to encourage viewer sampling.

“We strive to deliver customers the content they’d expect to see behind a paywall, but in an easy-to-navigate environment that is freely available to all,” said Lauren Anderson, Freevee’s co-head of content and programming at a presentation for advertisers in New York earlier this month. “No costs, no time slots, no arbitrary creative restrictions.”

Madison Avenue is responding. Research firm eMarketer projects Pluto TV’s domestic ad revenues to grow by 53% this year to $1.24 billion. Tubi is expected to grow by 79% to $883 million. Both are on track to increase at a faster rate than the the established leaders in the ad-supported video streaming market, Hulu ($3.8 billion), YouTube ($3.06 billion) and San Jose-based Roku ($2.25 billion).

Disney’s Hulu was a pioneer of ad-based video on demand, or AVOD, and all of the major streaming players have or are planning on offering ad-supported tiers. Netflix is considering ads, even though commercial-free binge-watching has been a key attribute of the brand, as a way to mitigate its current challenges.

But selling ads on major streaming platforms has largely been a means to offer lower-priced subscriptions. (Hulu’s lowest-priced ad-supported tier is $6.99 a month, while Paramount + and Comcast’s Peacock go as low as $4.99.)

Consumers can watch free streaming services immediately without signing up with an email address or entering any credit card data and watch them on any device. They also offer livestreams of news, sports and entertainment on free, ad-supported streaming television channels (called FAST channels), similar to what viewers watch on cable and broadcast.

While free streaming channels have been growing rapidly in recent years, they are getting more attention as consumers currently cope with rising gas prices and other costs that have risen due to inflation.

“The business model of free is working quite well, especially as we enter some economic turmoil,” said Farhad Massoudi, founder and chief executive of Tubi, the San Francisco-based platform which was acquired by Fox Corp. in 2020 for $440 million.

Since the acquisition, the service has grown from 25 million to 51 million users in the U.S. and Canada, who watched 3.6 billion hours of content in 2021, up 40% from the previous year.

The recent subscriber downturn at Netflix, coming in a period when competitors Walt Disney Co.’s Disney+, Warner Bros. Discovery’s HBO Max and Paramount+ saw significant gains, indicates consumers may have hit the wall in terms of how many video streaming services they are willing to pay for each month. Some are turning to the app Truebill, which helps them cancel their subscriptions.

“The problem with subscriptions is that there’s really a cap on revenue,” Sappington said. “Once all of your subscribers pay, you’re done with the amount of revenue that you can get out of them other than getting them to upgrade to another tier of service. So the idea behind advertising is it scales with viewership, so if you have people watching more content, you actually gain more revenue.”

Last year, no single free, ad-supported streaming service had more than 15% of U.S. consumers watching each month, leaving a lot of room for growth, Sappington said.

“In some households, we’re the primary streaming service and people watch us for hours every day,” Tubi’s Massoudi said. “In others, we’re a complement to their subscription services, and we super-serve them with a category of content that they are really interested in that they don’t get enough of.”

Tom Ryan, chief executive and president of Paramount Streaming, said about 80% of the platform’s 68 million users throughout the world have a paid streaming subscription, an indication that consumers are getting more sophisticated about mixing and matching services that meet their needs.

“I think in this inflationary environment, getting Paramount+ and Pluto TV for a combined total of $4.99 with ads is a massive value for consumers,” Ryan said. “And I think they’re starting to see that.”

For parent companies Fox and Paramount, the free streaming services offer advertisers a way to reach younger viewers who have largely abandoned their traditional TV networks. The median age for Tubi users is 38, while broadcast networks ABC, NBC and CBS are above 60; Fox is well above 50.

The development of the free streaming TV business has a striking resemblance to the early days of cable, when the proliferation of channels opened up new opportunities for programmers and expanded consumer choices.

Massoudi, a Silicon Valley technologist, launched Tubi in 2014 with channels that offered Japanese anime and inexpensively acquired classical music performances. Studios were not interested in selling their content to him, especially since he didn’t have the money to pay them.

But as the audience grew for the services, so did ad revenue and the quality of the content.

“The more users we get and the more engagement we get, the more ads we can sell, the more revenue we can generate, and the more that we can pay content owners, which gets more content owners to put their content on the platform,” said Ryan, who co-founded Pluto TV in 2013 before the Los Angeles streamer was acquired by Viacom in 2019 for $350 million.

Fox holds the rights to the 2022 World Cup soccer tournament in Qatar, at a hefty cost of $425 million. Last week, the company announced replays of the games airing across Fox’s channels this fall will be available for free on Tubi as soon as the final whistle blows.

As most of the games will be in the overnight hours in the U.S., Tubi expects demand to be strong among devoted soccer fans, even if they know the outcome.

Similar to cable’s early days, free streamers are giving new life to program libraries. Dozens of vintage programs, including “The Tonight Show Starring Johnny Carson” and such iconic sitcoms as “I Love Lucy” and “The Addams Family,” have filled the pipelines of the services.

Documentaries, horror movies and films targeting Black and Latino audiences are abundant. About 20% of Pluto TV’s U.S. offerings are aimed at Latino audiences. Content aimed at diverse audiences has also been a major draw for Tubi—”42 channels of stories for every community,” Massoudi said.

Unlike cable, free streaming services develop many of their own channels from content they license. When viewers don’t watch, there is no contractual obligation to keep them.

Many of those content owners are compensated with a share of the ad sales Pluto TV generates.

Other media companies looking to expand their reach are providing content to AVOD and FAST channels. AMC Networks has developed channels that offer programs from its library to free platforms and sells most of the ads that run on them. The company introduced six new channels this year ahead of the upfront sales season and will roll them out across a number of free platforms.

“We’ve been big believers in free, ad-supported streaming for the past two years,” said Kim Kelleher, president of commercial revenue and partnerships for AMC Networks. “We want to put our content everywhere viewers want to watch it.”

In addition to the ad dollars generated, Kelleher said the free channels help drive viewers to its linear channels AMC, WeTV, Sundance TV and IFC and subscription services such as ALLBLK . When a series premieres on one the company’s owned cable channels, AMC uses free streaming services to give viewers an easy way to catch up on past episodes.

The growth of free streaming has led to more competitors. Consumer electronics manufacturers Samsung, Vizio and LG all have their own free streaming video platforms built into their TV sets. (Pluto TV has provided the technology for them.)

In 2020, Comcast acquired Xumo, which will be part of the new package of streaming services it will offer to broadband customers.

As the field grows more crowded, pressure will be on the players to come up with content that stands out. It’s why Amazon has created original series for its Freevee service, premiering nine last year and premiering at least 16 for 2022.

“We’ve been motivated by this idea of creating a modern television network,” said Ryan Pirozzi, who co-heads content and programming at Freevee.

Tubi is also planning on developing 100 original programs in 2021. While that can get expensive, Massoudi said the data from users will guide their decisions on what to make.

“We have a good idea of what they want to watch,” he said.

Fox and NBCUniversal in talks to acquire streaming platforms: report

Citation:
Why free streaming channels like Pluto TV and Tubi have viewers watching commercials again (2022, May 24)
retrieved 24 May 2022
from https://techxplore.com/news/2022-05-free-streaming-channels-pluto-tv.html