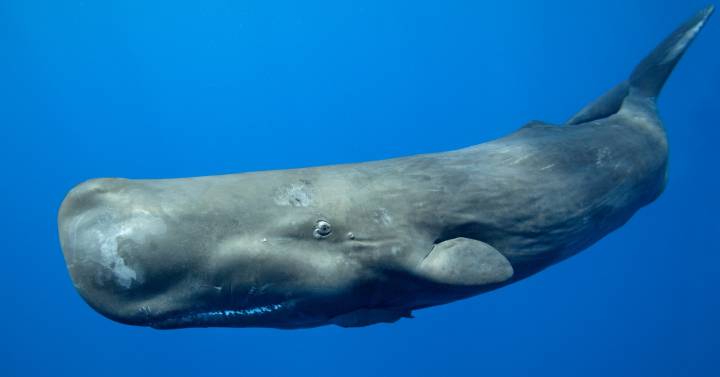 Deciphering sperm whale communications is the goal of a five-year multidisciplinary project launched by a group of scientists on the Caribbean island of Dominica. This is the Cetacean Translation Initiative (CETI), a project that seeks to gain a deeper understanding of the ocean’s most intelligent predators in order to preserve their habitat from further human disturbance.

With scientists from 16 different research agencies, CETI is estimated to be the largest interspecies communication effort in history. “We are dealing with a completely unknown form of communication, and data collection can be challenging,” explains Gaspar Begus, assistant professor of linguistics in the UC Berkeley Social Sciences Division and director of the Computing and Speech Laboratory, in a statement. of the aforementioned university, according to the EP agency.

CETI’s engineering team is building a drone system that will automatically tag whales and record their vocalizations and other parameters, such as orientation, speed and temperature. Sperm whales’ gigantic brains give them the neural capacity for planning, sophisticated communication, and social interactions that last for decades. Their silvery bodies of more than 30 tons store carbon and play a secondary role in cooling the earth. Sperm whales are organized into large matrilineal families and clans, with each group identifying with its own distinctive dialect.

Their powerful clicking sounds are emitted through a mixture of organs known as spermaceti that sit on top of their skulls. Whales’ sound patterns are learned, not innate, like a dog’s bark, Begus said. Their deep ocean habitats are threatened by noise pollution, climate change, commercial fishing, and military activities including underwater explosions and sonar technology.

If left to die naturally, sperm whales sink to the ocean floor, taking with them carbon stored in their bodies that would otherwise have been released into the atmosphere if the whales had been hunted and brought ashore. Additionally, whale droppings contribute to the growth of phytoplankton, which are estimated to capture around 40% of all carbon dioxide produced. “If we get to know sperm whales better by learning about their communication and the full scope of their cognitive and social life, it becomes more difficult for us as a species to treat them as non-sentient beings and destroy them,” says Professor Begus.

In their respective labs at UC Berkeley, Begus and computer scientist Shafi Goldwasser, winner of the prestigious ACM Turing Award, are using artificial intelligence, including deep-fake technology, to identify linguistic patterns in recordings of what could eventually number thousands of millions of sperm whale clicks. Their habitats are threatened by climate change, military activities or fishing. Their droppings contribute to the growth of phytoplankton

▶ Echolocation. As with any unknown form of communication, the sounds sperm whales make to communicate with each other and navigate through echolocation are fraught with enigmas. The unknown in the sperm whale communication system is not just what the codas mean, but also how we test and confirm what we think they mean.

▶ AI. To address these questions, the team will take advantage of new advances in artificial intelligence (AI). Begus is developing AI models that learn human speech in a way similar to how children learn language: unsupervised, without text, and by imitation and imagination. Together with his team at the Berkeley Speech and Computing Laboratory, he is testing whether models that learn human language from speech can also learn the sperm whale’s communication system.

▶ Robotic fish. Other CETI collaborators from more than a dozen research institutions around the world are working on other areas of the project, including setting up a network of underwater microphones, drones and robotic fish to stealthily track and record sperm whale communication.