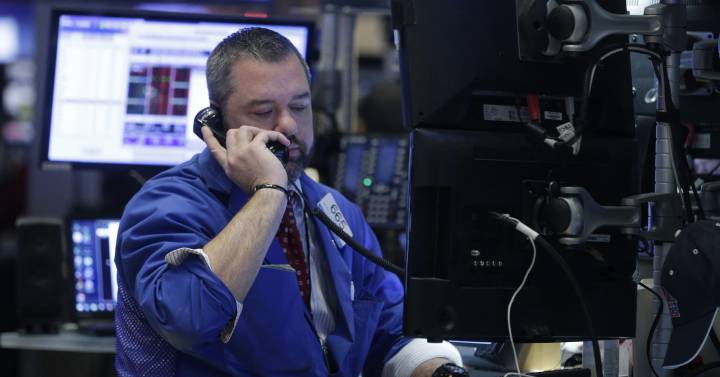 In addition to a quick form of communication between several people, WhatsApp groups have become a nuisance for many. A place to share memes, good morning or good night messages or where to discuss with relatives or with the other parents of the children. But on Wall Street, inappropriate messages from a JP Morgan market trader have unleashed a storm in the heart of global finance. As if it were the Pegasus scandal, the US market regulator, the SEC, has focused on the bankers’ messages and emails. And that, in one fell swoop, they can move the needle on Wall Street and on the world’s stock markets.

According to Bloomberg, Citi has warned in its latest quarterly results report of an investigation by “some regulators and authorities”. In December, the Commission fined JP Morgan 200 million, alleging the use of WhatsApp and personal mail by CEOs and other senior managers to avoid scrutiny by supervisors. HSBC and Goldman Sachs are also being investigated.

Everything exploded at the beginning of the year. Edward Koo, who had been working for the world’s largest bank for more than 20 years, allegedly tried to circumvent SEC supervision by sharing confidential information in a WhatsApp group with other market operators. Koo was a senior credit analyst, buying and selling corporate bonds and loans.

JP Morgan launched an investigation. In April he decided to fire Koo, after months suspended from employment and salary. And he sent a message to his employees, giving them where it hurts the most, in their multimillionaire bonuses. The bank cut this discretionary payment, from which the largest emoluments on Wall Street come, to more than a dozen market traders precisely for using WhatsApp at work. Many of them were also in the group that cost Koo his job.

The key to the whole scandal is that the big banks on Wall Street routinely record telephone conversations and keep their workers’ emails and messages in the trading floors. The objective is to have evidence to put forward before the regulators, in case they suspect that there may have been market manipulation. This surveillance only affects company phones and computers, leaving them free for personal use. It also opens up questions about cybersecurity and whether it is appropriate for traders to share sensitive information over communication channels that do not require logging and are not encrypted.