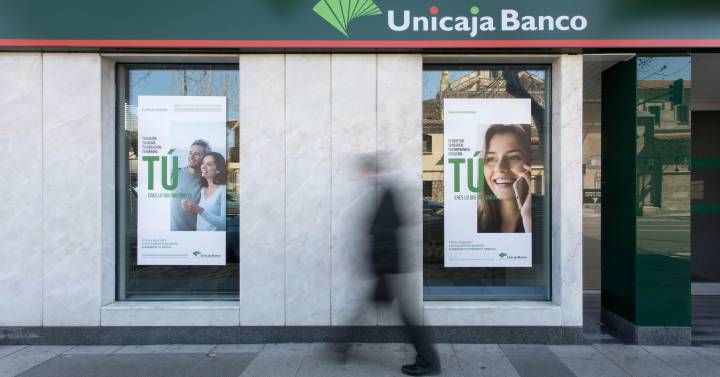 Unicaja Banco will close 143 offices throughout the national territory on March 18, due to the fact that the entity is carrying out an employment regulation file (ERE) and an office reorganization process after its merger with Liberbank.

The bank, which will lay off 1,513 employees and close 395 offices, is beginning to make a move and will close 72 offices that belong to the Unicaja network and 71 that belong to the Liberbank branch network in a month, according to Efe sources. unions.

Unicaja Banco is carrying out a branch reorganization process, as planned, within the framework of the integration process of Liberbank, of the efficiency objectives like other entities in the sector and of its 2022-2024 Strategic Plan.

The autonomous communities in which the most offices will be closed are Castilla y León, where 56 will close (25 from the northern zone – León, Palencia and Zamora- and 31 from the southern zone – Ávila, Segovia, Salamanca, Soria). and Valladolid-) and Castilla-La Mancha, with 38 (6 in Albacete, 7 in Ciudad Real, 12 in Cuenca and 13 in Toledo).

Extremadura will be the next on the list, since in this region 26 offices will be closed, while in Andalusia 16 branches will be closed, 2 in Campo de Gibraltar, 3 in Eastern Andalusia -2 in Jaén and 1 in Almería- and significant is the case of the province of Malaga, with 11 closures.

In addition, 4 offices in Asturias and 3 in Cantabria will be closed, always according to these sources, who have assured EFE that the employees of these offices will be assigned to others and a voluntary transfer request period has been opened until March 7.

This number of office closures is known after the negotiation of the ERE that has been carried out after the merger of Unicaja Banco and Liberbank, which led to the creation of the fifth bank in the country, with a current volume of assets close to 110,000 million, more than 4.5 million clients and approximately 1,400 branches.

Unicaja Banco maintains a significant presence in its regions of origin, being a reference entity in six autonomous communities (Andalusia, Asturias, Cantabria, Castilla-La Mancha, Castilla y León and Extremadura), in addition to being present in other markets such as Madrid, Ceuta and Melilla.

The entity closed the 2021 financial year with a network of more than 1,300 branches, more than 2,500 ATMs and 400 financial agents that provide services through 480 agencies.

On the other hand, Unicaja will discharge almost 2,700 employees, given that to the 1,513 dismissals contemplated in the ERE, some 1,200 early retirements are added, 730 who were on leave at Liberbank and 437 from the former Unicaja Banco with which a agreement.

Despite the fact that the entity contemplated 1,513 departures in the ERE, 2,085 workers joined, so the bank has had to leave 572 people out of the process, the vast majority belonging to provinces such as Madrid, Barcelona or Asturias, according to sources unions.

On the opposite side are communities such as Castilla-La Mancha, in which the exit request has been granted to the majority of people who have asked to leave through the ERE, mainly in the provinces of Cuenca, Toledo and Ciudad Real; or the province of León, where there have been more surpluses than requests to leave.