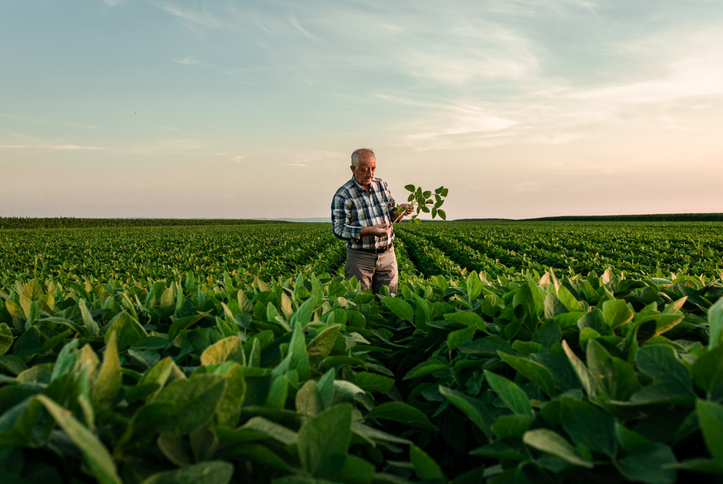 Almost two thirds of workers (64%) would consider taking a pay cut if a new role offered other benefits, a new study reveals today.

According to Aviva’s latest How We Live report, more than a fifth of workers (22%) would think about taking a lower salary if they had the option to do hybrid working, while almost a third (31%) would do the same if they were able to choose flexible working hours.

Almost a fifth of workers (18%) would be prepared to take a wage cut if they were going to work for a charity or not-for-profit organisation and 15% would do so if the company had strong environmental credentials. In the latter two cases, the view is higher amongst under-25s, with a quarter of people in this age group saying they would consider a lower salary for these reasons.

Aviva’s previous How We Live report (November 2021) discovered two thirds of employees intend to make changes to their careers in the next 12 months.

Aside from potential pay-cuts, around three fifths (58%) of UK workers would consider changing their current role for a “greener” career.

The study suggests that this attitude is more prevalent in some sectors than others, with workers in finance and engineering / building among those most likely to hold this view at 70% in both cases.

Green schemes in the workplace

However, there is also evidence that employers are becoming greener. Three quarters of workers say their employer has made changes to improve its environmental impact in the last five years – although 75% of people within this group feel there is still more to do.

More than a fifth (21%) of workers say they are already participating in initiatives to make their employer more environmentally-friendly, while an additional 50% of employees would like to get more involved in this area.

There is welcome news too regarding the uptake of existing “green” schemes with current employers. The majority of employees say their organisations offer some initiatives aimed at reducing their impact on the planet, ranging from cycle-to-work programmes, to removing single-use plastic from workplaces, to electric vehicle leasing schemes. 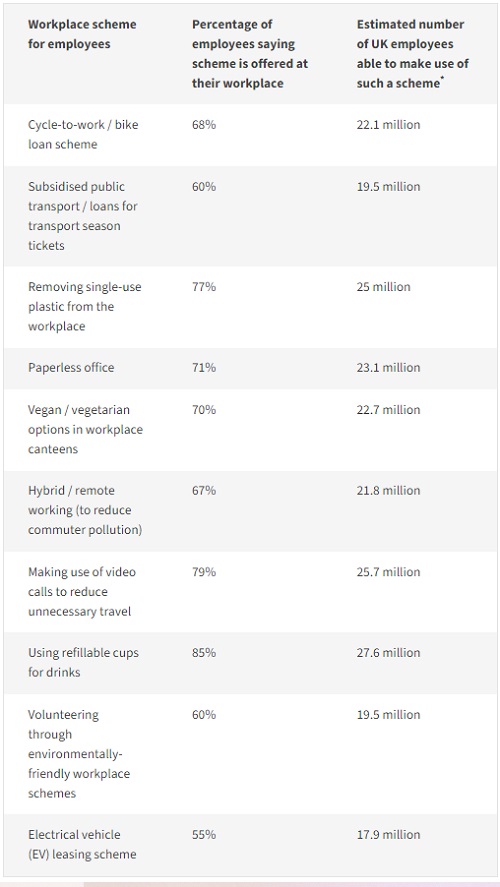 Jon Marsh, MD, Partnerships, Aviva General Insurance says: “Sustainability is very much on the radar for businesses large and small and it is positive news that so many UK people are bringing green thinking into their working routines, as well as their personal lives.

“The latest How We Live data shows that a great many employees are already involved in environmental initiatives in their workplace – from simply re-using cups, to limiting unnecessary travel, to making use of electric vehicle leasing schemes.

“Three quarters of workers acknowledge that their employer has made environmental progress in the past five years – but they want to do more to make a difference. This could mean actions taken in a current role or switching to a position with a more environmental focus – but the emphasis on green career ambitions is clear.”