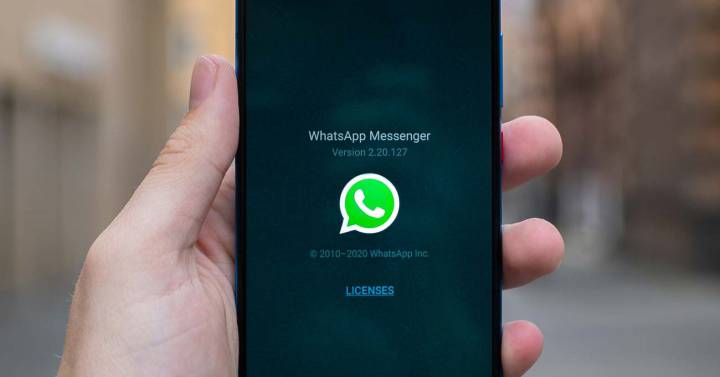 Privacy is a mantra in everything that has to do with technology that is impossible to avoid. The bigger this is, the better… but we are in a time when achieving this is very complicated. But it is no less true that steps are being taken to offer improvements in this section, such as the one that works WhatsApp when leaving the groups. And the truth is that it is a success.

About a week ago it was known that the company is working to ensure that, when someone leaves a group in the application, not everyone finds out those who participate in this. It is a good option, since the decision usually results in an important debate that, on occasion, leads to direct messages asking for explanations or something similar. And, therefore, there are not a few who decide to stay for not have to suffer these follow-ups.

Consequently, making this possible is a excellent idea so that things can be done without everyone having to know. In other words, privacy is enhanced… which is something that is always positive for users.

This will be the new way to leave WhatsApp groups

thanks to one image that has been published several details of this new function have been known. The first is that the usual message that appears on the group screen notifying the exit of a user will pass to a better life. But yes, some will be informed: the administrators (which makes sense now that these figures are going to be promoted on WhatsApp, in the purest Telegram style). And this becomes extremely clear when you read the message that appears when you decide to actually make an exit, as you can see below:

There is a curious detail that is worth mentioning. As well as showing that if you decide to leave a group, the administrators will be notified, there is also the possibility of choosing the mute the group. This will cause some to doubt because, if you do the last thing we have indicated, you will not receive the notifications that arrive and, therefore, you will not be bothered… But you do not leave the community. It is the way that many have to act right now so as not to have to leave the group.

Arrival of this new function

Being very positive the function we are talking about, ideally it should be as soon as possible. But yes, at the moment it is not active, but it is present in the code of the test version by WhatsApp (for both mobile devices and computers). Therefore, it would not be surprising that in a matter of few weeks activated this function to go unnoticed when leaving groups and, in this way, to increase privacy.