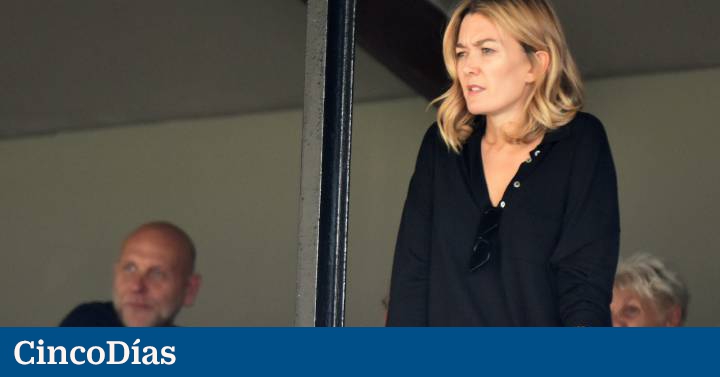 Inditex revealed this Wednesday, through his 2021 remuneration report, the salary he will receive Martha Ortega as president of the group, a position that she will occupy as of April 1, and that will not have executive functions.

In total, Ortega will receive one million euros each year for her functions: 900,000 as remuneration as president, and another 100,000 in her capacity as director. To set this salary, the company has taken several elements into account. It must be remembered that, until now, the main executive functions and the presidency were brought together by Pablo Isla, but with his departure, these will be divided between Ortega and Oscar Garcia Maceiras, CEO. Hence, the Inditex remuneration committee has had to create two new salary levels for both.

In the case of Marta Ortega, the textile group has highlighted “her knowledge of the retail business in the fashion sector and of the Inditex Group, where she has developed different roles and functions, and its importance from an institutional perspective”.

As the company highlighted when it made his appointment official on November 30, Ortega has worked in different areas of the group over the last 15 years, and in particular, highlighted his role in “strengthening the brand image and Zara fashion, an area that it will continue to monitor.

His work in campaigns with creatives such as Steven Meisel, Fabien Baron, Karl Templer or Luca Guadagnino was also highlighted, “as well as the launch of new premium collections, including Zara SRPLS and Charlotte Gainsbourg by Zara”.

The remuneration committee has also taken into account the “special responsibility of the position and the criticality of its functions”, since, in addition to being chairwoman, it will have the internal audit, general secretary and board secretary areas under its direct responsibility, as well as the communication. Another point is her exclusive dedication, unlike other members of the council.

Lastly, Inditex has also followed the recommendations of institutional investors, proxy advisors, those customary in corporate governance, and market practices in other European countries. To do this, it has analyzed the salaries of non-executive chairmen of other boards in companies of the Ibex 35, the French CAC40, the Italian FTSE MIB, the German DAX 40, the Swiss SMI and the British FTSE 100.

For his part, Pablo Isla will leave the company on March 31. After that, he will receive up to 27 million euros, between the compensation for the non-competition agreement, the annuity that corresponds to the termination of his relationship with Inditex, and settlements of incentive plans and other bonuses, which also included, in some cases, packages of actions.

In exchange, Inditex has modified the content of the non-competition agreement, considering that the terms were “outdated”. Until then, it was said that it could not carry out “concurrent” activities with those of Inditex or another group company for two years. If he does, he would have to pay an annuity compensation from his fixed salary.

Now, Inditex believes that Isla’s profile is “extremely valuable and attractive to any competing company”, after the process of growth and digitization that the company has carried out under his management. The council considered “a serious strategic risk” for Inditex the conditions that Isla had in its non-competition agreement. For this reason, he has raised the compensation from one to two years, equivalent to his total remuneration, that is, including variables.

For this reason, it has expanded the scope of the non-competition obligation, covering “the marketing of any products that are the same, similar or complementary to those marketed by the Inditex group, through online channels and logistics services”.