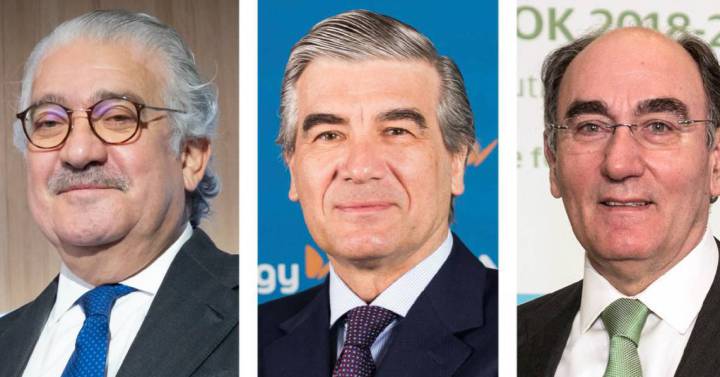 The mantra of consumer associations has always been that the regulated electricity tariff is, with few exceptions, better than the free market. But the voluntary price for the small consumer (PVPC) almost immediately affects the increases in the wholesale market.

The advantage of the free market is that companies set the price, and now they have the margin to offer better prices thanks to the fact that utilities hedge against price differences with derivatives. Iberdrola, Naturgy and Endesa are running massive advertising campaigns with rates that promote prices much lower than those paid with the regulated rate.

Around 27% of consumers have contracted the PVPC, according to data from the CNMC. Large companies have routinely promoted free market rates, usually more profitable for them than for consumers. The escalation in the price of the PVPC now offers an incentive for consumers to leave behind that controlled rate in exchange for promises of savings, at least in the short and medium term.

The campaigns of the large electricity companies start at 58 euros per megawatt hour (MWh) and claim to ensure stability for the next five years. However, the Organization of Consumers and Users (OCU), warns that “it is registering increases of almost 30% in the free market, which requires extreme caution.”

In 2009, the total liberalization of energy in Spain took place and consumers can choose who they are going to pay their bill to, choosing from the around 100 trading companies that currently exist. The CNMC price comparator reveals that in the last 12 months with the regulated tariff for an annual electricity consumption of 3,000 kWh and without additional services with a series of simulation conditions (peak consumption of 858 kWh, flat of 738 kWh and 1,404 kWh), the cost of the bill would have been 694 euros.

The body that monitors competition, while regulating the sector, reveals that there may be savings in free market rates in the last year, with one from Repsol that would have involved the payment of 589 euros. But it also shows that, of the 40 free market tariffs, only one more would have been cheaper. The most expensive ones almost double the prices of the PVPC, with more than 1,000 euros of annual invoice.

First, you have to understand the situation in the energy market. The price of electricity in the wholesale market has skyrocketed in the last two months, breaking record after record and is approaching 300 euros per megawatt hour. One of the main causes is the spiraling rise in natural gas, which is expected to continue in the coming months due to a possible shortage of supply in the face of winter.

Natural gas futures with delivery in December exceed $ 260 per megawatt hour on the European Intercontinental Exchange market, which is a much higher level than the less than $ 45 at the end of 2020. In addition, the prices of the rights of Carbon dioxide (CO2) emissions are also skyrocketing. The price has exceeded 65 euros per ton for the first time in history, according to ICE market prices.

Well, in this context, Endesa has launched the ‘One Time’ rate, which is calculated on a base price of € 58 / MWh and will remain fixed and unchanged for two years. The company led by José Bogas affirms that this is how it offers all consumers who are currently in the regulated market an alternative that allows them to mitigate the negative effects that the increase in the price of energy is having on their bills.

It should be remembered that the fluctuations in the daily price affect consumers covered by the regulated tariff, almost 11 million, while those in the free market are exempt, about 17 million. Endesa explains that its rate is aimed at residential customers with up to 10 kilowatts (kW) of contracted power that are currently in the regulated market or to new customers who come from the free market.

It also indicates that the energy comes from renewable sources and that it does not have permanence, as well as that it has bonuses for efficient consumption and has a free quota per year. A 50% discount is applied to the second installment and another 50% to the third. However, surcharges may occur if the contracted consumption is exceeded by more than 30% per year.

The company chaired by Francisco Reynés has launched the Forget the Pool initiative with a free rate that ensures a price of € 60 / MWh for the next two years, which will be able to hire both its eleven million current and new customers.

Naturgy indicates that it wants to prevent the escalation of wholesale electricity prizes from being transferred to the small domestic consumer and offers to ensure the cost of energy at a price much lower than the current one for the next 24 months, without additional conditions and without permanence.

The offer is aimed at Naturgy’s electricity customers, both on the regulated and liberalized markets, and also at customers of other trading companies who want to modify their conditions.

Iberdrola is committed to personalization

From the energy company that Ignacio Sánchez Galán presides, they emphasize that the campaign they have launched is not about new products, but recalls that they already had “many millions of customers who, under different plans, have solutions at stable prices guaranteed for five years and personalized “.

Iberdrola has almost seven million customers with a fixed price, of which more than six million are households with ‘customized plans’: smart solutions that it offers to a customer who wants to choose how and when to consume electricity, adapted to their spending habits. life and “oblivious to the volatility of electricity prices in the markets.”

These are the plans of this company:

– For communities of owners.

The price of electricity in the wholesale market has skyrocketed in the last two months, breaking record after record and is approaching 300 euros per megawatt hour. One of the main causes is the spiraling rise in natural gas, which is expected to continue in the coming months due to a possible shortage of supply in the face of winter.
Natural gas futures with delivery in December exceed $ 260 per megawatt hour on the European Intercontinental Exchange market, which is a much higher level than the less than $ 45 at the end of 2020. In addition, the prices of the rights of Carbon dioxide (CO2) emissions are also skyrocketing. The price has exceeded 65 euros per ton for the first time in history, according to ICE market prices.