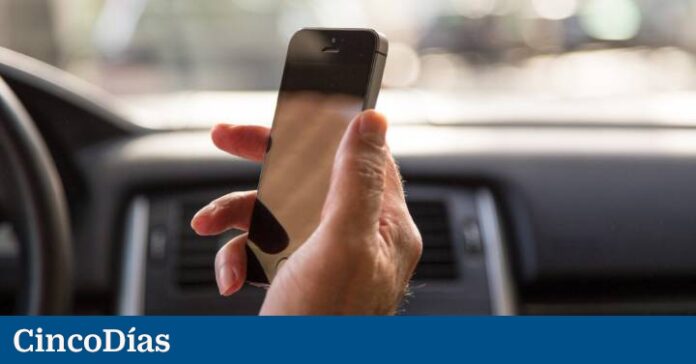 Finally, the diesel tax will not increase, which had many Spaniards in suspense, but the Government has redefined a 2021 loaded with changes in traffic, which will affect the pocket and the points account of the card. “Never so few lines of an Official State Gazette will change life so much in terms of road safety, especially in cities,” says Ramón Ledesma, advisor to the consulting firm Pons Seguridad Vial. “But for the better,” he emphasizes.

This expert refers to the reduction of speed in cities, included in a package of legal reforms recently approved by the Executive, which also toughens the penalties for risky behavior behind the wheel (including the use of mobile phones), regulates the use the electric scooter and check the card system for points. The goal: halve the number of road deaths in 10 years.

But, in addition, those who are going to buy a new car will also find themselves in 2021 with an increase in the registration tax, which will raise its price by about 1,000 euros.

The new regulations slow down to 20 km / hour on streets with the same road and sidewalk; at 30 km / hour on roads with a single lane in each direction and on those with two or more lanes, at 50 km / hour. Likewise, in overtaking, it eliminates the possibility of passenger cars and motorcycles exceeding 20 km / hour on conventional roads, a measure already taken in the rest of the European countries.

The registration tax will increase by 5%, which will raise the price of vehicles by about 1,000 euros

Limiting speed was one of the most anticipated measures, since, according to Ledesma, “the impact will be immediate.” He estimates that it will reduce 25% of deaths and serious injuries “because, in the event of a run over, 95% of pedestrians survive at 30 km / h, compared to 50% when the speed is 50 km / h.”

“The environment of cities is changing with new forms of mobility and speed must be adapted to the new circumstances,” says Fernando Minaya, advisor to the Foundation for Road Safety (Fesvial). And it is that in Spain, last year, 519 people died in the city (half run over) between cyclists, pedestrians or motorists.

Fundación Mapfre already proposed in 2015 to reduce speed on urban roads, recalls Jesús Monclús, director of prevention and road safety. “The bad thing is that it takes five years to pass such a basic measure.” But, in his opinion, cutting the accident rate also implies “investing in improving roads and road safety, encouraging the incorporation of safety technology in cars, and so on.”

Indeed, “there are some roads that should reduce speed, even more (near schools, hospitals, senior centers)”, considers Antonio Lucas, director of road safety of the RACE (Real Automobile Club), an entity that is committed to variable speed . “This so generic norm can cause unjustified retention in streets that do not require it”.

The points card is another of the systems reviewed after almost 15 years since its introduction. “It was necessary to update the sanctions and review the system because it will help raise awareness about risky behaviors that cause claims or aggravate the resulting injuries,” clarifies Lucas.

As expected, the use of a mobile phone in the car is the most punished, taking into account that in 2019 it was responsible for 28% of fatal accidents in Spain. If until now the sanction meant the loss of three points and a fine of 200 euros, when the rule comes into force, the driver will lose six points and the fine will rise to 500 euros. “Unfortunately, financial penalties are the only way for the driver to learn not to carry out risky behaviors,” believes Minaya.

Not wearing a seat belt, child restraint systems or a helmet will detract four points instead of three; and the norm will classify as a serious offense the mere fact of carrying radar detection devices, with a fine of 200 euros and the loss of three points. Today only their use is sanctioned and the picaresque was to disconnect them at the roadblocks.

Scooters and other personal mobility vehicles (VMP) with one or more wheels, powered by electric motors, with a single seat and with a maximum speed of 25 km / h are also subject to regulation. In addition to complying with traffic regulations like other cars, they will not be able to drive on sidewalks or pedestrian areas, on interurban roads, crossings, highways and highways, or in urban tunnels.

Regarding the recovery of points, the rule unifies in two years the period that must elapse without committing infractions to recover the initial balance (now it depends on the seriousness of the infraction) and introduces the possibility of recovering two points when carrying out courses safe driving. Using intercom devices in its performance will entail a fine of 500 euros, as it is considered a very serious offense, and six months without being able to take these tests again.

Speed. With the pandemic, the speed reduction has greater acceptance because a city with fewer cars has been known, says Ledesma. According to a joint study by Pons Seguridad Vial, Iberdrola and Geotab, 64% of Spaniards are in favor for the first time since 2016.

Skateboards. To circulate, personal mobility vehicles will have to have an accrediting circulation certificate that will be approved soon by the DGT.

Trucks In the absence of professionals, the minimum age required to drive trucks is reduced to 18, compared to 21 years old, having passed the certificate of professional aptitude (CAP).