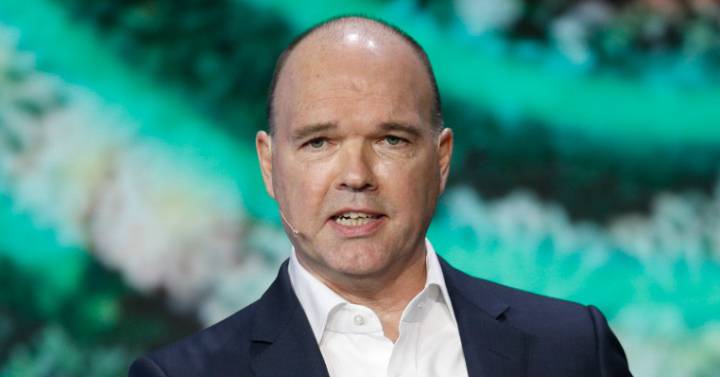 The tendency of the hard cores in the capital seems to return in some big telecoms, after the offensive of investment funds and activists in recent months. The big move came this week with the entry of the Arab operator Etisalat into Vodafone, after acquiring 9.8% of its capital and becoming the largest shareholder, in a transaction valued at 4,400 million dollars (about 4,170 million euros).

In a communication sent to the stock market authorities, Vodafone indicated that it hopes to build a long relationship with Etisalat. The entry has materialized shortly after the emergence of activist funds such as Cevian, which had increased the pressure on the operator’s leadership and its CEO, Nick Read, demanding more intensity in corporate operations in different markets.

Hatem Dowidar, CEO of Etisalat, pointed out that his company has bought this stake because Vodafone is undervalued and the dividend returns are greater than the costs of the debt that supports the operation. In an interview with Reuters, he explained that they have no plans to expand their presence for now and will remain a passive investor.

The arrival of Etisalat at Vodafone does not seem like an opportunistic transaction, carried out overnight. According to market sources, both have had to be negotiating the operation for quite some time, with which the British group can keep away the noise about mergers, in addition to recovering the interest of investors.

At the end of 2021, comments emerged in the market about possible changes in the status quo of Telefónica, especially after the reorganization of its board of directors, which meant a reduction from two to one of the representatives of Caixabank and BBVA. The teleco said that the intention was to continue implementing the best corporate governance practices in terms of the number and composition of the board.

Market sources said then that the move to a single director was in line with the participation of both financial entities in the capital of Telefónica, which moves around 5%.

The presence of reference shareholders has also been noted in one of the great upheavals in the European telecoms sector: KKR’s takeover bid for Telecom Italia, for more than 10,000 million euros. In this case, the French Vivendi, owner of 23.7% of the capital (ahead of the public entity Cassa Depositi e Prestiti, with 9.8%), showed its reluctance to the operation, considering that it undervalued Telecom Italia.

KKR offered 0.505 euros for each share of Telecom Italia, a price lower than that paid by Vivendi when he joined the company, which exceeded the level of one euro per title. Finally, the board ruled out providing the information requested by KKR and the takeover bid ran aground.

Another movement of significance is the one carried out by Patrick Drahi, controlling shareholder of Altice, who, at the beginning of the year, increased his stake in BT to 18%, becoming the largest shareholder, ahead of Deutsche Telekom, owner of a 12%. The teleco’s board warned that he would continue to manage the business in the interest of all shareholders.

The doubts center on knowing if Drahi will increase his participation again from June, once the blocking period ends. However, different investment banks warned that Drahi will have a greater influence on the possible movements of BT.

state. Some of the big European telcos are still under the control of their respective states. Thus, public participation in the German Deutsche Telekom is greater than 30%; in the French Orange it is 23% and in the Nordic Telia it is 39.5%, among other companies.

Pressure. Operators have come under pressure in recent months from activist funds as well as investment groups. These firms have sought to gain presence in the sector, taking advantage of the vulnerability of the operators on the Stock Exchange, as a consequence of the deterioration of their results caused by the toughening of competition.

Bag. The European telecoms are undergoing a recovery exercise on the Stock Exchange, after the punishments suffered in recent years. Among other companies, Telefónica registers an annual rebound close to 21%; by 22% of Orange; and 10.5% of Deutsche Telekom. Vodafone rises almost 5%, especially thanks to the pull of the last few days with the landing of Etisalat; while Telecom Italia lost 39% in the year, a fall that has worsened in recent weeks after the withdrawal of the offer presented by KKR.