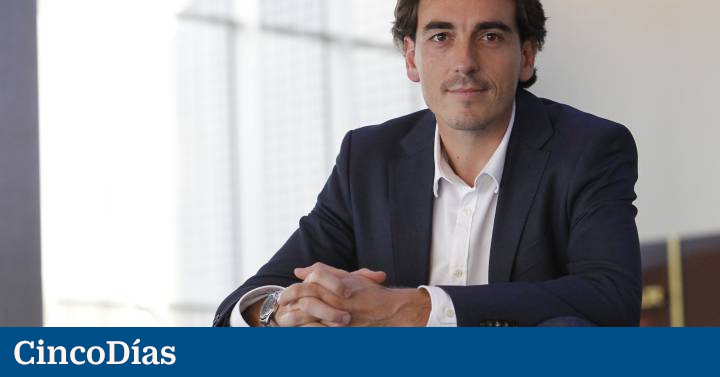 “The most important thing about this agreement is that it can be transformative for Spanish biotechnology.” With those words he congratulates Joan Perelló, CEO of Sanifit, for the sale of this Mallorcan company to the Swiss pharmaceutical company Vifor. It becomes the biggest success story of a biotec Spanish, since the Swiss group will pay 205 million euros, plus another 170 million linked to the fact that the drug that the Balearic company is experimenting with reaches the market, as both firms advance this Monday. But the final amount can be much higher, of payments of “high triple digits in million euros” for drug sales, according to a joint statement.

The CEO of Sanifit, in conversation with Five days, reveals that these sales payments can be of “hundreds of millions of euros” to the current shareholders of Sanifit, depending on the success in the commercialization, in an operation without precedent by size in the sector in Spain.

Helvetica acquires Sanifit due to interest in an experimental drug of the Mallorcan company, provisionally called SNF472, to two lethal pathologies in the field of renal cardiology, specifically by the calcification of blood vessels. Currently, the most advanced study is in phase III (last stage before a potential marketing authorization) against the calcifilaxis or calcifying uremic arteriolopathy. The second trial, much more business-relevant and affecting a larger population, is waiting to begin phase III. In this case, fight against Peripheral arterial disease, which suffers a significant proportion of dialysis patients.

Among the current shareholders who sell are the founding team and various funds and entities. The one with the greatest participation is Risk Capital Cash (CriteriaCaixa venture capital manager). Also relevant are Ysios (who has the former minister Cristina Garmendia como socia), Edmond de Rothschild Investment Partners, Columbus Venture Partners, la catalana Alta Life Sciences, Lundbeck Fund (parent company of Lundbeck Pharmaceuticals and ALK-Abelló) or the multinational Baxter, among others. On the public side there is also the CDTI (Center for Industrial Technological Development), through the Innvierte program. Numerous employees are also shareholders of Sanifit thanks to the stock option program.

One of the great beneficiaries of the operation, if the drugs are successfully approved, will be the University of the Balearic Islands, since you will receive a percentage of the potential sales, because Sanifit was born as a spin-off from the university center.

The acquisition by Vifor is explained because the biotec Mallorquina has sought resources to launch phase III studies for its second indication, peripheral arterial disease. The options were open. An alternative was an investment round by new shareholders to pay for clinical studies with patients, and another option was to license the product to a large pharmaceutical company in exchange for royalties. But Perelló says that at that time Vifor’s interest in taking over the company 100% came.

The Spanish management team, headed by Perelló, will remain with the company. The current technical and scientific team located in Palma will also be maintained.

This Swiss group works in therapies against iron deficiency, nephrology and cardio-renal. Last year it had a turnover of around 1,600 million euros and has a market capitalization of more than 7,300 million. Among its companies is a joint venture with the German group Fresenius, a holding company that controls the Quirón Salud hospital company in Spain.

The operation is expected to be authorized in the first quarter of 2022. On that date, Sanifit wants to have prepared the launch of phase III trials for peripheral arterial disease, already under the umbrella of the Swiss multinational. In the case of calciphylaxis, the company anticipates that the phase III study ends at the end of 2022 and, if the efficacy results are positive, you can start be distributed in early 2024, in which it would be the first drug to reach the market of the Mallorcan firm.

“SNF472 is the only novel asset that addresses a large unmet medical need for patients with end-stage kidney disease,” said Abbas Hussain, CEO of Vifor Pharma Group, in the statement. “We are looking forward to bringing this highly promising and innovative treatment option to more than 330,000 patients in the US and Europe. [que viven con estas patologías], as soon as possible, “he commented.

The great operation of the sector

This operation will be the largest in the history of a biotechnology company in Spain. “It is very relevant for the sector. I hope that this operation will help the pharmaceutical industry to focus on talent and research in Spain,” says Perelló. Only another operation in the sector can approach the importance of this sale, as was the case of the purchase by the Japanese Takeda of the Spanish-Belgian Tigenix, founded by the former minister Garmendia. In that case, the takeover reached 520 million, although the company was listed in Belgium.

In fact, Perelló highlights that this operation is an example for the Spanish biotechnology sector, in which it is possible to take “from the academy of a public university to phase III to a drug,” he says. “It is a success for the system.” It is very common in this sector worldwide for large pharmacies to take over small biotech companies to acquire new experimental products, but in Spain innovative biotech companies are very far from the big ones in the US or their European peers.

Another relevant operation was the purchase in 2012 by the German Saria of the Catalan Bioiberica, for around 170 million. In 2018, the Dutch Qiagen acquired the Catalan Stat-Dx for around 120 million in a down payment.

In 2019, Sanifit also achieved another record for the Spanish sector, in that case in the largest financing round, by raising more than 72 million.

Pablo Cironi, head of the investment area of pharma y biotech of Caixa Capital Risc, highlights that the firm has supported Sanifit since its inception and in all its stages, “a clear sign that there are many business projects with great potential in Spain and that with an adequate investment proposal it is possible to generate a high impact on society ”, according to the statement sent by both companies.