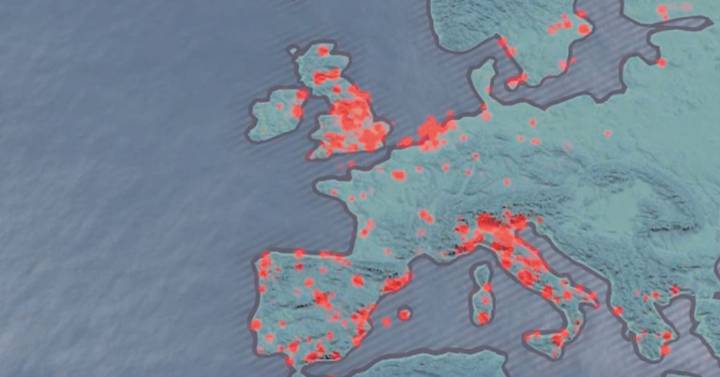 Much fewer xenophobic tweets are generated in Spain than in other European countries. This is one of the conclusions of a study carried out by the University of Salamanca, with European funding, which has analyzed almost 850,000 messages on Twitter between 2015 and 2020. One of the conclusions is that Spanish citizens are more tolerant on networks than others of his environment: “Compared to other European countries, Spain is very good. There are much fewer hate messages than in other countries, such as the United Kingdom or Italy”, explains Carlos Arcila, professor at the university and principal investigator of the article.

The study considered 850,000 geolocated tweets related to migrants or refugees, in all the countries of the European Union. These messages were classified by automatically detecting those that contained hate. To do this, Artificial Intelligence techniques were applied to the equipment of the Castilla y León Supercomputing Center. It was about comparing the xenophobic discourse in networks with attitudes of citizens (for example through surveys) or also with variables such as the proportion of immigrants in a region.

The researchers generated a visualization in video format showing where and when there have been large accumulations of hate speech towards immigrants and refugees on Twitter between 2015 and 2020. The low levels of hate detected in Spain contrasted with the amount of other countries with similar socio-cultural conditions, as is the case of Italy and Greece. The report also highlights the “negative attitudes” of Eastern countries, such as Hungary, a behavior explained by “historical issues” and also “political”.

In Brexit or with the arrival of Syrians on ships, there was an increase in hate tweets

“The problem of hate speech in Spain cannot be underestimated,” says Arcila. “But compared to other European countries, there is much more tolerance.” It is true that in Spain hate messages “circulate and have been increasing” above all, linked to the political discourse of the extreme right, explains Arcila.

The study establishes a relationship between the increase in hateful tweets and certain “moments of international tension”. For example, during the mass arrival of Syrians in Europe in 2015 and 2016, there was an increase in xenophobic messages. “The photo of ships arriving at the Greek islands generated attention in Spain,” he explains. Other studies relate the increase in hate messages to the discourse of the extreme right, for example the rise of Vox. “Messages and attitudes are a mirror of each other.”

There are differences between countries, regions and rural or urban areas

In general, peaks of these messages are observed coinciding with “media and social events”, such as in the United Kingdom with Brexit or in Spain with the arrival of the Aquarius ship in Valencia in 2018. “It generated controversy, media and citizen attention, which fired this type of messages, ”explains Arcila. There were tweets of support but also rejection. “These are things that we think about, but that we only verbalize at certain times,” she says.

In addition, differences were detected not only between countries but also between regions and type of localities (urban or rural). The xenophobic discourse is much more present in the big cities, such as Madrid and Barcelona. Both in number of messages and in proportion to the number of inhabitants. Between regions, both in Spain and Italy, peculiarities were observed in hate messages between southern and northern regions. “Neither the attitudes towards immigrants nor the volume of hate on social networks are the same in regions such as the Basque Country or Extremadura.” The differences, however, are “specific and not very significant.”

The arrival of the Covid pandemic has had the opposite effect. The study only reached the first months of the health crisis (data are collected until December 2020). “We have noticed a general drop in this type of messages,” says Arcila. The attention between March and July 2020 was focused on other issues in the field of public health or politics. “The communication of the health crisis left immigration in the background,” she says.