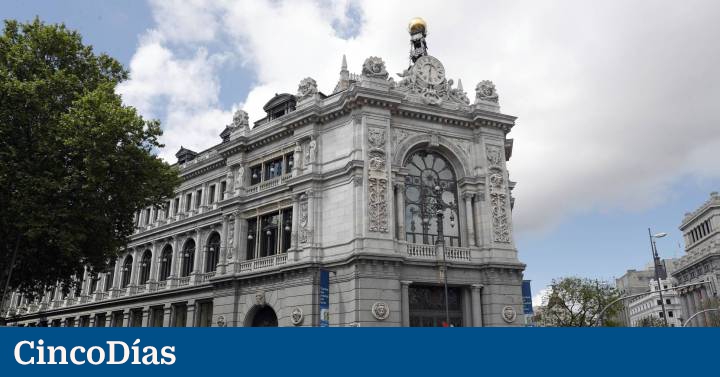 Spanish banking is prepared to withstand the climatic stress tests to which it will be subjected for the first time this year, the results of which will be published by the European Banking Authority (EBA) in July. Although these are new tests for the entire sector in the European Union, the Bank of Spain considers that Spanish entities will pass them.

“We don’t know how it’s going to turn out because it’s the first time it’s been done, but until now, at an aggregate level, the financial sector would resist adequately,” explained the Bank of Spain’s general director of economics and statistics, Ángel Gavilán.

Although the analyzes carried out by the Bank of Spain are not the same as those carried out by the EBA, what the supervisor has detected is that in the worst case scenario, the materialization of climate risks could lead banks to consume of capital of 0.1 or 0.2 percentage points, at the aggregate level, which does not imply a great impact.

The banking authorities are in the process of reviewing the risks that banks face and verify that they are equipped to manage them properly. Specifically, it is a supervisory stress test to assess the level of preparedness of credit institutions to face financial and economic shocks resulting from climate change.

And it is that the contribution of the banking sector is considered “essential” to be able to carry out the ecological transition due to the enormous investment that must be financed in the coming years. According to the Bank of Spain report, beyond the initiatives that public authorities can develop, in reality it is the financial system that will have “a fundamental role” in channeling the necessary funds.

In this sense, the supervisor considers it necessary that banks “can correctly identify the degree of exposure that they themselves and the rest of the economic agents present to the different physical and transition risks associated with climate change, and that they actively incorporate this information in its risk management.

In addition, his report highlights the great rebound that sustainable finance has experienced in recent years, both globally and in the Spanish market, awakening the appetite of investors. This has led to the development of financial instruments, such as green bonds, social bonds, sustainability bonds and bonds with objectives linked to sustainability.

In total, the issuance of these instruments went from a volume of 15,000 million euros to more than 25,000 million in 2021. In particular, it highlights that green bond issuances increased by 83% in the last year, above 15,000 million of euros.

However, the Bank of Spain warns that if the prices of these bonds do not fully incorporate all the climatic risks to which they are exposed, there would be a mismatch since in the assets for which the climatic risks were being undervalued, or the benefits of the transition, could suffer sharp adjustments in their price at any time. In addition, “the allocation of resources between activities, sectors and companies would be distorted”.