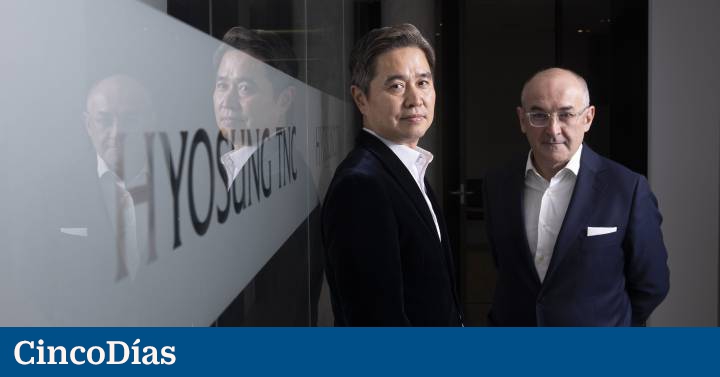 The installation of ATMs in rural areas It is one of the solutions contemplated by the banking sector to avoid financial exclusion. And in the midst of a reorganization process to provide services to vulnerable groups, the South Korean company Hyosung has decided to open its technological equipment division for banking in Spain with the aim of compete against giants like Fujitsu. The Asian firm aims to ally itself with the big banks to extend its network under the promise of accessible, safe and easy-to-use ATMs for all age groups.

Although Hyosung is not a popularly spread brand in Europe It is the third largest manufacturer of ATMs in the world. and it has a strong presence in the markets of Asia and the United States, where it sells its terminals to three of the top five banking groups. According to its general manager in Spain, Ramiro Sanchez-Crespothe company is in the process of expanding throughout Europe and for this it will seek agreements with Spanish banks in the coming months.

“We work for banks and for ATM operating entities and we are in talks with all the financial entities that we believe we can help in their transformation process. Our medium-term objective is to consolidate ourselves as a benchmark partner for Spanish banking , offer you different solutions than the ones you currently have,” he explains.

To begin its conquest of the Spanish market, the South Korean firm counts as a technology partner with Redsys, one of the most used payment gateways in Spain for online businesses. According to its estimates, it will start delivering equipment in the second half of the year. Globally, the company has 600,000 ATMs in operation around the world.

Within the growth plans, Hyosung plans to open its new headquarters in Barcelona before summer they will be located on Avenida Diagonal.

Accessibility for the elderly

At a time when the Spanish banking sector is designing initiatives to offer financial services to vulnerable groupsHyosung is presented in the Spanish market defending the ease of use of its equipment.

“It is not about what technologies they incorporate, but about how they are used. Being able to withdraw cash with a mobile phone is not the same as being able to do it easily and safely. That is where the Korean technological experience makes the difference. The social debate of financial exclusion, so current in Spain, does not question digitization, but rather how accessible or easy to serve it is”, values ​​Sánchez-Crespo.

In this sense, the experience of Asian companies in offer technological products adapted to groups of older people. “In Asia there is a reverential respect for older people. That is why the ATMs there, in addition to incorporating the latest in biometrics or contactless, also have simplified buttons and menus, with larger fonts,” he details.

According to data from the Bank of Spain, the number of ATMs has been reduced to 2002 levels At the end of the third quarter of 2021, there were some 48,000 terminals in operation.

“A relevant fact is that South Korea has a population of 52 million inhabitants, similar to that of Spain, with 46 million. However, South Korea has double the number of ATMs, 100,00 against 50,000, more or less 20 % less than what existed before the 2007 crisis. This has meant a very important reconversion process, perhaps little understood by customers,” he concludes.

Industrial conglomerate. Hyosung is one of the largest South Korean global corporations, present in the chemical, energy and industrial systems, textile, raw materials and banking technology sectors. In fact, in Spain in these industrial divisions it is a commercial partner of some companies such as Iberdrola, SGRE, Siemens-Gamesa or Técnicas Reunidas.

Recover the pre-pandemic business. The company closed the 2021 financial year with a turnover of more than 233 million euros in Spain, which is 13% more than that achieved before the pandemic. By 2022, the company plans to continue growing in the country with the arrival of its ATM division and the inauguration of its new central offices in Barcelona before the summer.