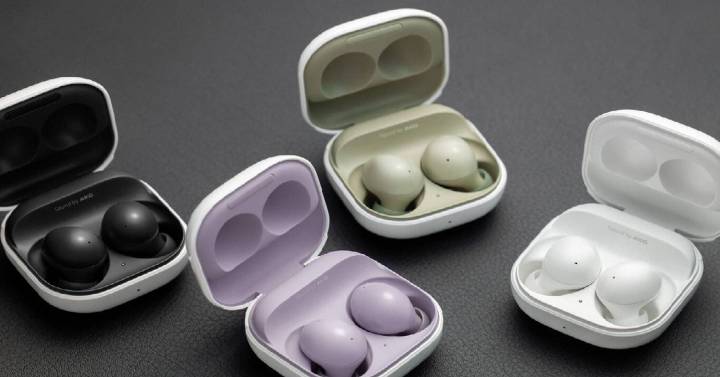 Samsung and its Galaxy Buds family of headphones has become one of the best alternatives to Apple’s AirPods solutions. The Korean manufacturer has a catalog beyond any doubt, in addition to updating its products to add new functions. This is exactly what is happening with the Galaxy Buds2.

When the Seoul-based firm introduced the Samsung Galaxy Buds Pro, it surprised us by announcing that they would feature a system called 360Audio and which is very similar to Apple’s spatial audio. A function that responds to head movements and that seems to be coming to the Galaxy Buds2 very soon.

Or this is what emerges from the information that GSMArena colleagues have published and in which they announce that Samsung Galaxy Buds2 headphones are receiving an update via OTA that gives these devices support for 360 Audio.

In case you don’t know this technology, say that is able to work with most applications on the market since it simply changes the position of the audio channels depending on the movements of your head, achieving an enveloping effect that will surprise you.

It cannot be compared to other surround technologies as its mechanism is different, but the effect that Samsung achieves with 360 Audio makes this update to the Galaxy Buds2 excellent news for owners of this pair of headphones.

Note that the firmware update, corresponding to version R177XXU0AVC8, has a weight of 3 megabytes and is reaching the Galaxy Buds2 headphones in stages. So if you have this gadget in your possession, you just have to have a little patience if you haven’t already received the notification to update your headphones.

Regarding the novelties included in this update, it is indicated that the quality of calls will be improved, in addition to the stability of the Bluetooth connection. But the most important thing comes with the arrival of the support for 360 Audio.

If you want to see if you can already download the corresponding update on your headphones, all you have to do is download the Galaxy Wearable app (if you don’t already have it), select the Samsung Galaxy Buds2 and touch Update to see if there are any firmware improvements available.

As we have indicated before, it is an update that is reaching all devices in stages, so if you have Samsung Galaxy Buds2 and want to enjoy Samsung’s 360 audio technology, you only have to wait a few days for the improvement of firmware is available globally.