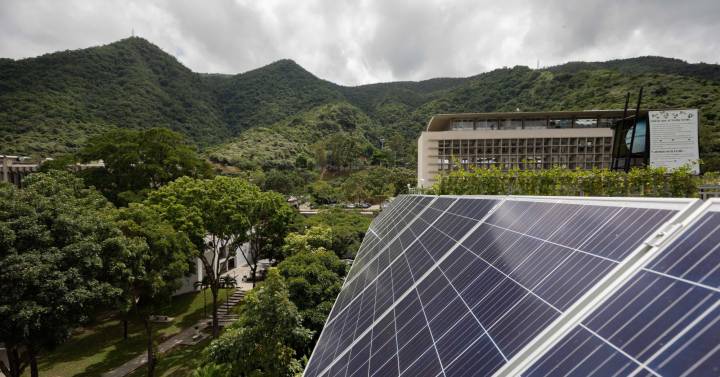 The Association of Renewable Energy Companies (APPA) estimates that the price of electricity in the wholesale market (‘pool’) will be between 100 and 120 euros per megawatt hour during the year 2022.

This was stated by the general director of the renewable energy association, José María González Moya, in a meeting organized in Servimedia to address the situation of photovoltaic solar energy.

“We expect a significant reduction in the price of electricity, although not substantial. We are still going to see a stressed 2022 with high prices,” said González Moya, who indicated that electricity prices in the futures markets point to these figures. However, this forecast is up to 186.6% higher than the historical maximum that was registered in 2008, when the average price of electricity was 64.43 euros per megawatt hour.

In this way, the CEO of APPA ruled out that the price of energy in the wholesale market would return to pre-pandemic levels before 2023. “We are not able to set the price of our energy because we do not have sources in the form of gas or oil, “explained González Moya.

In this sense, he pointed out that Spain has a “real problem” in terms of energy due to its high dependence on fossil fuels produced in third countries. In fact, Spain imports 74% of the energy consumed, compared to 55% of the average for the European Union.

“Spain has to breastfeed and take advantage of its oil, which are mainly renewable, sun, wind and water,” continued González Moya, who defended developing actions “as soon as possible” to develop a long-term strategy that allows guaranteeing that renewables account for 74% of the energy consumed in Spain by 2030.

For his part, the director of business diversification of Redexis, Miguel Mayrata, admitted that they do not know what will happen with the price of electricity, but assured that “the individual responsibility of all is to move towards the implementation of energy generation systems as much as possible. close to possible self-consumption “.

“It is necessary to be able to gain energy independence as a country. However, it requires very conscientious long-term planning,” warned the representative of Redexis, who pointed to the development of renewables as the “key to the future” to achieve real independence. from third countries.

On the other hand, the four participants in the meeting agreed that the self-consumption of photovoltaic solar energy can “shield” the electricity bill of households.

“In a context in which energy is very expensive, the installation of photovoltaic solar in residential homes, in the tertiary sector and in industry, as well as the installation of self-consumption allow a very important relief in the electricity bill and an energy independence that makes you not depend on market fluctuations, which translates into a stability in the price of the energy consumed and a greater demand for self-consumption facilities, “explained Mayrata.

On this issue, the president of APPA pointed out that “the only one who knows the price of its energy is the self-consumer”, while the Fronius business developer, Francisco Manuel Heredia, considered that self-consumption is “the panacea to reduce the high energy prices, in addition to the effects of climate change and economic recovery. “

“If an industry has a good installation of photovoltaic self-consumption, you greatly reduce the uncertainty of volatile market prices, because the sun rises every day. It is very important in order to protect and shield itself from the ups and downs,” Heredia concluded.