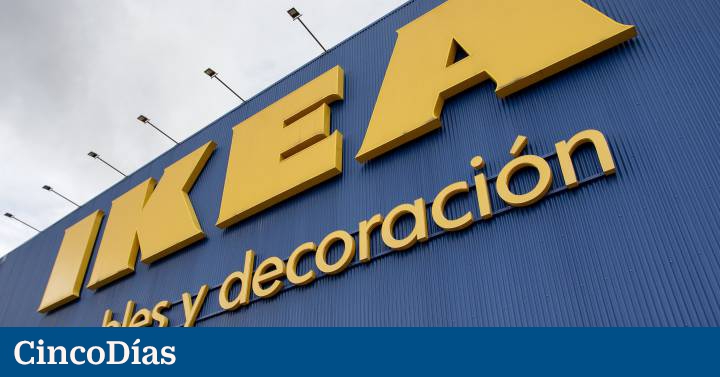 Ikea closed its fiscal year 2020-2021 in Spain with a new turnover record. The Swedish company achieved sales of 1,682 million euros at the end of the accounting year, on August 31, which represents a 16% jump with respect to the figures of the previous year. It also allows it to exceed by 5% the sales of the last fiscal year not affected by the pandemic and, with it, touch a new revenue ceiling in this market, the third in the world that has grown the most for Ingka Group, only surpassed by the United States and Russia and above Italy and China.

This has been confirmed by the company itself this Thursday, highlighting the significant growth registered in its online channel. This reached 356 million, a 90% growth with respect to the 187 million that it invoiced in this way in the previous year, and that explains most of the total increase in the company’s sales. If then the online represented 12.9% of the total turnover, now it already reaches 22.7%. Even greater is the jump when compared to the year that ended in August 2019. At that time, electronic commerce barely exceeded 5% of Ikea’s business in Spain and reached 108 million. In just two years, the Swedish home furnishings operator has tripled that amount. As the company has detailed, of those 356 million billed online, 52.2 come from the telephone sales services and virtual advice, which it launched as a result of the pandemic.

The newly appointed head of the Spanish market, Nurettin Acar, has valued the exercise in a statement as “very positive”. “We have continued to face challenges inherited from the pandemic and in which with the ability to adapt and especially the effort of the teams we have consolidated new channels, opened points of contact and sales in new regions and expanded our network in existing ones, and ultimately, We have grown the business while we continue to advance in our sustainable commitments and lower prices to be even more accessible ”.

With regard to growth by geography, the greatest rebound was experienced in Madrid, with a 21.2% increase in sales between its stores in Alcorcón, San Sebastián de las Reyes and the Goya store. Ikea opened a new store in Las Rozas on August 18, just a few days before the close of the year. Stores in northern Spain, located in A Coruña, Asturias and Barakaldo, also responded well, with a 20% growth; those of Valencia and Murcia, with 19.2%; and those of Valladolid and Zaragoza, 19%. Those located in Catalonia, specifically in Badalona, ​​Sabadell and L’Hospitalet, were the ones that registered the lowest increase, 5%.

Currently, the company has 16 of its classic large-size format in the country, in addition to 54 merchandise delivery points, 28 planning and design points, an urban store in Madrid and two Planning Studio centers in Catalonia. of the new Las Rozas store and the temporary outlets that it opens in different areas of Spain.

How to use an Instant Pot or modern pressure cooker | ZDNet