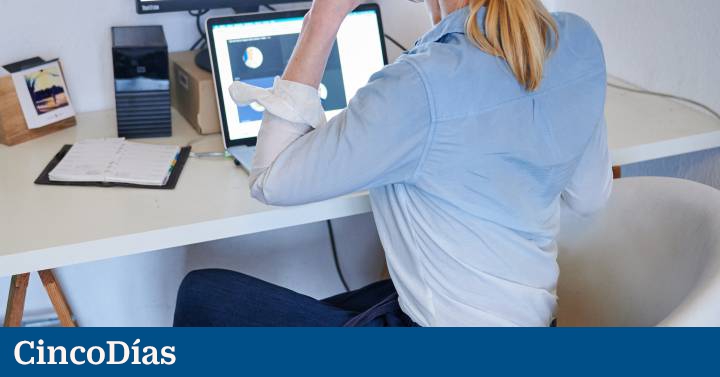 If the covid-19 pandemic marked a before and after in the way of working, by forcing the implementation of teleworking due to confinements, 2022 heralds the birth of a new era in which the Canary Islands are determined to play a leading role . The islands point beyond the digital nomad, whom they do not abandon, but now focus on attracting remote workers: they spend more time in the destination and even come with their families, which translates into higher income for the archipelago.

Nacho Rodríguez is the founder of Repeople, creator of the Nomad City event, and one of the most prominent references for remote work in the Canary Islands. For him, the pandemic has increased segments that were previously residual and that are now categories in themselves, and that also generate much greater added value. “In the end, the digital nomad does not stop being a nomad, with short stays, who has not really settled down anywhere, and which was interesting because it was a tourist profile that was not for a week, but between four and ten, and who spent more. But he didn’t stay.” For Rodríguez, it is as a result of the explosion of the implementation of teleworking that the figure of the teleworker emerges, who is not necessarily a nomad, but who can take advantage of that flexibility to change their place of work for an indefinite period of time. It is what he comes to call “temporary residents.”

Why are they more interesting for the destination? The founder of Repeople points to the fact that by moving not only as individuals but also in the company of his family, “given that the two professionals have the freedom to telework”, it is making it possible for them to relocate for longer periods. “They respond to a profile of greater purchasing power, which generates greater spending, not only the parents, but also the children.” That is the profile of the persecuted teleworker, the new push that the islands give. “We are ahead because when the rest of the world is starting to talk about digital nomads, we have taken a step forward to position ourselves before remote workers and their families,” says Rodríguez.

The founder of Repeople also points to the need to expand the strategy, and get companies that are working in a distributed manner to hold regular meetings to resolve this distance in the Canary Islands. “There I believe that the islands have an opportunity, not only to attract them for these meetings and to get to know the destination’s offer in terms of leisure and quality of life, but also to ensure that, as a result of this, they end up creating subsidiaries here or allowing their workers are installed here. If we were already having success in certain sectors such as animation or cinema, we can be very successful, especially in the technology sector”, he highlights.

The Minister of Tourism, Industry and Commerce, Yaiza Castilla, also has the teleworker in her sights. She points out that “a year ago, we set ourselves the challenge of attracting 30,000 teleworkers over the next ten years with the aim of establishing themselves in the archipelago to work remotely for periods of one to three months.” The positive evolution leads him to consider that this figure could be reached in half the time. Castilla specifies that, based on diversification, sustainability and responsibility, “remote work tourism can generate even greater added value for the local business network thanks to the longer stays of these travelers. She believes that by enjoying higher incomes and showing interest in local life, “they create new opportunities for cooperation and use of talent in our region.”

In addition to a complete action plan from 2020 to position the islands as a benchmark in this segment (the councilor points to an investment of 600,000 euros in communication efforts of this positioning), the councilor adds that by 2022 it will remain “with an amount similar”, the reinforcement of the strategy that allows the islands “a qualitative leap in the knowledge of the Canary Islands as the perfect destination for teleworking among the citizens of our main European markets”.

Ranking. The islands are among the preferred destinations for digital nomads from all over the world. In the Nomad List classification, a platform that periodically updates its ranking, and where it is the users themselves who value the destinations, the islands appear periodically in the first positions. According to data from the Ministry, on some specific days in recent months there were up to more than 4,000 people registered teleworking from the Canary Islands.

Estimates. The founder of Repeople points out that, according to estimates made by the North American city of Tulsa, one of the most advanced in the world in terms of resources it has allocated to attract teleworkers, “for every dollar invested in attracting workers, 13 dollars have been generated. dollars to the city. And for every two workers attracted, one job has been created in the service sector. They are overwhelming data”.

Community. One of the great values ​​of the islands to position themselves as a reference destination for remote work is to respond to the needs of socialization. “A tourist can spend a week or two and not talk to anyone or interact and be on their own, alone or accompanied. The teleworker is just the opposite: they need to connect with other people, locals or teleworkers from other parts of the world, with whom they can enjoy the value proposition of the city, town or area”, concludes Rodríguez.

Pepsico identifies Spain as a “pilot market” for the company